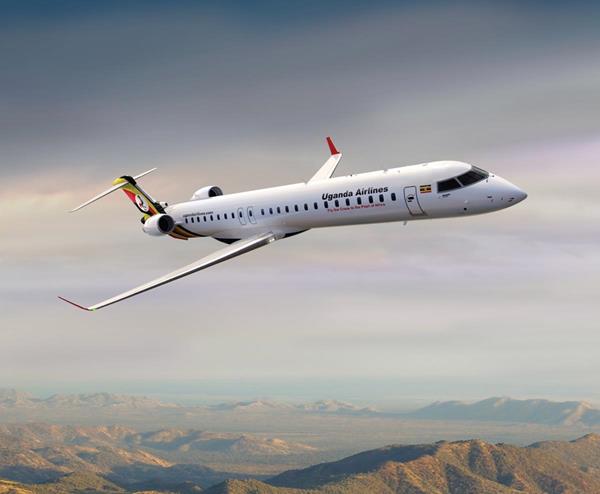 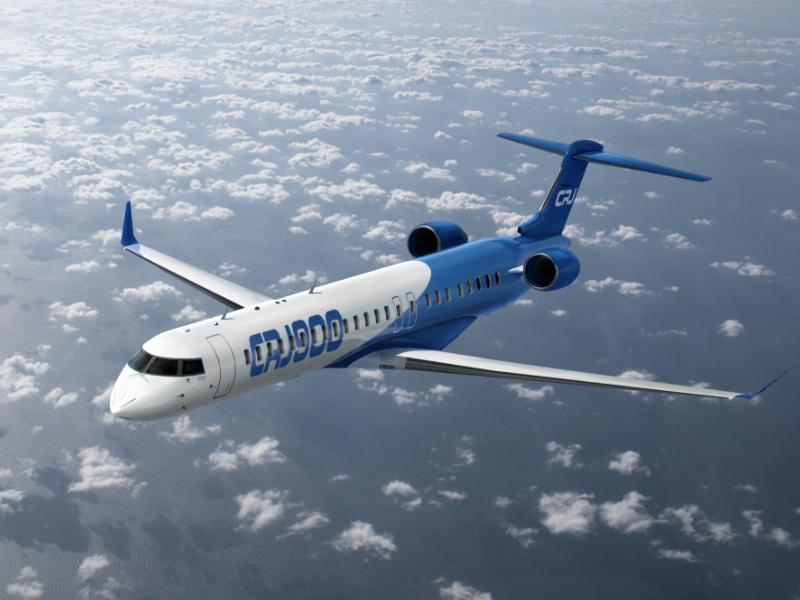 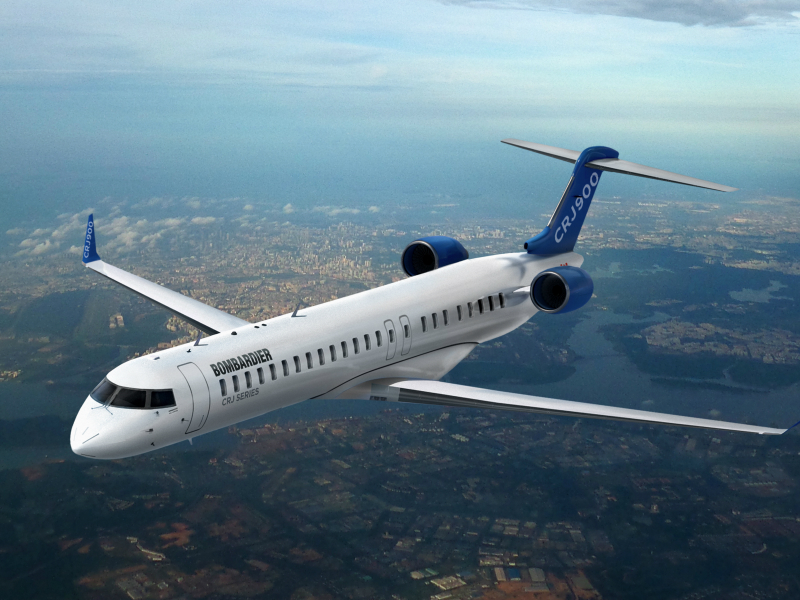 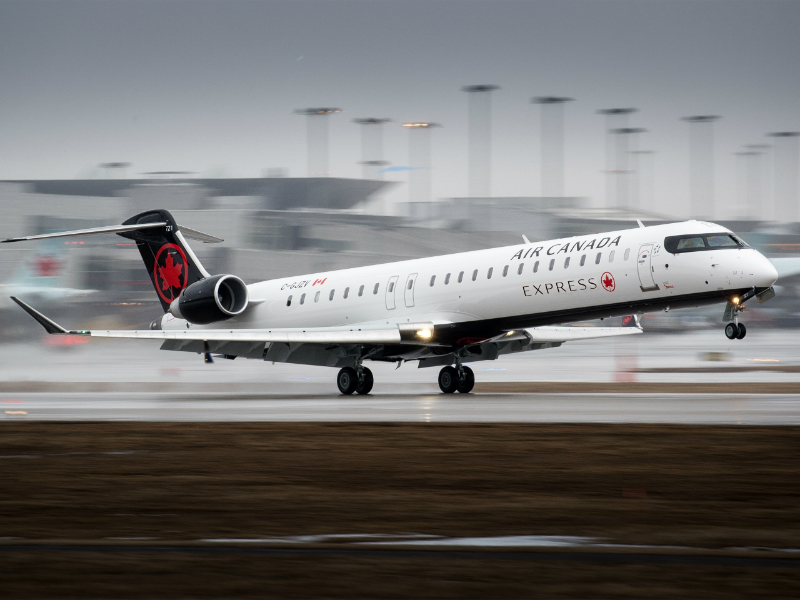 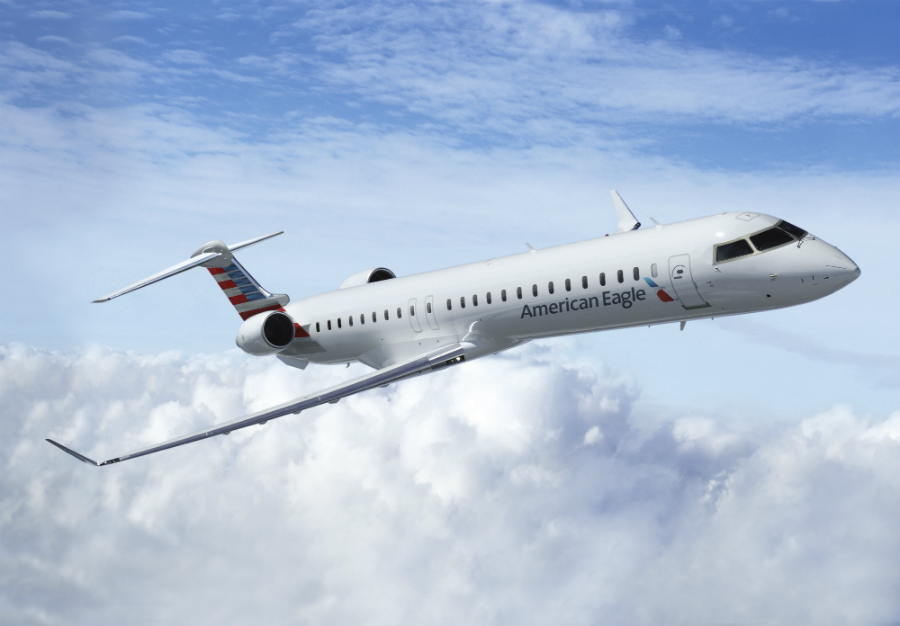 The Bombardier CRJ900 regional jet, a stretched derivative of the CRJ700 was announced in 1999. The assembly of the first production aircraft began in 2001.

The aircraft completed its first flight on 21 February 2001 at Montreal’s Mirabel International Airport. In February 2003, the first aircraft was delivered to Mesa Airlines that placed firm orders for 25 aircraft.

The aircraft has similar features with other members of the CRJ family. CRJ900 has common crew qualification (CCQ) with the CRJ200 and CRJ700, as well as a reconfigurable flight simulator, common maintenance and training procedures, spares and ground support equipment.

The 86-seat CRJ900 is a stretched variant of the 70-seat CRJ700 with two fuselage plugs, one forward and one aft of the centre section.

For fast airport turnaround, an additional service door was placed at the aft starboard side of the fuselage, providing access for aircraft cleaning and galley replenishment crew, while passengers leave through the forward passenger door.

In March 2005, Bombardier announced that it upgraded the CRJ900 by redesigning the wing-tip and winglet and optimising the wing’s leading-edge devices to provide lower lift / drag ratio and reduced-approach speeds. This resulted in improved payload range, take-off and landing performance and lower fuel costs.

Bombardier launched the Challenger 890, a corporate shuttle based on the CRJ-900, in May 2005. Challenger 890 accommodates 90 passengers in a standard cabin, 52 in a split cabin and 52 in deluxe cabin configuration. The aircraft entered service in February 2008 with Suncor Energy Inc of Calgary Canada.

Bombardier Aerospace received a firm order from Rwandair for two CRJ900 NextGen aircraft in March 2012. The first of two aircraft was delivered in October 2012.

Macedonian airline and Tuninter own one Bombardier CRJ900 each, Petroleum Air Services, Tatarstan and RwandAir own two CRJ900s each, Atlasjet and Estonian Air own three CRJ900s each, My Way airlines and Arik Air have four CRJ900s each, Adria Airways owns six, while Libyan and Lufthansa own eight CRJ900 aircraft each.

CityJet and Air One own ten CRJ900s each, while SAS Scandinavian Airlines, Trident Jet and Lufthansa CityLine own 12 aircraft each.

In June 2018, Delta agreed with Bombardier to buy 20 CRJ900 aircraft to replace the ageing regional jets operated by Delta Connection. An undisclosed customer placed orders for six CRJ-900 aircraft. Uganda National Airlines Company placed an order for four Bombardier CRJ 900 jets. Jazz Aviation, a subsidiary of Chorus Aviation, finalised an order for nine CRJ-900 aircraft in February 2019. Deliveries are scheduled in the first half of 2020.

The windscreen and cockpit side windows are fitted with electric de-icing systems.

The fuselage is of semi-monocoque design. The main cabin by C&D Interiors is approximately 21.6m-long with a centre-line width of 2.13m and the capability to seat up to 90 passengers. Standard seating is for 86 passengers with seats at 31in (78.7cm) pitch in a four-abreast configuration. Other interior layouts include two-class interiors with a mixed-seat pitch. The aircraft’s lighting is supplied by Hella Aerospace.

The rear baggage and an underfloor compartment provide a total baggage space of 25.17m³. The cabins are air-conditioned by a Liebherr air management system. GKN manufactured the tail cone and doors.

There are two integral wing fuel tanks with a fuel capacity of 11,148l. The Intertechnique fuel management system is fitted with Ratier-Figeac controls. The maximum usable fuel load is 8,823kg.

The aircraft is fitted with Menasco Aerospace retractable tricycle-type landing gear. Bombardier CRJ900 landing gear is strengthened and fitted with upgraded wheels and brakes compared with the CRJ700 to be compatible with higher operating weights.