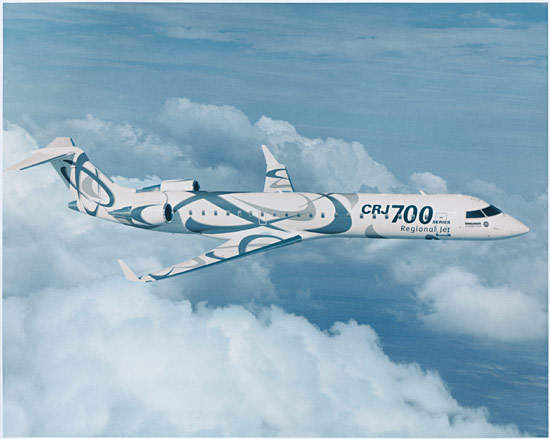 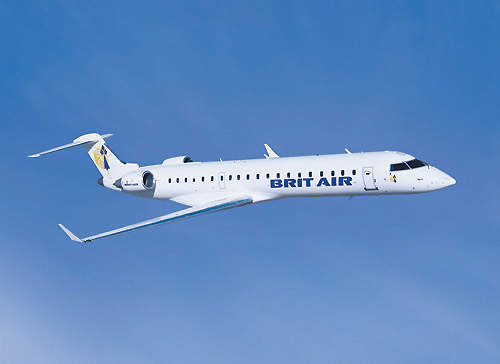 Brit Air, a subsidiary of Air France, was the launch customer for the CRJ700. 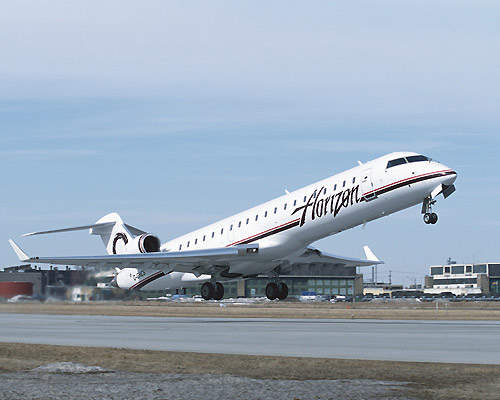 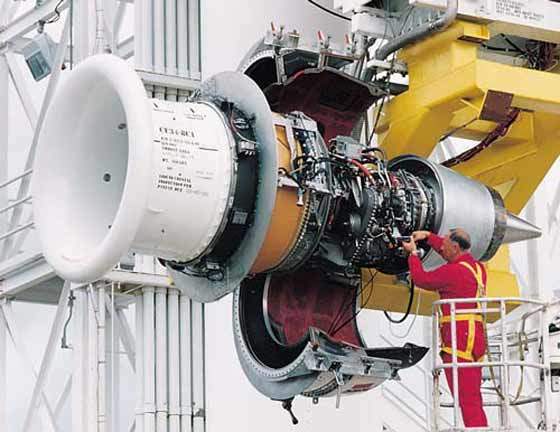 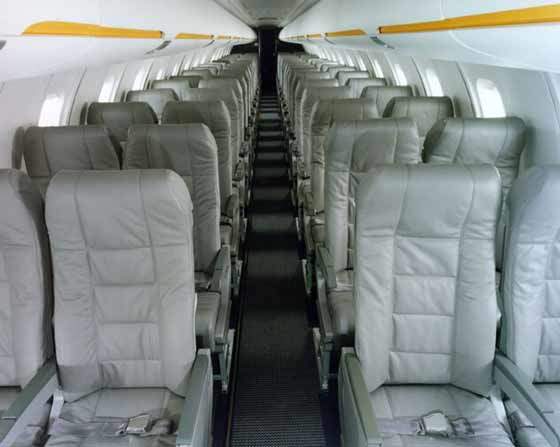 The interior of the CRJ700 cabin.

Bombardier launched the CRJ700 in 1997 and the first flight and roll out took place in May 1999. The CRJ700 entered service in February 2001 and the aircraft has 322 firm orders. More than 270 aircraft have been delivered.

Sky West (with partner Atlantic South-East Airlines) is the largest operator of CRJ aircraft with a fleet of 363 aircraft, including 102 CRJ700. The airline placed an order for an additional 18 CRJ700 and four CRJ900 NextGen aircraft in November 2007. Sky West placed four more aircraft orders in January 2011.

The regional aircraft division of Bombardier Aerospace, based in Toronto, Ontario, is responsible for marketing, sales, contracts and product support for the CRJ series jet airliners. The company’s training facilities include the Bombardier Aerospace Training Center in Montreal and a facility in Berlin, Germany, operated under agreement between Lufthansa, CAE and Bombardier Aerospace.

In March 2005, Bombardier announced the introduction a new long-range (LR) variant of the CRJ700. The CRJ700 LR has a range of 4,048km and an increased maximum take-off weight, allowing it to carry more fuel. The aircraft is powered by General Electric CF34-8C5B1 engines, a variation of the engine used on the CRJ900.

In May 2005, Bombardier launched the Challenger 870, a corporate shuttle based on the CRJ700. The Challenger 870 accommodates 70 passengers in a standard cabin, 44 in split cabin and 42 in deluxe cabin configuration. The aircraft entered service in March 2006.

In May 2007, Bombardier announced the CRJ NextGen family aircraft, which have new cabin interiors, including larger passenger windows, more baggage space and LED lighting. There is also increased use of resin transfer moulding (RTM) composites in the aircraft construction with reduced fuel consumption.

The CRJ700 is a stretched version of the 50-seat CRJ200, its length being increased by 5.74m. It also has a wingspan increased by 2m and an increased internal cabin width.

The wing has leading edge slats to improve lift. The nacelles have been redesigned for the more powerful engines and the landing gear upgraded. The fuselage is of semi monocoque design.

The CRJ700 is a very quiet aircraft (with an operational take-off noise level of 89EPNdb) and is very fuel efficient, with a range of 3,674km and fuel capacity of 9,017kg.

The assembly and interior fit of the aircraft is carried out at the Bombardier Canadair manufacturing facility at Dorval in Quebec.

Bombardier Canadair is responsible for the manufacture of the flight deck, wings, rudder, the electrical systems and primary flight control systems. Mitsubishi Heavy Industries manufactures the rear section of the fuselage. The aircraft is fitted with Avcop vertical and horizontal stabilisers and GKN, in the UK, manufactures the tail cone and doors.

Flight deck and cabin on the Bombardier Canadair Regional Jet

"Sky West (with partner Atlantic South-East Airlines) is the largest operator of CRJ aircraft with a fleet of 363 aircraft, including 102 CRJ700s."

The Flight Dynamics HGS 4200 head-up guidance system was certified for the CRJ700 in September 2002. The system allows CAT III approach and landing down to 200m runway visual range (RVR) and lower-than-standard CAT I approaches down to 450m (RVR).

The main cabin, by C&D Interiors, is nearly 21m in length with a centre-line width of 2.57m and can seat up to 70 passengers. It is a spacious aircraft with two-by-two seating and provides more than 6ft 2in of standing headroom.

The engine nacelles mounted on either side of the rear section of the fuselage were developed and supplied by Bombardier Aerospace (Shorts Brothers) of Belfast.

There are two integral wing fuel tanks, with a fuel capacity of 11,488l. The Intertechnique fuel management system is fitted with Ratier – Figeac controls.

Electrical power is provided by a Hamilton Sundstrand electrical generator, with two integrated drive generators providing 40kVA. The Honeywell auxiliary power unit is installed in the tailcone. The aircraft is fitted with a Walter Kidde fire detection system.