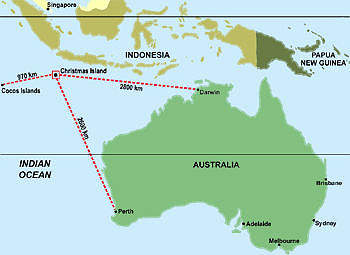 Christmas Island is off the north west coast of Australia. 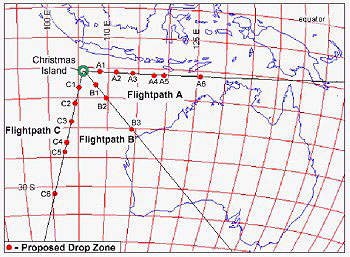 Several flightpaths have been identified for satellites from Christmas Island. The possibility of debris landing on oil and gas operations below has been a serious concern. 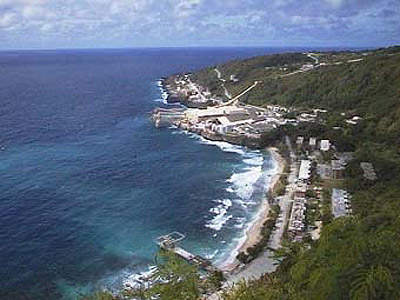 Christmas Island has traditionally had a low level of economic development and a rich wildlife. The spaceport simultaneously offers economic opportunities and environmental threats. 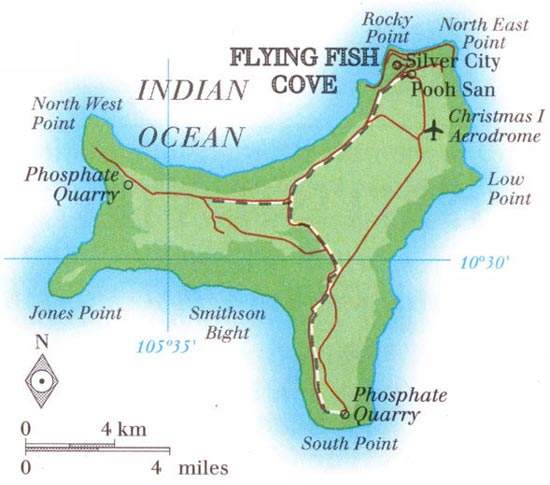 The spaceport would take up a significant proportion of the island. 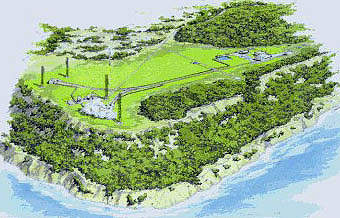 Artist's Impression of the launch facility on South Point. 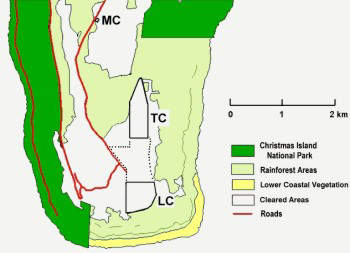 The layout of the APSC on Christmas Island.

The flightpath of each rocket is important because of the potential danger of falling debris. The APSC should be able to predict where the debris will land, making it safe.

Asia Pacific has launched satellites for a wide range of commercial customers. The APSC is designed to capitalise on commercial opportunities arising from the growing demand for telecommunications, positioning and remote sensing services offered by satellites. Asia Pacific does not intend to launch military satellites.

Christmas Island’s close proximity to the equator, predictable climate conditions, existing infrastructure and the political stability of Australia give it a distinct advantage over other locations as a site for a global commercial space launch facility.

The expected lifespan of the APSC is 15-20 years with ongoing prospects dependent on market forces. Internationally known companies in the Russian space industry have provided launch vehicles to Asia Pacific.

The Asia Pacific Space Centre (APSC) is located on the Australian territory of Christmas Island.

Construction began in 2001. The first launch took place in 2003 for the National Space Development Agency of Japan (NASDA), now part of JAXA .

The Asia Pacific Space Centre occupies a total area of 85ha, of which approximately 30% is built upon. The APSC comprises a technical complex, launch complex and mission control.

The technical complex contains a launch vehicle assembly building, a payload preparation building, storage for components awaiting assembly, a liquid oxygen plant and a fuel store. It also contains a range of support facilities including workshops, laboratories, fire station, canteen and staff rest areas. The launch complex contains launch pads and the launch vehicle fueling system. Mission control contains all the communications systems required for launch. In addition, housing for 250-300 workers is provided through a mix of on-site construction camps and new housing built adjacent to the airport.

A further feature of the launch facility will be a casino resort from which tourists will be able to watch launches taking place.

When the launch vehicle is assembled and linked with the satellite, it is carried by rail to the launch complex and lifted into a vertical position on the concrete launch pad. Fuels and gases are pumped on board and, after checking all systems, the rocket motors are started and the vehicle is launched.

The first stage consists of a fuel tank, oxygen tank, pressurisation system, rocket motor(s), and other subsystems and has a steering system to guide the rocket through the atmosphere. After hold-down clamps are released the launch vehicle rises vertically for several hundred metres. The control system then commences a pitch programme which starts steering the vehicle along its flight path. The stage is then separated from the rest of the vehicle and falls into the ocean.

The third stage burns for about 250 seconds, increasing the vehicle speed to about 8km/s. By this time, the vehicle and its payload are in orbit. When this stage is spent the launch adapter fires to separate the payload. The customer then takes control of the satellite and sends commands to propel it to its final orbit.

The prime contractor is the Samara Space Centre, located in Sydney, Australia. Asia Pacific also signed a contract with the Russian Aviation and Space Agency (Rosaviacosmos) for the provision of the launch vehicles.