Range with full fuel and MTOW 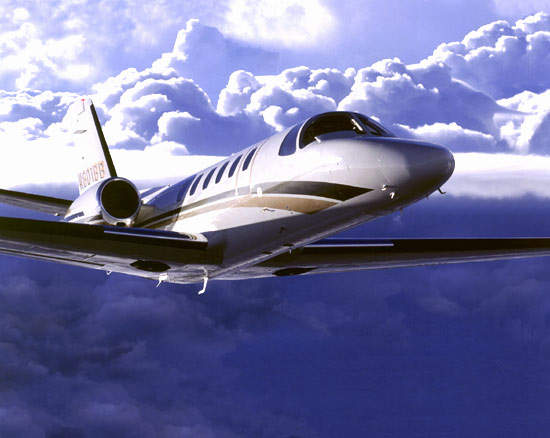 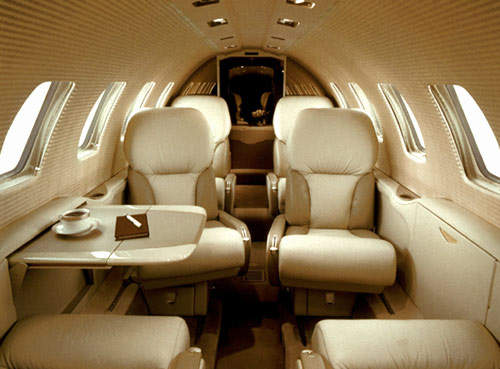 The standard interior configuration with four passengers in club seats facing each other plus three additional club seats. 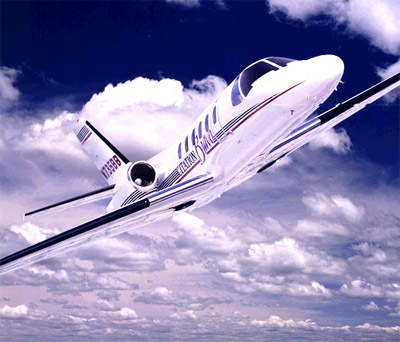 The range with full fuel and a maximum take-off weight is 3,232km. 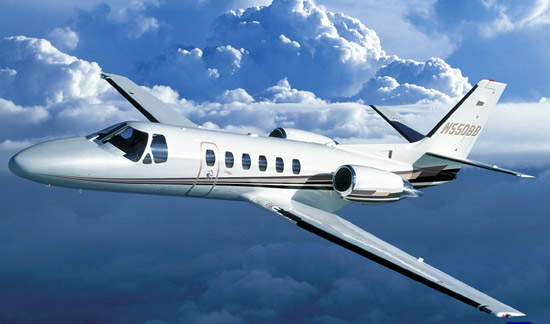 The Bravo has a cruise speed of up to 403kt true airspeed or 745km/hr. 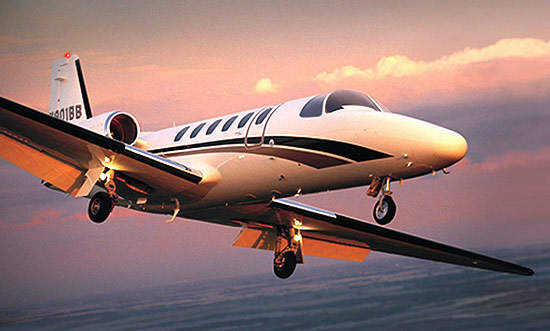 Cessna first developed the eight-seat Citation turbofan powered aircraft in 1968 to operate from airfields then being used by light-to-medium twin-engine aircraft. In 1976 Cessna started the expansion of the Citation family with the announcements of
the Citation I and II.

The family of Citation aircraft has continuously expanded and the Bravo is one of nine models of aircraft in the Citation business jet range.

Four Citation Bravos are in service with the Royal Saudi Air Force. The aircraft aircraft were delivered in 2005/2006 and are stationed at Riyadh Air Base. They replaced two Bombardier Learjet 35 aircraft.

The Bravo aircraft is of similar construction to the Cessna Citation jet with tapered three-spar wings attached to the lower fuselage and the podded Pratt & Whitney engines mounted to the rear fuselage. The T-tail has a tapered tailplane.

“The Bravo’s cabin can be fitted to the operator’s specification.”

The aircraft is fitted with a Honeywell Primus 660 colour weather radar. The pilot’s communications system is based on dual Honeywell KY-196 VHF transmitter and receive units.

The cabin is heated and air conditioned and pressurised to a pressure differential of 8.8psi using an engine bleed air pressurisation system.

The cabin, which can be fitted to the operator’s specification, has a standard seven-seat layout with four
passengers in club seats facing each other plus three additional club seats. The cabin measures 1.43m in height, 1.48m in width and 4.75m in length without the cockpit.

The nose, cabin and tailcone baggage compartments have a total capacity of 1.54m³.

The Citation Bravo is powered by two Pratt &Whitney PW530A engines. Each engine delivers 12.84kN (2,287lb) of thrust. The runway performance allows flights to and from airports with runway strips of 1,100m.

“The runway performance allows flights to and from airports with runway strips of 1,100m.”

The aircraft climbs directly to an altitude of 7,620m at maximum take-off weight in ten minutes and to 13,100m in 32 minutes.

The range with full fuel and a maximum take-off weight is 3,232km. The aircraft achieves a cruise speed of up to 403kt
true airspeed or 745km/h.