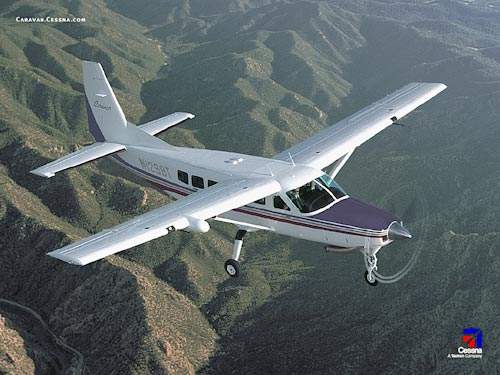 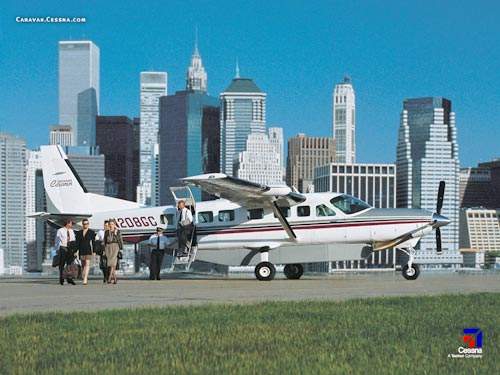 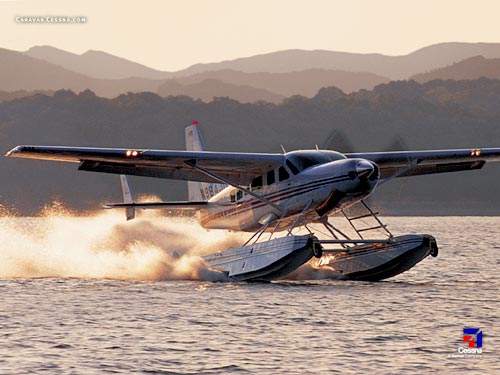 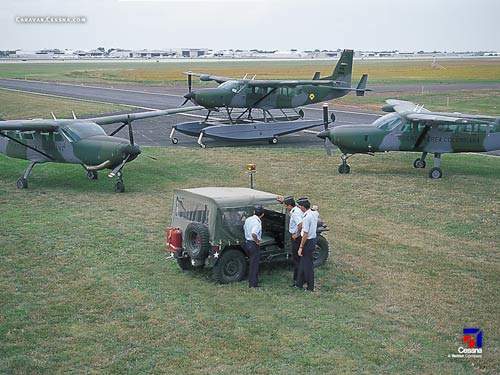 The Special Missions Caravan, in service with the Columbian Air Force. 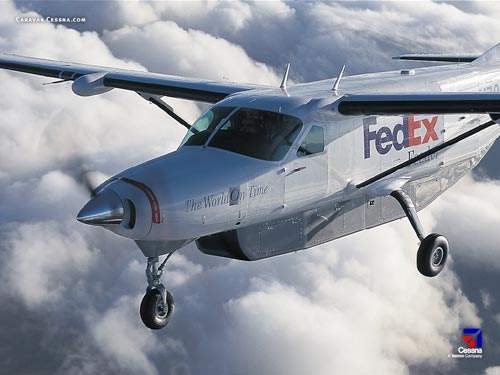 Federal Express operates a fleet of Cargomaster and Super Cargomasters. 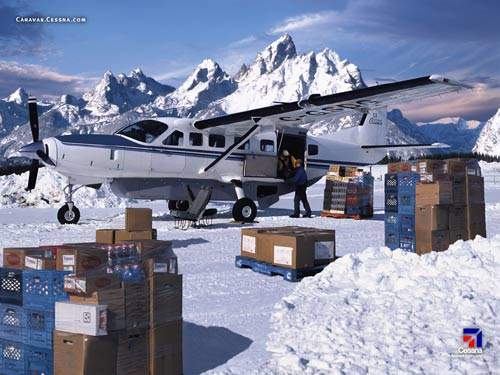 The Grand Caravan is a 14-passenger version of the stretched 208B. 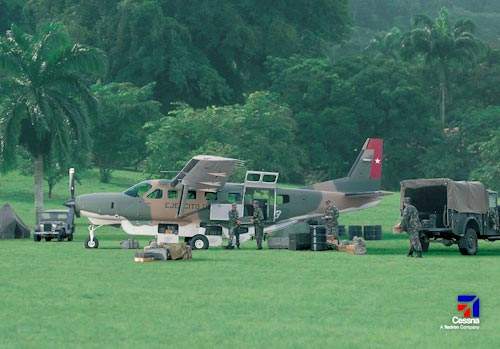 The Caravan 208 is in service with the Chilean Army. 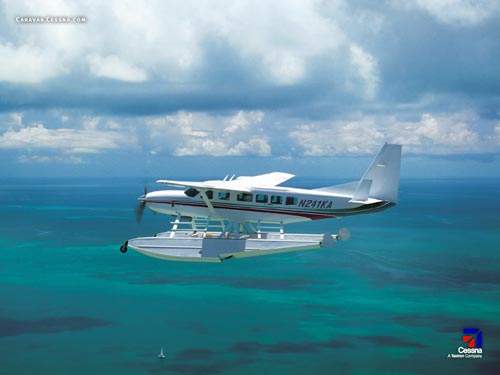 The Caravan can be fitted with amphibious floats or skis. 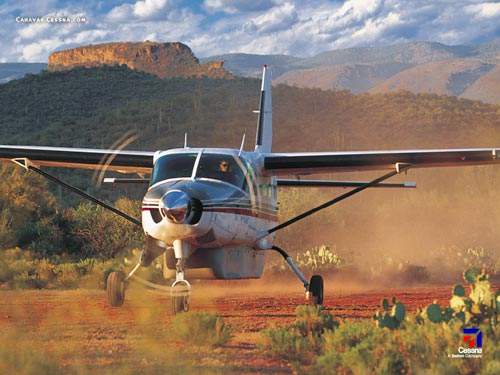 The Cessna 208 Caravan is an unpressurised single-turboprop light utility and passenger aircraft manufactured by Cessna Aircraft Company in Wichita, Kansas. The aircraft is in operation in 70 countries worldwide and is known for its capability to use rough fields and airstrips, its economical operation and versatility for high speeds and heavy loads.

The aircraft, with braced high wing and tapered wings and tailplane, has been selected for use by several governments as well as for cargo, air passengers, military and paramilitary roles, for patrol, surveillance and rescue.

Over 1,500 Caravans have been delivered since the Caravan 208A entered service in 1985. The 208B stretched Super Cargomaster entered service with Federal Express in 1986 and was upgraded with a new Pratt & Whitney PT6A-114A engine in 1991.

Current production versions are the Caravan 625 (the basic Caravan with uprated engine), the Grand Caravan (a 14-passenger version of the stretched 208B), the Super Cargomaster and the Caravan Amphibian.

The Caravan is certified in 100 countries. The fleet has accumulated more than 13m flight hours. The Caravan successfully completed and celebrated 25 years of service in 2010.

Two Caravans were destroyed in separate incidents in 2011. One Caravan belonged to Missinippi Airways and the other was operated by the Brazilian Air Force.

Federal Express operates a fleet of 39 208A Cargomasters and 260 208B stretched Super Cargomasters. The Cargomaster is an all-cargo variant with no side windows and a large cargo door. The aircraft is fitted with additional cargo tiedown points, cargo nets and an underfuselage cargo pannier.

A stretched version, the 208G, includes an additional fuselage section or plug to the aft of the wing providing an extra 1.22m of cabin length. The stretched version can carry a payload of 1,587kg. Federal Express uses a two-section over and under cargo door, which can be removed, fixed open or opened in flight for cargo airdrops.

The landing gear can be fitted with amphibian floats, type Wipline 8000, or ski-landing gear. The Royal Canadian Mounted Police operate the Amphibious 208 Caravan.

The military variant carries the US designation U-27A and is used as a troop carrier and cargo airlifter as well as for VIP transportation, air ambulance and medical evacuation, forward air control, infiltration and exfiltration of forces, and as a command center for unmanned air vehicle operations.

“The military variant (troop carrier) carries the US designation
U-27A.”

The U-27A is used by the US Central Intelligence Agency and the US State Department. The Caravan 208 is also in service with the Brazilian and Columbian Air Forces and the Chilean Army.

The LICA low-intensity conflict aircraft is fitted with a General Dynamics reconnaissance pod on the underside of the fuselage and a GECAL Gatling gun, 0.50 calibre, on the door. The aircraft can also be fitted with systems for an electronic warfare role.

The cockpit can be fitted with a set of co-pilot instrumentation. The avionics suite is based on the operator’s choice of Honeywell or Garmin avionics.

In September 2007, Cessna announced that all new Caravan models would be fitted with a glass cockpit which consists of Garmin G1000 integrated avionics system.

Two Grand Caravans were delivered to Russia’s AirGEO in December 2010.

In May 2011, Cessna received orders for three Caravans from an unknown based in Italy.

“The Cessna Caravan is in operation in 70 countries worldwide and is known for its capability to use rough fields and airstrips.”

The cabin can be configured to carry nine passengers or up to 14 passengers with a FAR Pt 23 waiver. The cabin is heated and ventilated and can be optionally fitted with air conditioning.

The 9.66m³ cabin is 4.57m in length and 1.57m in width. The cabin is fitted with a flat floor for ease of manoeuvring cargo and can accommodate two standard D-size cargo containers or ten 208l drums. The floor is fitted with cargo tracking attachments.

In May 2010, Cessna announced the offering of new seat options to the current Caravan owners to upgrade their Caravans with the new seating facility.

The aircraft is powered by a single Pratt&Whitney Canada PT6A-114A turboprop engine developing 503kW. The engine drives a three-bladed constant speed reversible pitch and feathering propeller. The wing fuel tanks hold 1,257l of usable fuel. The cruise speed at 3,000m is 340km/h. The maximum range for flight at 3,050m with 45 minutes of reserves is 1,780km.