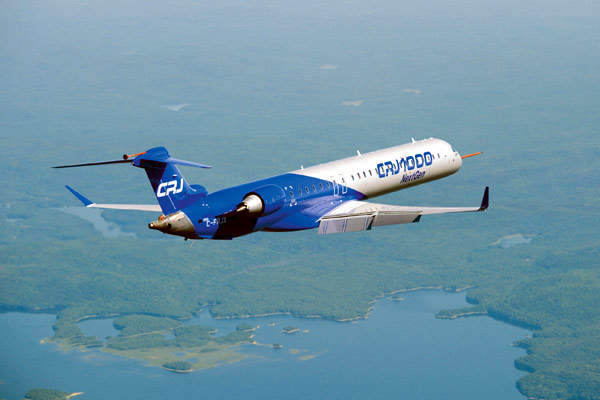 The maiden flight of the Bombardier CRJ1000 next-generation regional jet in September 2008. 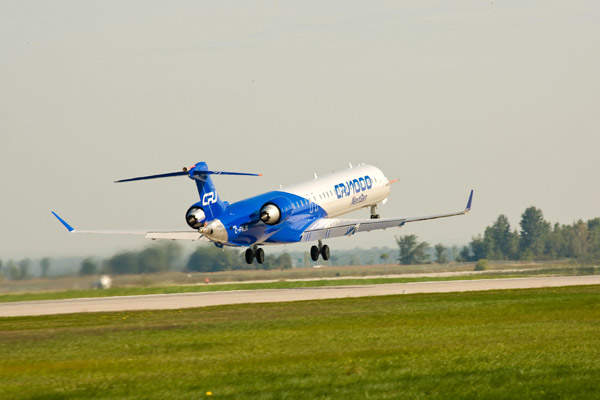 The CRJ1000 regional airliner is designed to meet the needs of regional airlines for jets of up to 100 seats, with environmentally greener performance and lower operating costs. 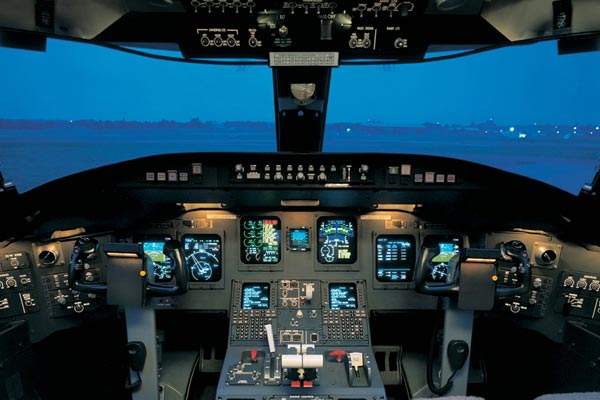 Flight deck of the CRJ1000 is based on Rockwell Collins Pro Line 4 avionics. 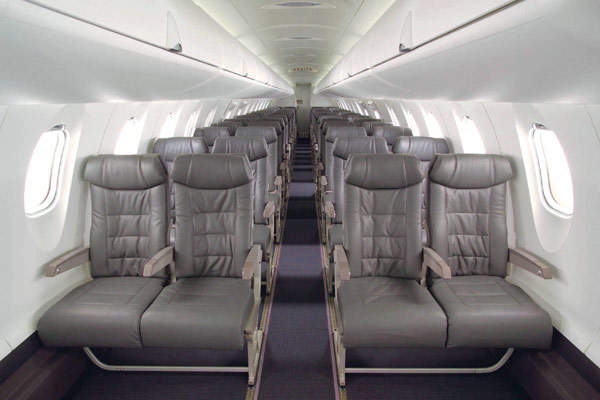 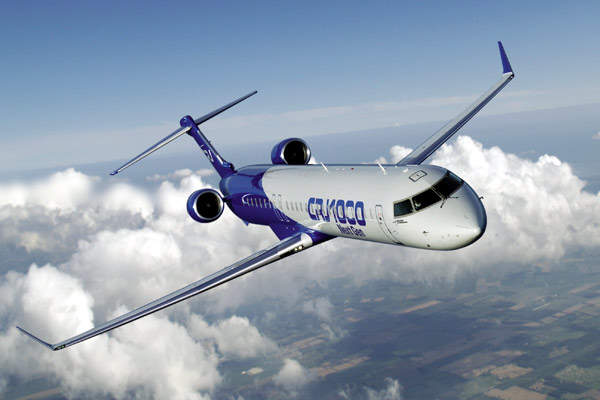 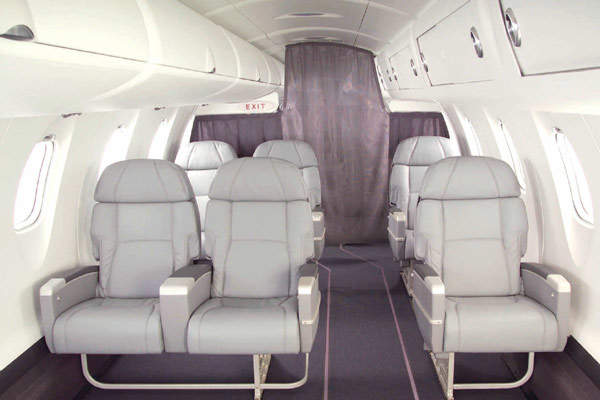 The prototype of Bombardier’s new regional jetliner, the CRJ1000, completed its first flight on 3 September 2008. The aircraft flew from the Bombardier production centre at Mirabel in Quebec, Canada, and reached an altitude of 30,000ft and speed of 480km/h in the three-and-a-half-hour flight.

The aircraft development was announced in February 2007 and by June 2009 Bombardier had received firm orders for 64 CRJ1000 and four options. The launch customer was the French airline Brit Air, with 14 aircraft on order, and the Italian airline MyAir, with 15 on order.

Bombardier, however, terminated the MyAir order in August 2009 due to the financial problems of the airline. MyAir filed for bankruptcy in 2010.

Air Nostrum ordered 35 CRJ1000 next-generation aircraft in June 2009. Adria Airways ordered one aircraft in January 2009 with one as an option.

The first aircraft was produced in Montreal in July 2009. Bombardier, however, identified a fault in the rudder controls during the flight test. The test programme was therefore postponed to rectify the fault. The programme resumed again in February 2010, and the first two aircraft were delivered to France based airlines First Air Nostrum and Brit Air in December 2010.

By July 2011 Bombardier had a delivery backlog of 36 CRJ1000 aircraft, out of the total 49 orders received for the aircraft.

The aircraft is the latest in the CRJ regional jet series. A total of 1,665 of the Bombardier CRJ series regional jets have been ordered, of which 1,498 have been delivered. The CRJ1000 is offered as a new build or as a conversion from the CRJ900.

The CRJ1000 regional airliner is being marketed to meet the needs of growing regional airlines for jets of up to 100 seats, with environmentally green performance and with particular focus on low operating costs, greater fuel efficiency and improvements in passenger comfort. In comparison to older aircraft of similar passenger capacity currently in operation, the CRJ1000 provides substantially lower fuel consumption and achieves up to 30% reduced carbon dioxide engine emissions.

In November 2010 CRJ1000 got type certification from European Safety Agency and Transport Canada.

The CRJ1000 has a wingspan of 26.17m and incorporates a redesigned wing-tip, winglets and an optimised wing leading edge, in order to provide a lower lift-to-drag ratio and allow reduced approach speeds. The fuselage is of semi-monocoque design. The overall length is 39.15m.

The CRJ1000 has the same two-pilot flight deck configuration as the CRJ900. The flight deck is equipped with a Rockwell Collins Pro Line 4 integrated avionics system, with a six-tube electronic flight and information system (EFIS) and engine indication and crew alerting system (EICAS).

“The aircraft is the latest in the CRJ regional jet series. A total of 1,665 of the Bombardier CRJ series regional jets have been ordered, of which 1,498 have been delivered.”

The windscreen and cockpit side windows are fitted with electric de-icing systems.

Cabin of the CRJ1000 regional airliner

The main cabin, with interior design by C&D Interiors, is 27.6m in length, about 101m³ in volume and can seat up to between 100 and 104 passengers. Standard seating is for 100 passengers in a four-abreast configuration.

Other interior layouts include two-class interiors with mixed seat pitch. The aircraft’s lighting is supplied by Hella Aerospace GmbH. The cabins are air-conditioned with a Liebherr air management system.

Engines and landing gear of the internationally-used jet

“The aircraft flew from the Bombardier production centre at Mirabel in Quebec, Canada, reaching an altitude of 30,000ft and speed of 480km/h.”

The GE CF34-85A2 carries the same thrust rating (2×60.6kN) as the CF34-8C5 but is fitted with modified engine control software to provide a 5% higher normal take-off thrust, with 3% higher maximum take-off thrust for low-altitude runways.

The engines are mounted on the sides of the rear section of the fuselage and are fitted with full authority digital engine control (FADEC). The engine nacelles are supplied by Bombardier Aerospace of Belfast.

The Intertechnique fuel management system is fitted with Ratier-Figeac controls. A Honeywell auxiliary power unit is installed in the tail cone and electrical power is provided by a Hamilton Standard electrical generator, with two integrated drive generators providing 40kVA.