The 767-300F freighter is in service with All Nippon Airways (ANA). 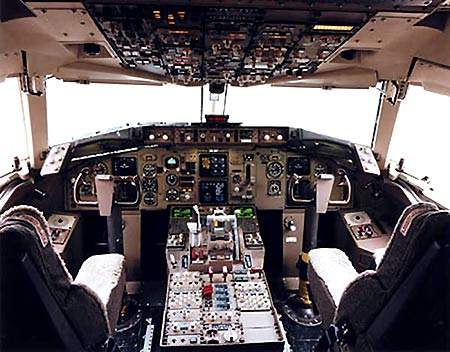 The all-digital flight deck of the 767-300F includes a Honeywell FCS-700 flight control system, along with a EFIS-700 electronic flight information system. 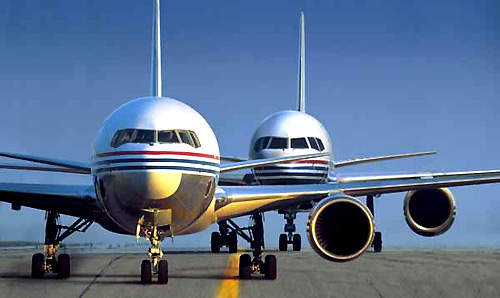 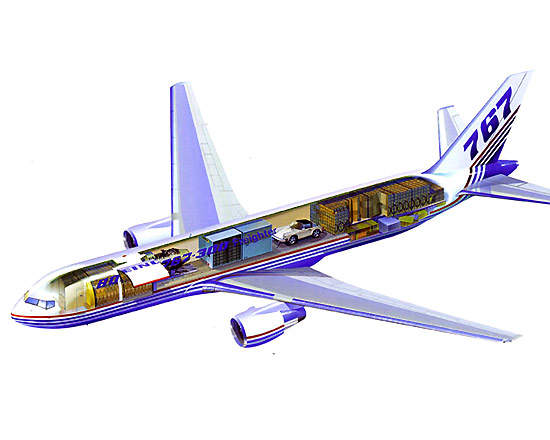 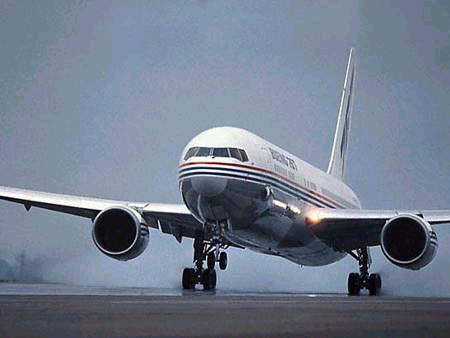 Boeing 767-300 taking off from Boeing's Everett airfield in Seattle. 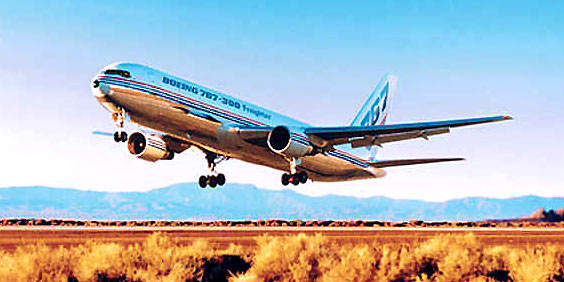 The 767-300F freighter is a derivative of the successful 767-300ER extended-range passenger twinjet airliner. Boeing launched the 767 freighter in January 1993.

The aircraft was rolled out in May 1995 and the first 767 freighter entered service with the Atlanta-based United Parcel Service in October 1995.

"The launch customer is All Nippon Airways with an order for seven aircraft. First flight of the converted freighter was in April 2008."

84 aircraft have been ordered and the freighter is in service with: All Nippon Airways (four), Asiana Airlines (one), GECAS (one), LAN Chile (eight) and United Parcels Service (32).

The 767 freighter cost is minimised through the use of a two-person flight deck and two fuel-efficient high-by-pass ratio engines, a configuration which contrasts with older cargo aircraft with three-person flight crews and four engines.

The aircraft shares common pilot type ratings with Boeing 767 and Boeing 757 aircraft allowing a pilot trained on one model to qualify for flight on another model with minimal additional instruction.

In October 2005, Boeing launched the 767-300 Boeing Converted Freighter programme. The conversion from passenger to freight aircraft involves modifications to the side cargo door and surround structure, floor beams and struts, floor panels and the addition of freighter tracks and wall and ceiling liners. There are 24 pallet positions on the main deck for a payload of up to 54t.

The launch customer is All Nippon Airways with an order for seven aircraft. First flight of the converted freighter was in April 2008. Certification was achieved in June 2008 and was followed by delivery of the first aircraft to ANA.

The airliner is of wide-bodied, low swept back wing design with twin podded underwing turbofan engines and is constructed of aluminium alloys and composite materials.

The freighter aircraft is equipped with a reinforced version of the tricycle-type hydraulically retractable landing gear fitted on the 767-300 airliner. The freighter has a similar external appearance to the 767 passenger airliners except that it has no passenger windows and doors.

Canadair manufactures the rear fuselage. Fuji is responsible for the construction of the wing and body fairings and the main landing gear doors. Kawasaki manufactures the forward and central sections of the fuselage, the exit hatches and wing ribs. Mitsubishi is subcontracted to manufacture the rear section body panels and rear doors.

Northrop Grumman manufactures the wing centre sections, the lower centre fuselage and the fuselage bulkheads. Vought Aircraft is responsible for the manufacture of the horizontal tail section. The large manufactured sections of the aircraft are transported to the Boeing production facilities at Everett in Washington for final assembly and systems integration.

The all-digital flight deck accommodates the pilot and co-pilot and is also fitted with one, or optionally two, observer seats.

"The 767-300F freighter is a derivative of the successful 767-300ER extended-range passenger twinjet airliner. Boeing launched the 767 freighter in January 1993."

The main deck and the lower holds are equipped with automated and powered cargo handling equipment. The cargo operators control the loading and unloading procedures using interior and exterior, master and local, control panels with joystick controls.

The main deck cargo system allows virtually all types of pallets and containers to be carried. The freighter has a large cargo door on the main deck of the forward fuselage.

The configuration is suited to easy transfer of pallets and containers commonly used in widebody and single aisle freighters, allowing the airline operator to interline freight from one aircraft to another.

The cargo compartments are environmentally controlled with pressurised heated or cooled fresh air, so the aircraft is suitable for transporting livestock and perishable goods. The 767-300F aircraft is also fitted with a Honeywell dual air cycle air conditioning system.

The aircraft is fitted with twin high-by-pass ratio turbofan engines, either General Electric CF6-800C2B7F, Pratt & Whitney PW4062 or Rolls-Royce RB211-524H. The two podded engines are mounted underwing, each providing a maximum thrust between 264.7kN and 281.6kN.