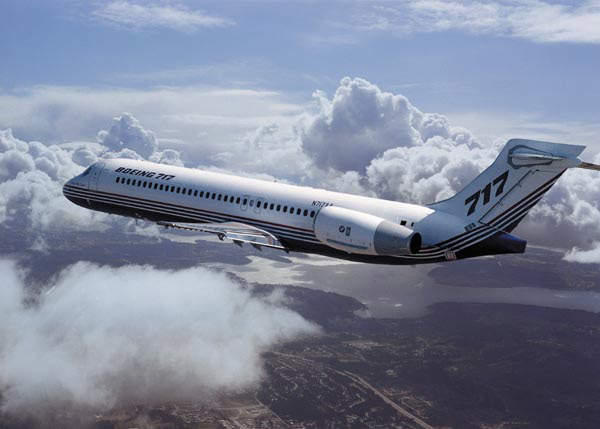 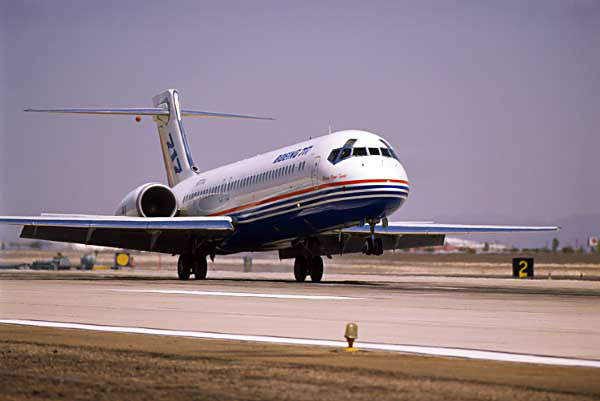 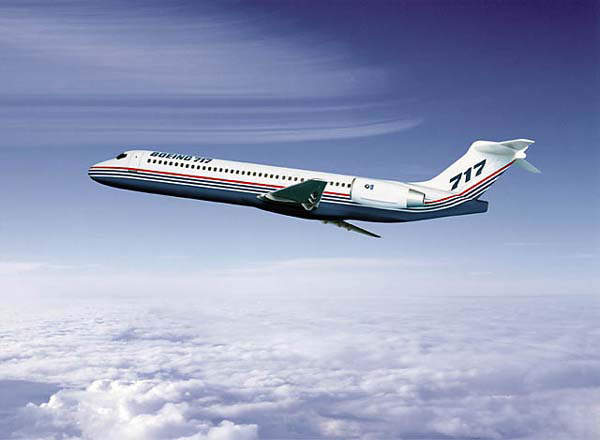 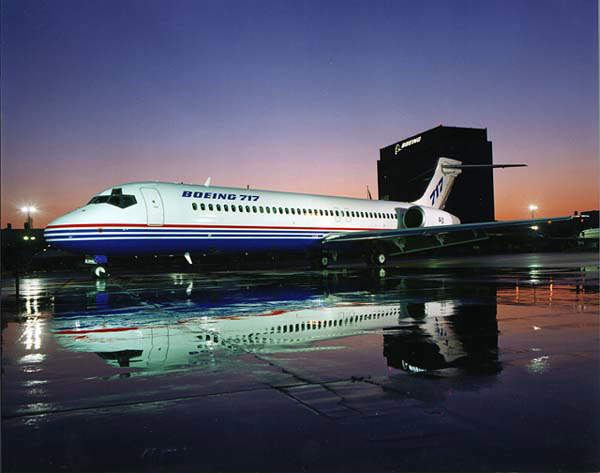 The 717 was developed from the DC-9 airframe and first flew in September 1998. 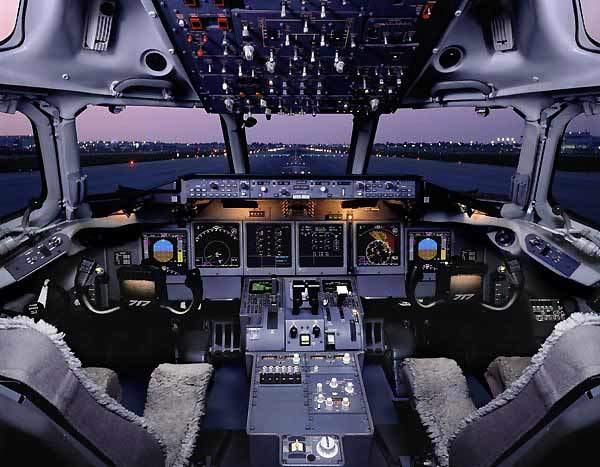 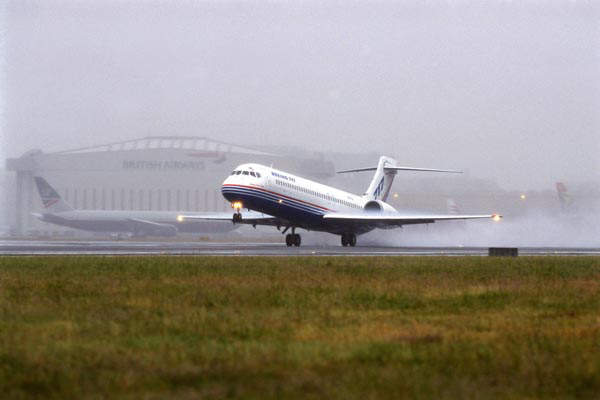 The 717-200 landing. The landing gear is hydraulically operated retractable tricycle type with twin wheels on all three units. 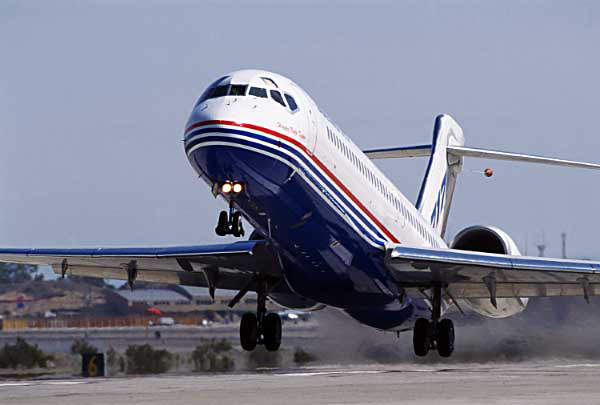 The 100-seat Boeing 717-200 twinjet was designed specifically for short-range, high-frequency flights. The aircraft was first rolled out on 10 June 1998 and its maiden flight was completed on 2 September 1998. Since entering service in September 1999, with launch customer AirTran Airways, aircraft have been delivered and are operating in Asia, Australia, Europe and North America with ten airlines and operators. 156 aircraft are currently in service worldwide. Boeing ended production of the 717 in May 2006.

The aircraft was originally launched as the MD-95 in 1995 and was redesignated the Boeing 717 after the Boeing Company and McDonnell Douglas merged in 1997. The 717 has a distinctive appearance with low-wing, rear-mounted engines and a T-tail and is similar in size to its predecessor, the DC-9-30. The wingspan is 28.4m and length is 37.98m.

A corporate shuttle variant, the Boeing 717 Business Express was launched at the European Business Aviation Convention & Exhibition (EBACE) in May 2003.

The two-crew flight deck is equipped with an electronic flight information system (EFIS), with six interchangeable 8in × 8in (203mm × 203mm) liquid crystal displays showing flight, navigation and systems status. The 717 is fitted with the advanced air flight control system (AFCS) installed on the MD-11 aircraft. The controls are mounted on the glareshield. The windscreen is fitted with an electrical de-icing system.

The overhead instrument panel, the cockpit integrated flightcrew warning and alerting panel (IFWAP), is equipped with four liquid crystal displays (LCDs). A Honeywell Versatile Integrated Avionics VIA 2000 computer controls the avionics suite, which includes a Honeywell flight management system (FMS), a digital air data computer, a digital flight guidance system, an inertial reference system and a windshear detection system. An upgrade for the VIA system software added a head-up display (HUD) for the pilot. The upgrade received certification in late 2003.

The aircraft has CAT IIIa capability. A programme is underway for the installation of an improved global positioning system and other instruments for CAT III b certification.

Boeing subcontracts the manufacture of aircraft components and subassemblies to aerospace contractors worldwide. The components are shipped to the Boeing production facilities at Long Beech, California for final assembly and testing.

"The twinjet aircraft was originally launched as the MD-95 in 1995 and was later redesignated the Boeing 717."

The underfloor baggage and cargo holds, capacity 26.5m, are equipped with a conveyor system and movable bulkheads.

The engine nacelles, manufactured by Goodrich, are mounted on the rear of the fuselage. The engine pylons manufactured by ShinMaywa Industries Inc are based on the design for the MD-80 aircraft but are thinner and are strengthened with an extra frame.

The landing gear is hydraulically operated retractable tricycle-type with twin wheels on all three units. The landing gear, manufactured by Israeli Aircraft Industries SHL Servo Systems, is fitted with an anti-skid system and all steel brakes.