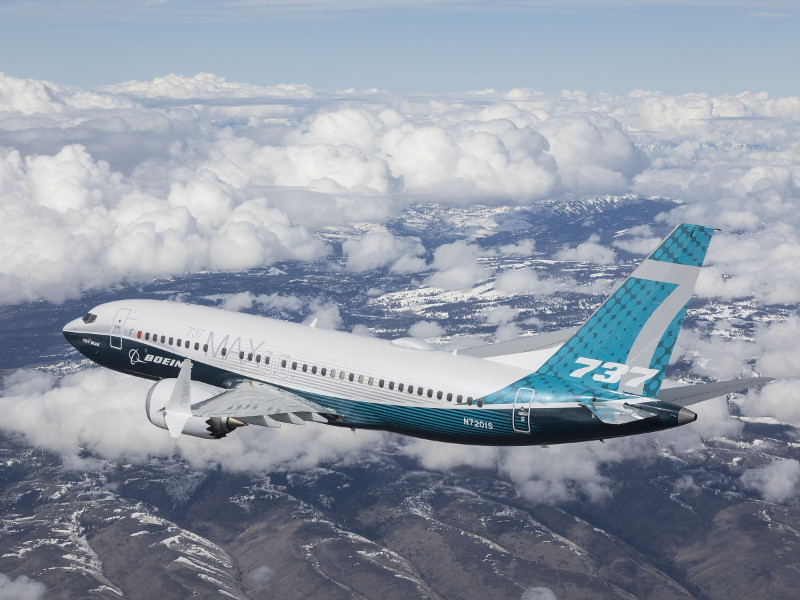 Boeing completed the first flight of its 737 MAX 7 in March 2018. Image courtesy of Boeing. 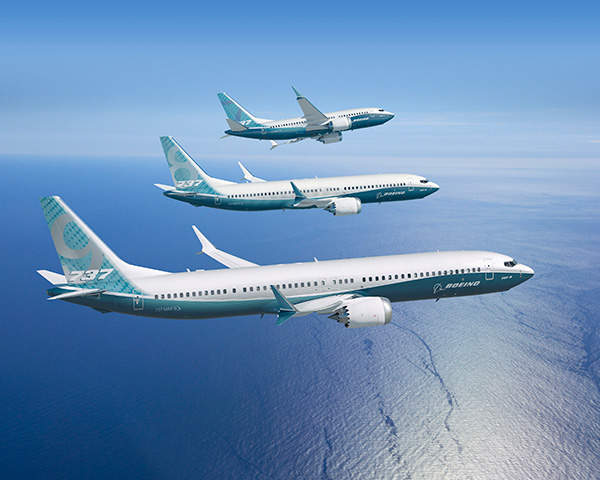 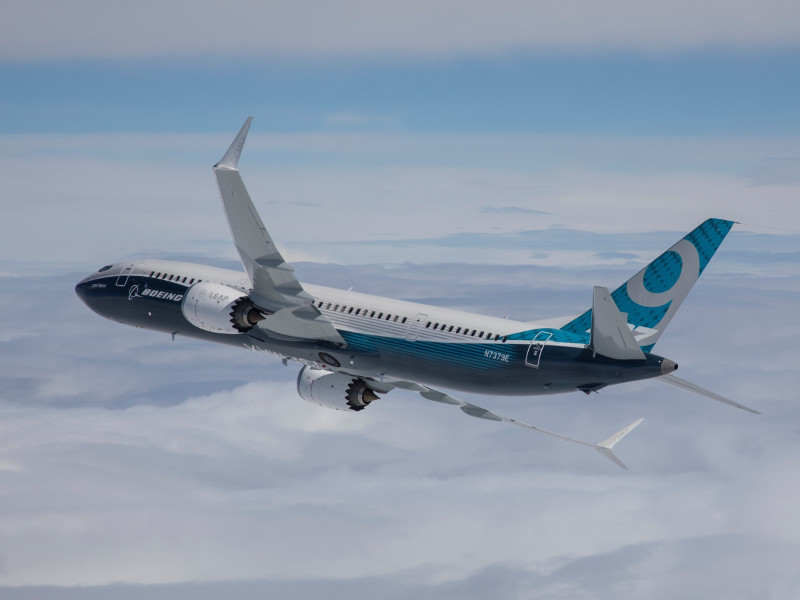 The 737 MAX 9 received the US FAA certification in February 2018. Image courtesy of Boeing. 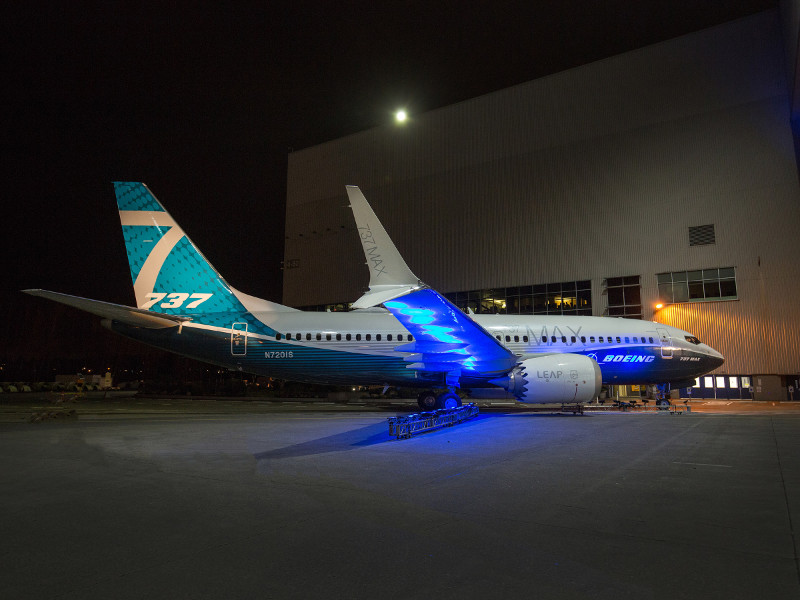 Upgrades to the MAX 7 increased its range by 1,000nm. Image courtesy of Boeing. 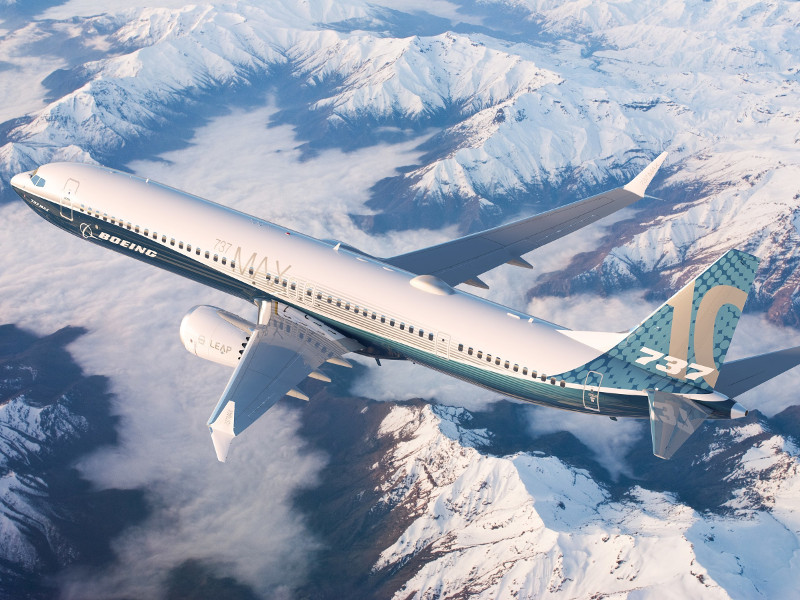 Boeing's 737 MAX 10 is designed to carry up to 230 passengers. Image courtesy of Boeing.

Boeing 737 MAX, a new family of twin-engine airliners developed by Boeing, is based on the world’s best-selling aircraft Next-Generation 737.

The aircraft made its first flight in January 2016 and was first delivered to Malindo Air in May 2017.

Several aviation regulators around the world, including the US Federal Aviation Administration (FAA), ordered the grounding of the Boeing 737 MAX in 2019 in the wake of the crash of two new aircraft, a Lion Air Flight 610 and Ethiopian Airlines Flight 302, within five months. Authorities of Indonesia, Ethiopia and the US conducted investigations and published their findings. Boeing, which halted the production of the aircraft after the series of groundings, expects the aircraft to return to service in mid-2020.

The expanded tail cone and the thickened segment over the flight control surfaces improve steadiness of airflow and avoid the vortex generators on the tail.

The modifications further reduce the drag and improve the fuel-efficiency of the airliners. The aircraft delivers an 8% a seat advantage compared to other aircraft in the single-aisle segment.

Flight deck and cabin of the twin-engine airliners

The flight deck can house the pilot and a co-pilot and is equipped with a common display system (CDS) supplied by Honeywell Air Transport Systems. The CDS consists of six flat-panel liquid crystal displays (LCDs).

“The new range of aircraft is intended to deliver improved fuel efficiency for the customers in the single-aisle segment.”

The flight controls include fly-by-wire spoilers instead of a mechanical system to achieve weight reductions. The aircraft is equipped with anti-icing systems and an electronic bleed air system to improve cabin pressurisation.

The cabin of the 737 MAX features the passenger-preferred Boeing Sky Interior. The interior boasts modern-sculpted side-walls, a spacious cabin with more headroom, swivelling overhead stowage bins and an LED lighting system. The larger bins provide more space to passengers for storing carry-on roll-aboard luggage near their own seat.

Reading-light switches are redesigned to avoid the accidental pressing of the flight-attendant call button. Other eminent features include new speakers and tamper-proof air grill.

The 737 MAX is powered by CFM International LEAP-1B engines, which are integrated with the wing similar to those of 787 Dreamliner engine. The 737 MAX engine reduces CO₂ emissions by an additional ten to 12% in comparison with existing fuel-efficient single-aisle aircraft.

CFM International received type certificates from the European Aviation Safety Agency (EASA) and the US Federal Aviation Administration (FAA) for its LEAP-1B engine in May 2016.

The 737 MAX is equipped with the retractable tricycle-type landing gear. The main landing gear is strengthened to accommodate the increase in loads due to the larger engines.

Boeing has so far received approximately 4,800 orders for 737 MAX aeroplanes from more than 100 customers across the world.

GE Capital Aviation committed to buying 75 737 MAX 8s and 25 Next-Generation 737-800s at the Farnborough International Airshow in 2012. Aircraft leasing companies ALAFCO and Avolon also announced their commitments at the airshow to purchasing Boeing 737 MAX 8 and MAX 9 aircraft. Icelandair and SilkAir respectively placed orders with Boeing for the delivery of 12 and 31 737 MAXs in 2012.

SMBC Aviation placed an additional order with Boeing during 2014 Paris Air Show for the delivery of 10 737 MAX 8s.

In October 2014, Boeing received an order from Garuda Indonesia for 50 737 MAX aircraft.

Boeing received an order from a Chinese customer for 30 737 aircraft, including 737 MAX and Next-Generation 737 airliners at Farnborough Airshow held in July 2016.

Air Europa placed an order with Boeing for 20 737 MAX 8s during the Farnborough International Airshow 2016.

Boeing signed a memorandum of understanding with Ruili Airlines for 20 737 MAXs valued $2.2bn and with Xiamen Airlines for ten 737 MAX 10 aircraft worth $1.2bn.

AerCap signed a deal for the conversion of 15 737 MAXs to 737 MAX 10 standard, while Algerian carrier Tassili Airlines ordered three next-generation 737-800 aircraft valued $294m at the same airshow. A major airline, whose name was not disclosed, signed a $14bn deal for 125 737 MAX 8 aircraft.

In November 2017, aircraft leasing company Avolon placed an $11bn order for the purchase of 55 MAX 8 and 20 MAX 10 aircraft with options for 20 additional MAX 8 aircraft.

A $674m order was placed by Kazakhstan-based airline SCAT Airlines for six 737 MAX 8 at the Dubai Airshow held in November 2017. flydubai signed an agreement with Boeing at the airshow to buy up to 175 MAX aircraft with purchase rights for another 50 MAXs valued at $27bn. A $2.2bn order was finalised by Kuwait-based aircraft-leasing company ALAFCO for 20 737 MAX 8 aircraft.

In November 2018, Fiji Airways took the delivery of its first 737 MAX plane and Cayman Airways received the first 737 MAX through leasing company Air Lease Corporation. Jeju Air ordered 40 737 MAX 8s with an option for ten additional aircraft for $5.9bn in the same month.

In July 2019, Saudi Arabian airline Flyadeal cancelled its deal with Boeing to buy 30 aircraft because of the fatal crashes in Indonesia and Ethiopia.