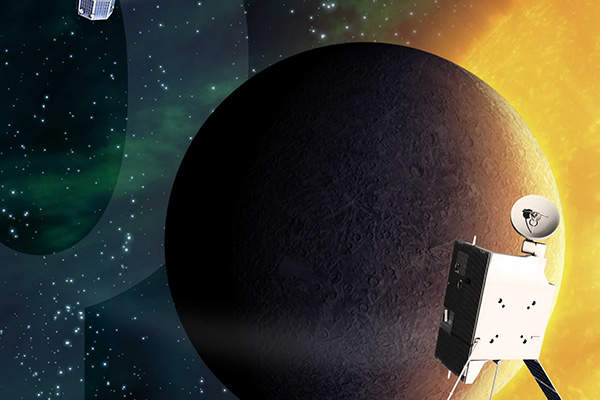 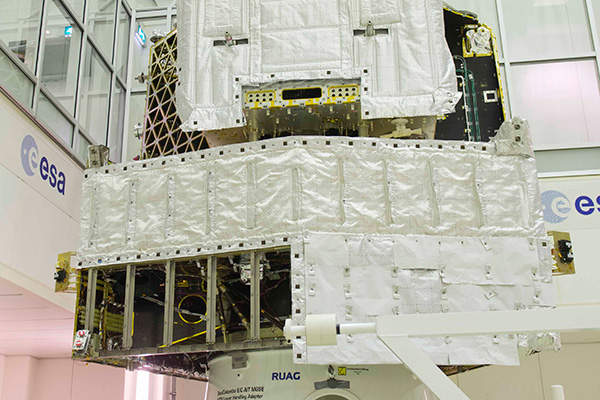 The objective of the BepiColombo mission is to observe and explore planet Mercury. Image courtesy of ESA-Anneke Le Floc'h. 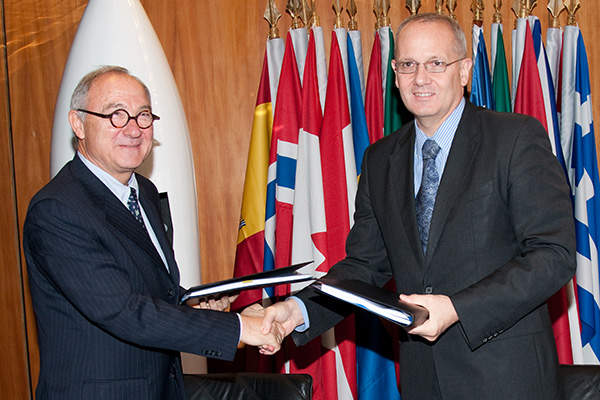 Arianespace was contracted to launch BepiColombo on Ariane 5 rocket in 2016. Image courtesy of ESA - N. Imbert-Vier, 2011.

BepiColombo is a planned twin-orbiter spacecraft mission to be launched in July 2016 to reach the planet Mercury by January 2024. The mission is being carried out by European Space Agency (ESA) in collaboration with the Japan Aerospace Exploration Agency (JAXA). 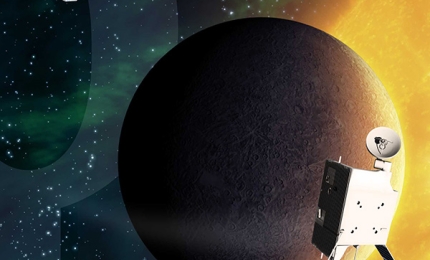 The mission’s objectives include the observation and exploration of Mercury through the study, as well as the investigation and analysis of the planet’s composition, geophysics, atmosphere, magnetosphere, magnetic field and history.

"The mission’s objectives include the observation and exploration of Mercury through the study."

BepiColombo also includes magnetospheric orbiter sunshield and interface structure (MOSIF) that will protect MMO from the Sun, in addition to providing an interface between the MMO and the MPO while en-route to Mercury. The spacecraft also includes the Mercury Transfer Module (MTM), which will provide solar-electric propulsion to carry MPO and MMO modules to the planet.

The spacecraft has a launch mass of 4,200kg and is equipped with solar-electric propulsion system with four T6 ion thrusters.
The BepiColombo mission was initially approved in February 2007 as part of the Cosmic Vision programme. The final approval for the mission to carry the two spacecraft to Mercury was approved by the ESA’s Science Programme Committee in November 2009.

The prime contract for design and construction of the MTM and the MPO module was awarded to EADS Astrium (now part of Airbus Defence and Space) in January 2008.

QinetiQ was awarded a £23m ($35.95m) contract to supply the solar-electric propulsion system for BepiColombo’s Mercury spacecraft mission in September 2009.

Thales Alenia Space was contracted in December 2012 to provide X- and Ka-band transponders, onboard computer, mass memory and high-gain antenna for BepiColombo to transfer data from Mercury.

KazEOSat-1 is the first Earth observation satellite from Kazakhstan, which launched into a low Sun-synchronous orbit in April 2014.

The development, integration and functional testing of protoFlight models (PFMs) of the BepiColombo MTM and MOSIF were completed at the Thales Alenia Space facility in Turin, Italy. The PFMs of MTM and MOSIF, and the MPO modules were transported to the European Space Research and Technology Centre in Noordwijk, Netherlands, for final integration and testing in July 2014.

The MMO and MPO modules will focus on the studies that can trace out the origin and evolution of Mercury, the status of the Mercury’s interior, and the planet’s magnetic field. The mission will also test Einstein’s theory of general relativity.

Upon the arrival of BepiColombo at Mercury in 2024, the MTM module will be separated and the composite spacecraft will use rocket engines.

BepiColombo will endure temperatures above 350°C and will gather data during a nominal one-year mission. The observations from MMO and MPO orbits will be taken for one year with the option of further extension.

Arianespace was contracted in September 2011 to launch BepiColombo on Ariane 5 rocket. BepiColombo’s two orbiters will be injected into separate orbits around Mercury.

The spacecraft is scheduled to be launched from the spaceport located in French Guiana in July 2016.