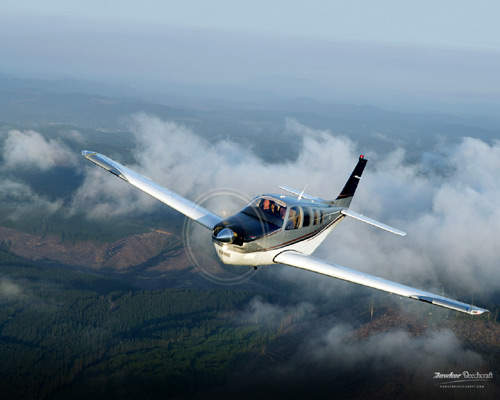 The aeroplane can carry up to five passengers and the pilot. 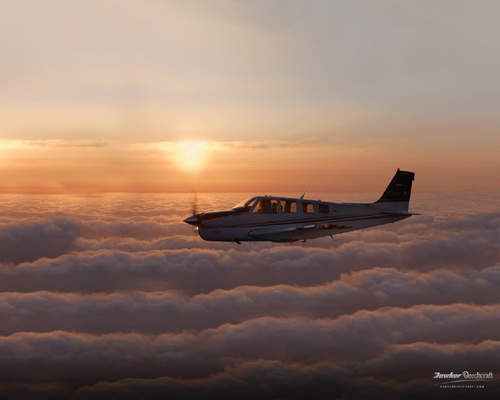 The single-engine plane can travel 1,706km without refuelling.

The Beechcraft Bonanza G36 (G36 or Bonanza G36) is a single-engine piston aircraft derived from the Bonanza A36 model. It was produced by updating the A36 aircraft with a Garmin G1000 avionics suite.

The G36 aircraft was first designed and manufactured under the name of Beechcraft Bonanza in 1947. Beech Aircraft Corporation, which became a subsidiary of Raytheon Aircraft Company (Raytheon) in 1980, was the designer and manufacturer. The maiden flight of the Bonanza G36 took place in December 1945 and the aircraft entered service in 1947.

In 2004, Raytheon upgraded the Beechcraft Bonanza with a fully integrated glass cockpit along with the Garmin G1000 avionics suite. Following the upgrade, the aircraft’s name was changed to Beechcraft Bonanza G36 in April 2005. The aircraft was certified in November 2005.

"The Beechcraft Bonanza G36 (G36 or Bonanza G36) is a single-engine piston aircraft derived from the Bonanza A36 model."

Raytheon was acquired by Hawker Beechcraft Corporation (HBC) in 2007. The G36 is currently manufactured by HBC.

The operators of Bonanza G36 are currently provided with forward enhanced vision systems (EVS), namely the EVS-100 and EVS-600. These systems improve the visibility of pilots by eight to ten times during haze, fog, smoke and precipitation conditions. The EVS provides the pilot with an infra-red image that turns the darkness into daylight.

The Bonanza G36 was accredited with the Civil Aviation Administration of China (CAAC) certification in June 2010.

Quality Aircraft Accessories (QAA) was awarded a contract by HBC in September 2010 to supply modernised engine accessories for its Baron G58 and Bonanza G36 aircraft.

The FIKI system protects the airframe, wings, tail surfaces, propeller and windshield while operating in icy conditions. The aircraft is incorporated with full tank of ice protection fluid to provide up to two and half hours of continuous protection.

KPAK and AC Systems were contracted by HBC in July 2011 to incorporate automatic cabin climate control system in the Bonanza G36 aircraft.

Brazil-based Lider Signatures SA (Lider) ordered three Beechcraft Bonanza G36s in October 2008 as part of a $200m contract awarded to HBC. Lider has been the dealer and authorised service centre for HBC since 1996.

Three Bonanza G36 aircraft were delivered to a UK customer in May 2009.

The aircraft also includes a stand-by alternator and secondary back-up battery for providing the required electricity to the engine when the primary battery fails functioning.

The secondary back-up battery can provide 30 minutes of electrical power to both alternators and primary battery when the power is lost. The multiple aircraft buses installed in the G58 provide better reliability and make the aircraft more redundant.

The displays provide flight data, communication and identification data, engine performance and graphical navigation. A GFC 700 autopilot system is incorporated in the flight deck to reduce the workload of the pilot.

The Beechcraft Bonanza G36 features a comfortable 137ft³ cabin. The spacious and comfortable cabin can accommodate a pilot and five passengers with more leg room for all the occupants.

In an effort to improve the visibility of both passengers and a pilot, the cabin of G36 is equipped with a large one-piece wraparound windshield and six very large side passenger windows.

The length and height of the cabin are 3.84m and 1.27m respectively. The width is 1.07m. The cabin also comprises 1.1m x 0.8m double doors for the entry of passengers, a 0.93m x 0.91m single-piece forward door for passenger exit and two centre windows for multiple emergency exit.

"Raytheon was acquired by Hawker Beechcraft Corporation (HBC) in 2007. The G36 is currently manufactured by HBC."

Other avionics installed in the aircraft include a global positioning system (GPS) sensor, a GTX 33 Mode-S transponder, an engine control unit, dual navigation and communications radios, Jeppesen electronic charts, a traffic advisory system (TAS) and a Class-B terrain awareness and warning system (TAWS). The TAWS alerts the pilot regarding potential conflicts with obstacles and terrains.

The aircraft is powered by a single Teledyne Continental IO-550-B engine. The IO-550-B is a six cylinder, fuel-injected air-cooled engine with an overhead inclined valve design.

It can produce maximum continuous power of 223.8kW and a crankshaft speed of 2,700rpm. The dry and average weights of the engine are 184kg and 208kg respectively. The length and height are 0.97m and 0.69m respectively, while the width is 0.85m.

The Bonanza G36 is fitted with a retractable and rugged landing gear for aero-dynamic efficiency and high-operational airspeeds.

The ferry range and service ceiling are 1,722km and 5,639m, respectively. The take-off and landing distances are 583m and 442m respectively.