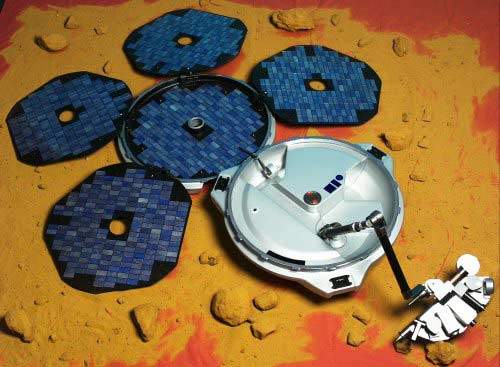 Beagle 2, part of the ESA's Mars Express mission, was due to land on 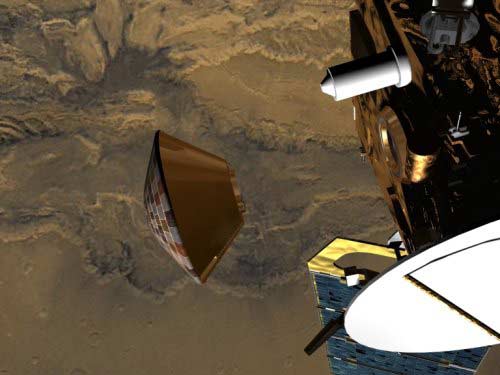 ars on 26 December 2003 after a journey of over six months.<BR>All rights reserved by Beagle 2. 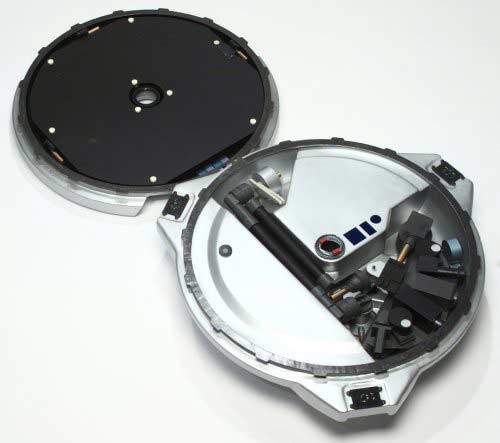 Beagle 2 was released from the Mars Express by the SUEM which should have pushed the probe away whilst making it spin on its axis for stability.<BR>All rights reserved by Beagle 2. 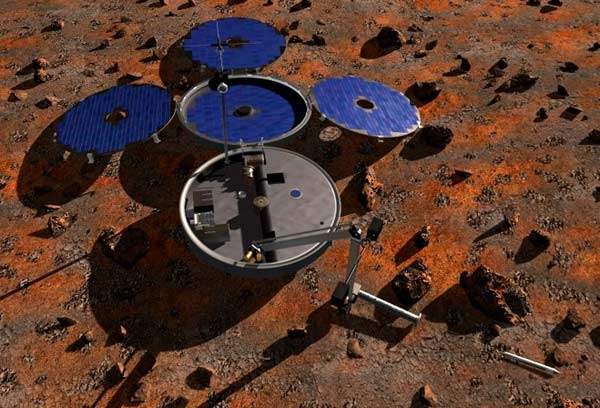 With a landed mass of less than 30kg, Beagle 2 represented the most ambitious science payload to systems mass ratio ever attempted.<BR>All rights reserved by Beagle 2. 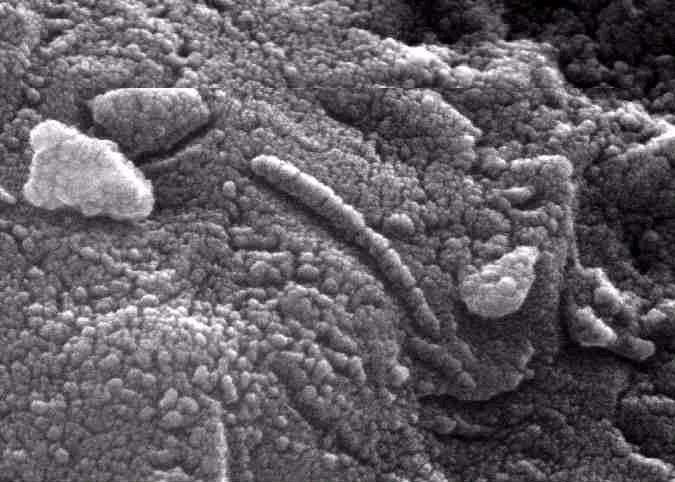 Once landed, it was hoped the Beagle 2 would begin collecting and analysing geological samples for evidence of life on Mars.<BR>All rights reserved by Beagle 2.

The UK-led Beagle 2 project was the probe for the European Space Agency’s (ESA) Mars Express mission. The probe consisted of the entry, descent and landing system (EDLS) and the lander itself. The aim of the mission was to study the geology of the planet for evidence relating to past life on Mars.

The Beagle 2 lander has a robotic arm for manipulating scientific instruments and the mole (also called Pluto – planetary undersurface tool) for collecting samples.

The Mars Express spacecraft was launched on 2 June 2003 from Baikonur Cosmodrome, Kazakhstan, on a Soyuz / Fregat rocket supplied by Starsem. The mission completed a 400 million kilometre journey and arrived at Mars on 19 December 2003.

The on-board stereo camera (HRSC) installed in the spacecraft captured images of the planet’s surface and transmitted them to the ground control station in January 2004. Through these images, the operators identified the presence of water ice and carbon dioxide ice at the south polar cap of Mars.

The lifespan of the Mars Express spacecraft has been extended to December 2012.

Five days before the Mars Express reaches its destination, Beagle 2 was released from the spacecraft by the spring-powered spin-up and eject mechanism (SUEM) which should have pushed the probe away whilst making it spin on its axis for stability.

The EDLS shoudl then have taken over for the actual entry, descent and landing of the Beagle 2 lander. The EDLS has three separate subsystems: the entry system, the descent system and the landing system.

The entry system comprised a front shield / aeroshell, a back cover /bioshield and release mechanisms. It protects the lander from contamination in Earth’s atmosphere, from the space environment throughout the journey to Mars and finally, during entry into the Martian atmosphere at Mach 31.5 (over 14,000mph)

The descent system would use a mortar to fire a pilot chute that divides the craft into two and deploys the main chute, pyrotechnic bolts being fired to drop the heat shield.

The landing system would inflate a series of gas-bags ready for the final impact after deceleration. Upon landing, the chutes would release and the lander bounce away from under the canopy. When it finally came to a rest, the gas-bags themselves are freed and, no matter which way up it is, the Beagle 2 would be ready to commence its experiments.

The clam-shaped lander is composed of a toughened outer shell that provides energy absorption and thermal protection and an inner shell comprising carbon-fibre skins on an aluminium honeycomb core. Within this inner shell are housed the various scientific instruments and tools: a mass spectrometer, three cameras, seven environmental sensors, five solar panels, a robotic arm, the Mole, and telecommunications and electronics systems.

The two halves of the lander, lid and base were joined by a spring-loaded hinge which, irrespective of the orientation which Beagle 2 finds itself on Mars, would open the clam in its correct position.

The robotic arm held all of Beagle 2’s scientific instruments in a cluster at the end (Beagle 2’s PAW). The arm supports the panoramic cameras and also deploys the mole.

The arm was originally going to move instruments and tools to-and-from the lander and the surface but after strengthening it, the equipment became an integral part of the arm and the need to make a connection every time something was picked up or put back was avoided.

The mole would crawl across the surface at a rate of 1cm every six seconds by using a compressed spring mechanism to propel a drive mass. It is also able to burrow and is expected to be able to move up to 3m away from the lander, either by crawling or burrowing.

Pluto would have collected samples by opening its tip and storing the material collected in a small cavity, also in the tip. The mole is then wound back to the lander where the robotic arm helps deliver the sample to the laboratory.

“Beagle 2 was released from the spacecraft by the spring-powered spin-up and eject mechanism.”

Just before being released from Mars Express, Beagle 2 will charge its 42-cell battery package from the spacecraft but after that it must rely on the 5-panel solar array that unfolds from it after landing.

The batteries are lithium ion technology and are kept warm and functioning by a layer of thermal insulation. The solar cells, mounted on four panels that fold out from the lander, are gallium arsenide using germanium substrate with an 80micron coverglass providing high performance and have a surface area of 1m2.

The command and data management systems are based around a 32-bit processor. The electronics are robust and failure-tolerant as there is no redundancy in the system due to mass-restrictions.

Beagle 2 is the product of a consortium of university-based researchers and industrial partners. The science lead was provided by the Open University with the University of Leicester managing the PAW instruments. Astrium (Stevenage) is the lead engineering contractor and Martin-Baker Aircraft is managing the EDLS.

The Department of Trade and Industry provided £5m in funding for the industrial partners and the Particle Physics and Astronomy Research Council provided £2.77m for the academic institutes involved. ESA provided £9m.

Contact was lost with the Beagle 2 lander when it separated from the Mars Explorer, six days before it scheduled entry into the Martian atmosphere. The team are still ‘hopeful’ that they may receive a return signal from Beagle 2.

Missions to Mars are notoriously problematic, with only 19 of 38 launch attempts reaching the surface by 2010.