Height to Top of Fuselage 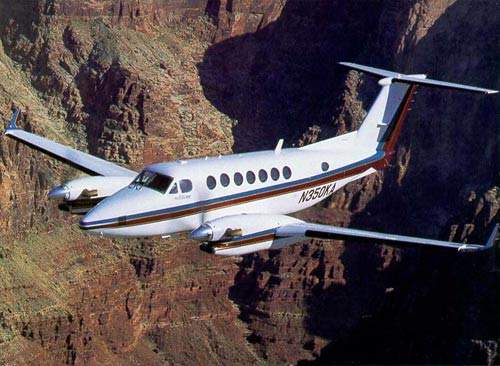 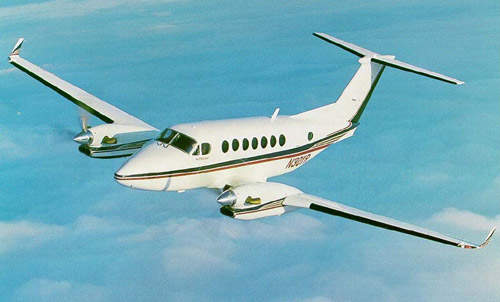 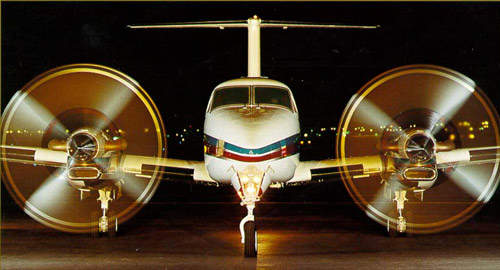 The 350 is one of three current production versions of the King Air, along with the B200 and the C90B.

The King Air 350 has been sold for military applications, equipped for special missions, maritime patrol, electronic intelligence and reconnaissance. 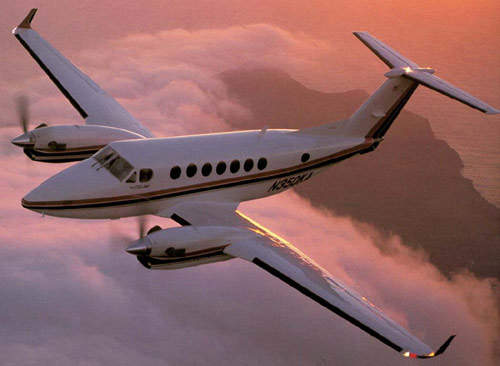 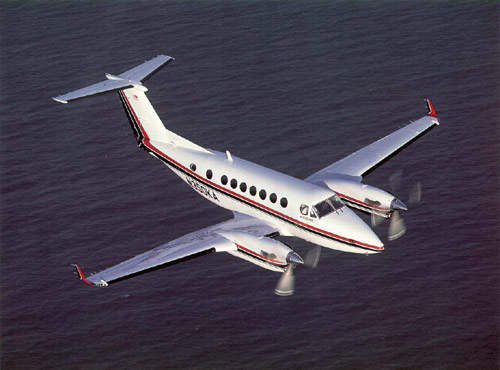 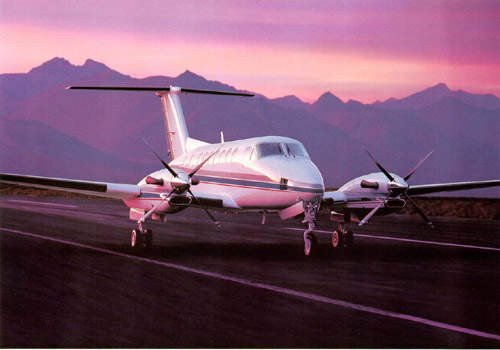 Beech Aircraft Corporation, the original manufacturers, became a wholly owned subsidiary of Raytheon in 1980. The company has continued to incorporate improvements and additions to the King Air aircraft.

As well as the King Air 350, the current production versions include the King Air B200 and the C90B. The B200 transport and utility aircraft is shorter than the 350, the C90B is the entry level variant with seating for four passengers and a range of 1,050nm.

The first flight of the King Air 350i is scheduled for early 2009 with Federal Aviation Administration (FAA) certification planned for the third quarter of 2009 and deliveries to commence shortly after. European Aviation Safety Authority (EASA) certification is expected in early 2010.

The King Air 350 special mission version is available as a surveillance aircraft fitted with cameras. A maritime patrol version capable of carrying up to 1,300kg mission equipment is equipped with air and sea search radar and a forward-looking infrared. Life rafts and survival kits can be dropped through a hatch.

A Guardian RC-350 military electronic intelligence version is capable of loitering on-station for over six hours at an altitude of 10,500m. The aircraft can monitor radar emissions in the range 20MHz to 18GHz and can intercept communications in the bands 20MHz to 1.4GHz.

The King Air 350 entered service with the Japan Ground Self Defence Force in 1999 carrying the JGSDF designation LR-2. The aircraft is equipped with reconnaissance and communications systems.

The flight deck seats a crew of two and is fitted with dual controls although it can be flown by a single pilot. The aircraft was fitted with Rockwell Collins ProLine II avionics suite with a Universal UNS-1D / UNS-1K navigation system, ALT-80A altimeter, dual airspeed indicators and a flight director and an optional Rockwell Collins EFIS-8B electronic flight information system with three tube multifunction displays.

From 2005, the AirCell ST3100 Itridium satellite telecommunications systems will be standard equipment on new aircraft.

The King Air 350 has a comfortable and roomy ‘squared-oval’ pressurised cabin. The air-conditioned cabin is fitted with double club-style seats for eight passengers plus up to three single seats.

“The flight deck seats a crew of two and is fitted with dual controls.”

An Ultra Electronics UltraQuiet active noise control system reduces the in-flight noise to under 80dB(A) in the passenger cabin. The active UltraQuiet system acoustically cancels propeller noise in the cabin by introducing sound waves that are of equal frequency and amplitude but are of opposite phase to the unwanted noise.