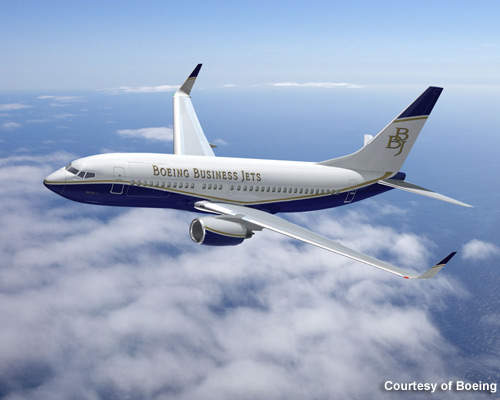 Boeing has launched the latest in its business jets range, the BBJ convertible. 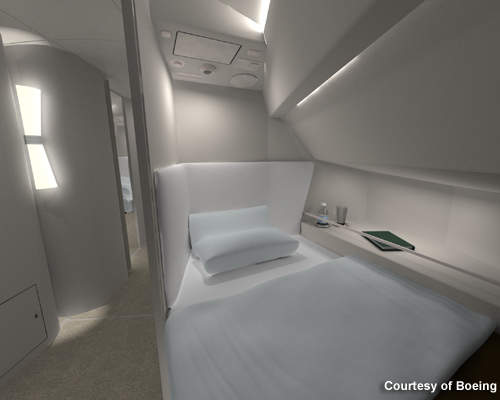 The jet can be turned from an all-passenger to all-cargo configuration in a matter of hours. 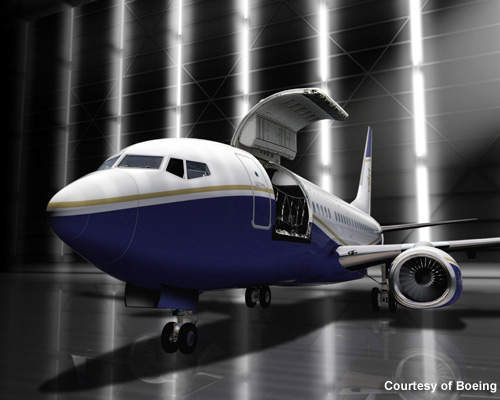 The BBJ convertible is lightweight with lower emissions, yet with capacity for more than 16.6t of cargo or 149 passengers. 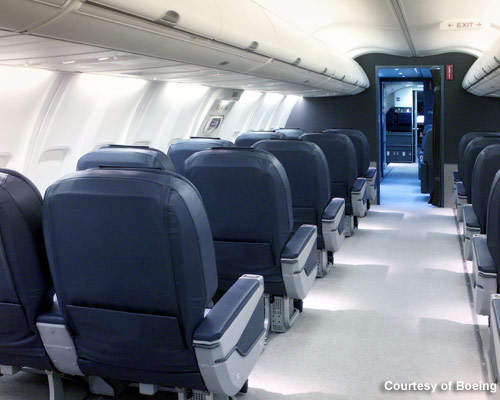 BBJs are designed for corporate or VIP applications.

Boeing launched its Boeing business jet (BBJ) convertible at EBACE in 2006. The company announced that the aircraft can be configured from an all-passenger to all-cargo configuration in less than eight hours.

“In July 1996 the Boeing Company and the General Electric Company (GE) formed the Boeing Business Jets joint venture. This was to meet market demands for a more capable business aircraft.”

The BBJ convertible offers needful flexibility to customers, including governments, corporations and private individuals. It is the tenth aircraft of the Boeing’s BBJ family.

The aircraft can transport VIPs, staff or troops from one place to another, deliver disaster-relief supplies and be configured for medical evacuation.

According to the company’s sources the BBJ convertible can transport tools, parts and machinery, race cars or race horses, or equipment for touring bands and musicians.

Boeing finalised an agreement with Greenpoint Technologies to provide 747-8 VIP owners and their chosen completion centres with a kit that adds 75m² of space to the aircraft’s crown.

Above the main cabin ceilings is installed the overhead Space Utilization or OSU kit. Three artistically engineered OSU designs are offered by Greenpoint.

Peregrine Point received the BBJ Convertible aircraft from Boeing in October 2007 prior to official declaration of the aircraft’s availability to customers in May 2009.

The BBJ Convertible aircraft was displayed at the National Business Aviation Association (NBAA) expo held in October 2009 in Orlando, Florida.

The BBJ convertible presents the addition of a 140in-wide (3.56m) and 96.5inch-high (2.45m) cargo door located on the left side of the aircraft next to the forward entry door. The aircraft has the ability to carry more than 16.6t of revenue cargo up to approximately 5,555km, or 9.1t of freight up to 9,260km in the all-freighter configuration.

“The BBJ Convertible aircraft was displayed at the National Business Aviation Association (NBAA) expo held in October 2009 in Orlando, Florida.”

It has passenger seating for 126 people in a two-class or 149 in a single-class configuration.

All BBJs, including the BBJ convertible, are equipped with Aviation Partners’ blended winglets. The winglets create more efficient flight characteristics for the airplane, translating into approximately 270 nautical miles (500km) of additional range with the same fuel and payload.

The lighter weight carbon brakes, available on new BBJs, save up to 700lb (320kg). The reduced weight of the BBJ convertible contributes to a reduction in associated fuel burn and CO2 emissions.

Boeing targets a 2% reduction in fuel consumption for the BBJ owner receiving aircraft after 2011 through a combination of airframe and engine improvements announced in April 2009. Structural improvements reduce drag on the aircraft, decreasing fuel use by about 1%.

Boeing’s engine partner, CFM, is contributing a further 1% in fuel savings through its CFM56-7B Evolution engine. The hardware changes improve airflow to make the engine run at cooler temperatures.

Depending on an engine’s thrust rating, the Evolution engine provides up to 4% lower maintenance costs. The improvements are for all Next-Generation 737 and BBJ models.

In July 1996 the Boeing Company and the General Electric Company (GE) formed the Boeing Business Jets joint venture. This was to meet the market demand for a larger, more capable business aircraft that can fly more than 6,000 nautical miles (11,110km).

In this joint venture Boeing is concerned with day-to-day operations, manufactures the aircraft and is responsible for sales and marketing activities.

Boeing Commercial Airplanes provides aircraft to Boeing Business Jets, which delivers them to customers in ‘green’ configuration (no paint or interior) and arranges for the installation of a long-range, auxiliary fuel system at the Decrane Aircraft Systems Integration Group (PATS) Delaware facility.