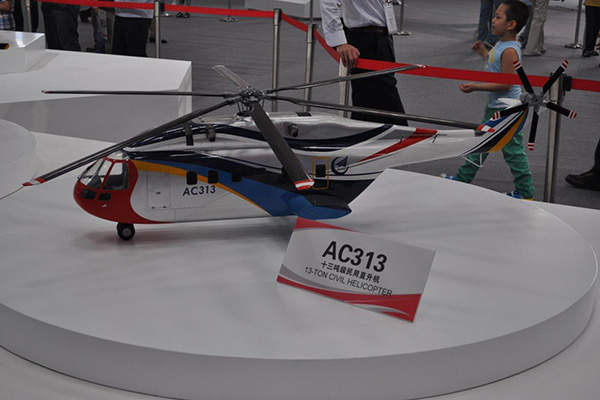 The AC313 helicopter is the biggest civilian helicopter built in China. Image courtesy of AHS International. 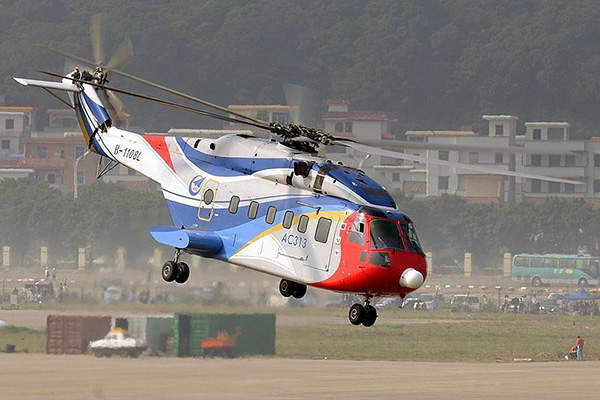 The first flight of the AC313 aircraft was completed in March 2010. Image courtesy of Shimin Gu. 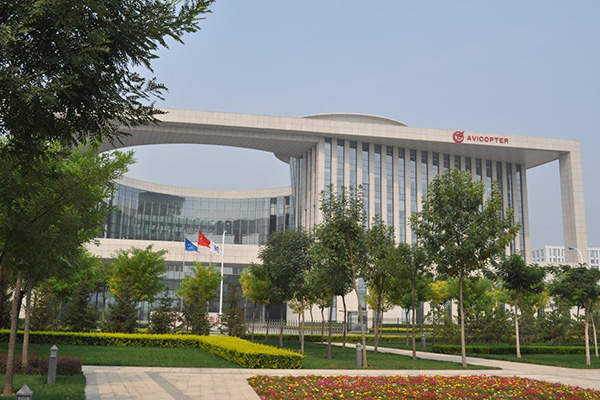 The AC313 helicopter was developed by Avicopter. Image courtesy of AHS International. 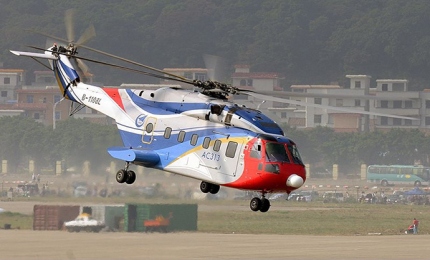 AC313 helicopter, the biggest civilian helicopter in China, is produced by Avicopter, which is part of the Aviation Industry Corporation of China (AVIC). The helicopter can be used in a variety of roles, including search and rescue (SAR), maritime surveillance, fire fighting, offshore oil and gas support, as well as cargo transport and medical evacuation.

The maiden flight of the AC313 was completed at the Jingdezhen airport, located in the Jiangxi province, in March 2010 and it received airworthiness certification from the Civil Aviation Administration of China (CAAC) in January 2012. It successfully completed the T5 evaluation test conducted by Aircraft Evaluation Group (AEG) in December 2013.

"The AC313 helicopter features an improved design based on the Harbin Z-8 military helicopter."

Avicopter intends to increase production at a rate of approximately 300 AC313 helicopters a year by 2015.

The AC313 helicopter features an improved design based on the Harbin Z-8 military helicopter, which itself is a derivative of the Aerospatiale SA 321 Super Frelon. The airframe is constructed using titanium and composite materials.

The single-rotor helicopter includes six main and five tail rotor blades, which are made of composite materials, while the main rotor hub is made of titanium. The helicopter is designed to offer protection against salt fog and humidity.

The AC313 features a spacious cabin that can accommodate up to 27 passengers. It has a height of 1.83m and offers an internal space of 23.5m³. It is fitted with comfortable air seats and interiors, and can be converted to complement VIP missions or emergency medical evacuations.

Engines and performance of the AC313

"The helicopter is powered by three PT6B-67A engines."

The helicopter is powered by three PT6B-67A engines,manufactured by Pratt & Whitney Canada. Each engine measures 75.1in long and 34.4in high, and can generate a maximum power output of 1,940shp.

PT6B-67A engines integrate a three-stage axial and a single-stage centrifugal compressor. They are also fitted with automatic fuel control and electronic power turbines with a manual back-up.

The helicopter has a maximum range of 485nmi (900km). It can fly at maximum altitude of 6,000m and can take off and land at airports at an altitude of 4,500m. It has a payload capacity of 13.8t, including 4t of internal load or a 5t of load on external slings.

GKN Aerospace was awarded a contract to supply emergency flotation systems (EFS) for the AC313 helicopter in August 2013. The EFS will provide increased survivability to the helicopter.

Simplex Aerospace was contracted to provide a fire fighting system August 2013, including the supply of multiple fire-attack systems and a tank that can hold approximately 4,000l of water.

Honeywell Aerospace was contracted to deliver a Health and Usage Monitoring System (HUMS) in November 2012.