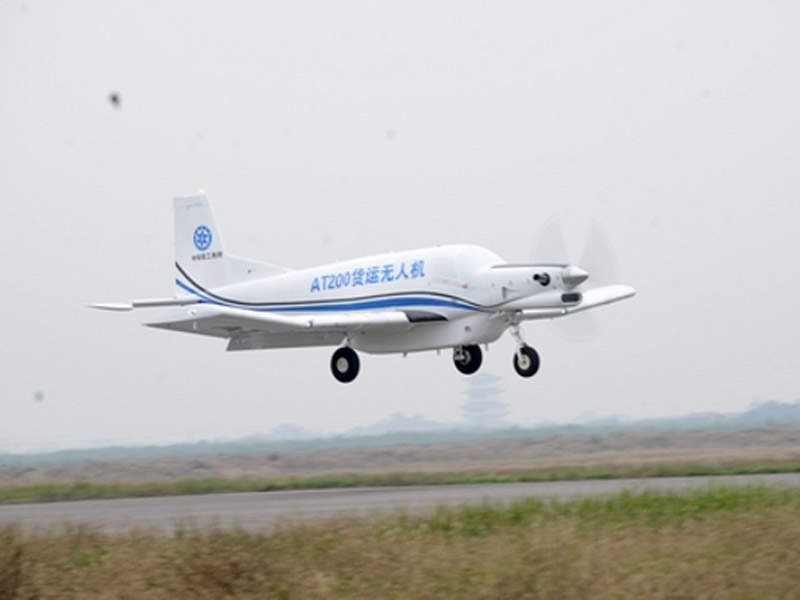 The AT200 cargo unmanned aerial vehicle made its first flight in October 2017. Credit: Institute of Engineering Thermophysics, Chinese Academy of Sciences. 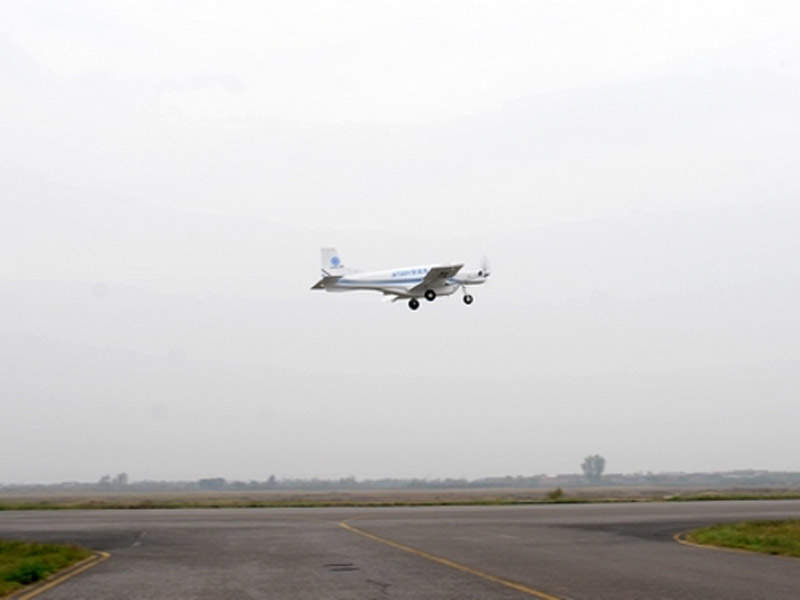 The AT200 UAV has a speed of 313km/h. Credit: Institute of Engineering Thermophysics, Chinese Academy of Sciences. 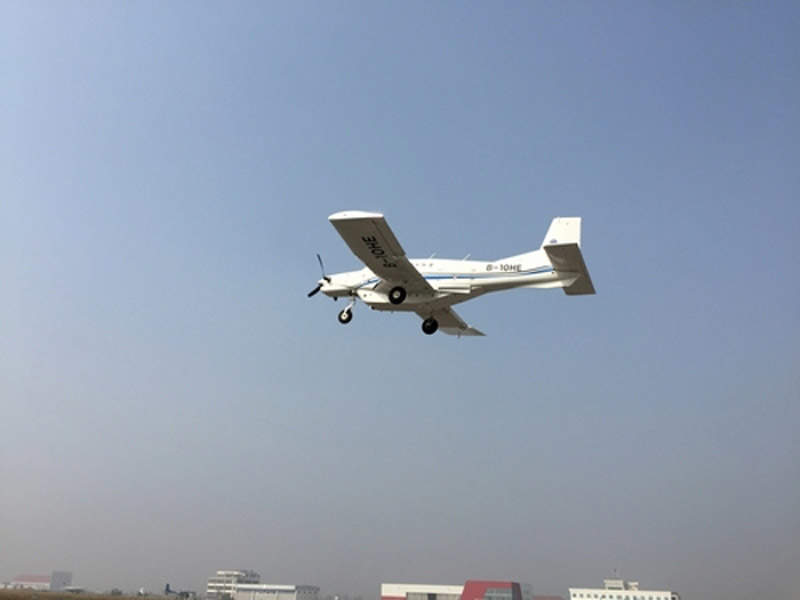 The AT200 aircraft can carry 1.5t of cargo. Credit: Institute of Engineering Thermophysics, Chinese Academy of Sciences. 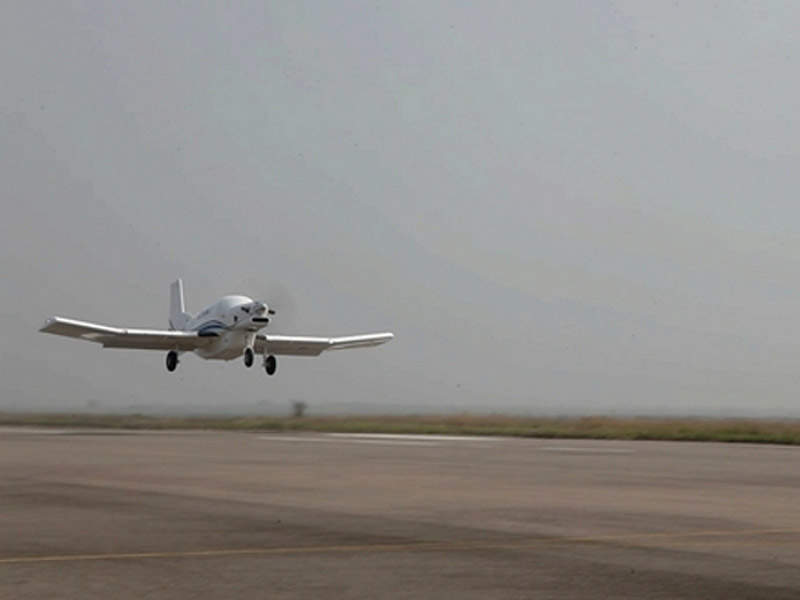 P750XL light utility aircraft was the basis for the AT200 unmanned aircraft. Credit: Institute of Engineering Thermophysics, Chinese Academy of Sciences. 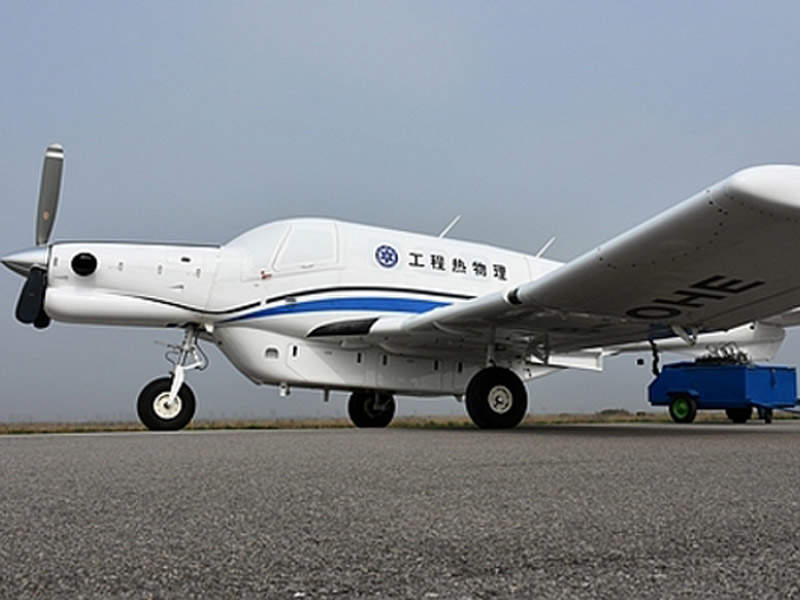 China’s heaviest cargo unmanned aerial vehicle (UAV) AT200 is designed to meet cargo transportation needs of both civilian and military operators. It can transport large amounts of freight to hard-to-reach places such as mountains, islands and other remote areas both during the day and night.

The unmanned aircraft is based on P750XL turboprop light utility aircraft, which is designed and built by Pacific Aerospace, an aircraft manufacturing company based in New Zealand.

It was jointly developed by Institute of Engineering Thermophysics of China and Chinese aircraft manufacturer Longxing UAV Systems, under a license from Pacific Aerospace. Development of the UAV was started in June 2016 and the maiden flight was made in October 2017.

Design and features of AT200 cargo UAV

The AT200 cargo unmanned aircraft features low-wing monoplane design with a large fuselage. It measures 11.84m-long and 4.04m-high, and has a wingspan of 12.8m.

The UAV’s empty and maximum take-off weights are 1.63t and 3.4t respectively. It features a 10m³ cargo compartment, which can accommodate 1.5t of cargo.

“It can fly to a range of up to 2,183km and is capable of hovering for up to eight hours.”

The aircraft requires 77m of runway length for take-off and 100m for landing. It is capable of taking off and landing on a 200m runway strip when fully loaded.

It can also perform take-off and landing operations on unpaved runways, uneven surfaces and grasslands, when deployed in high-altitude, mountainous regions.

The UAV incorporates advanced autopilot, navigation and redundant flight control system to achieve flight safety and reliability. It can operate in both autonomous and remote pilot modes.

The on-board autopilot allows the UAV to fly autonomously from take-off to landing using predefined waypoints.

The UAV can be remotely controlled by a human operator from its ground control centre. The operator can monitor and modify the UAV’s mission plan during the flight in real-time.

A digital communication link with anti-jamming capability is installed to facilitate secure data transfer between the UAV and its ground command and control station.

The aircraft is fitted with traffic collision avoidance system to improve safety by reducing mid-air collisions between airplanes. The on-board fail-safe mechanism ensures the aircraft to safely return to its launch place in the event of loss of communication with the operator.

The AT200 UAV’s power plant is located in the forward section and consists of a single 750hp PT6A-34 lightweight, twin-shaft, turboprop engine developed by Pratt and Whitney Canada.

The engine drives a three-blade propeller, which is mounted in the front in tractor configuration.

The Chinese AT200 freight transport unmanned aerial vehicle has a cruising speed of 313km/h, service ceiling of 6,098m, and a rate of climb of 5.42m/s.

It can fly to a range of up to 2,183km and is capable of hovering for up to eight hours. It has the ability to transport cargo under harsh environmental conditions.