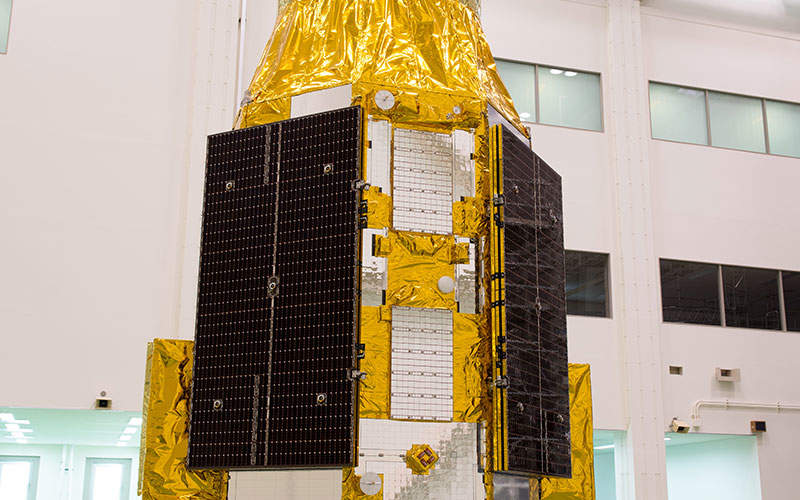 The ASTRO-H satellite is expected to be launched from Tanegashima Space Centre in February 2016. Credit: JAXA. 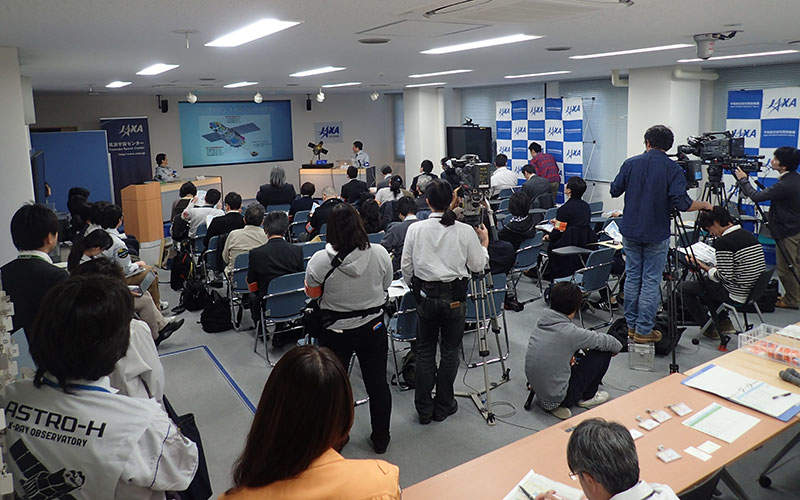 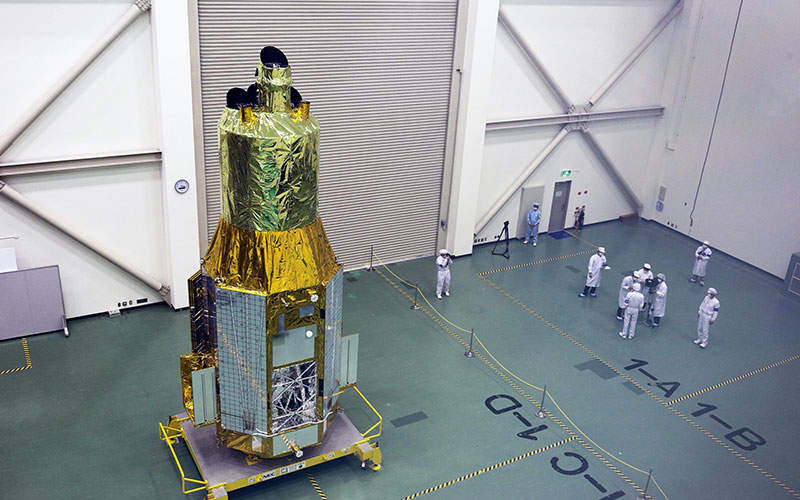 The satellite will explore the structure and evolution of the universe with the help of x-ray telescopes. Credit: JAXA.

The x-ray astronomy satellite ASTRO-H was scheduled to be launched from Tanegashima Space Centre, Japan, aboard an H-IIA rocket on 12 February 2016.

The satellite, also known as the new x-ray telescope (NeXT), was developed by the Japan Aerospace Exploration Agency (JAXA) in collaboration with more than 70 contributing institutions in Japan, the US, Canada and Europe.

The satellite will be positioned at a low Earth orbit altitude of 575km (357 miles) to study and explore the structure and evolution of the universe. It was developed as a successor to Suzaku, an x-ray astronomy satellite launched in July 2005.

The European Space Agency (ESA) provided part of the funding for the procurement of a number of items for instruments for the ASTRO-H satellite. Three European scientists serve as advisors to the mission’s core science programme.

ESA will have access to the satellite’s mission data in return for the contribution.

Construction of the soft x-ray telescope flight model to be flown on-board the Astro-H satellite was completed at the Nasa Goddard Spaceflight Centre (GSFC) in March 2013.

Neptec Design Group was awarded a contract worth $1.35m to build the Canadian ASTRO-H metrology system (CAMS) in April 2014. CAMS will help to calibrate the observatory’s main telescope and will significantly enhance the images it captures.

The manufacturing of two hard x-ray and two soft x-ray telescopes as well as their integration test with the ASTRO-H satellite was completed in May 2014.

The thermal vacuum test for the ASTRO-H satellite was completed at the Tsukuba Space Centre between 24 June and 9 July 2015. The satellite also underwent a sinusoidal vibration test between August and October 2015 at the same location.

The objective of the ASTRO-H satellite mission is to explore the structure and evolution of the universe. It will study and understand extreme conditions in the universe, explore diverse phenomena of non / thermal universe, and elucidate dark matter and energy.

The satellite is expected to provide breakthrough results in scientific areas, including the behaviour of matter in the gravitational strong field regime, and physical conditions in sites of cosmic-ray acceleration.

“The satellite will be launched from the Yoshinobu Launch Complex at the Tanegashima Space Centre in Kagoshima, Japan.”

The satellite will lift off aboard the H-IIA launch vehicle operated by Mitsubishi Heavy Industries (MHI) and launch in two stages. The rocket can be equipped with either a solid rocket booster or Castor solid strap-on booster to basic configuration.

The satellite will be launched from the Yoshinobu Launch Complex at the Tanegashima Space Centre in Kagoshima, Japan.