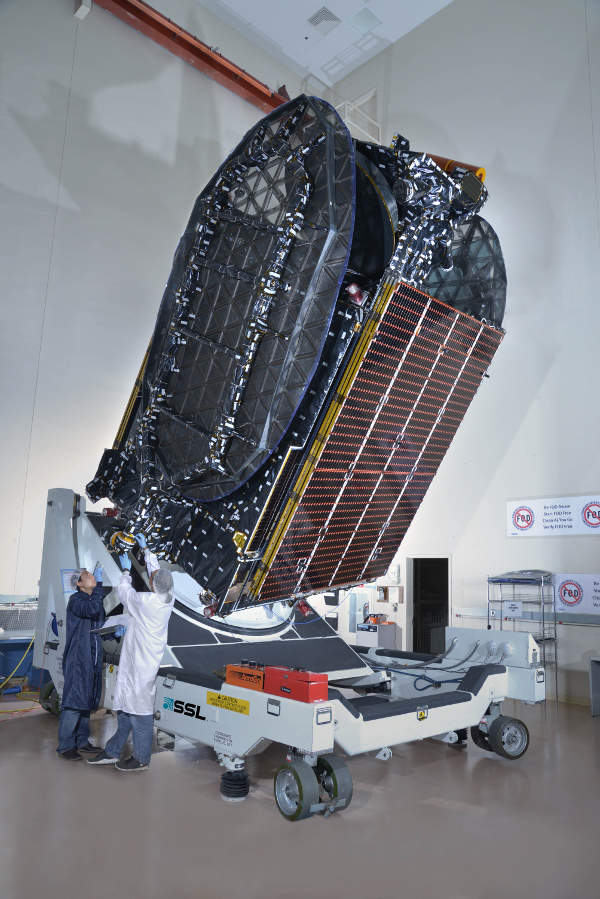 The AsiaSat 6 satellite is fitted with 28 high-powered C-band transponders. 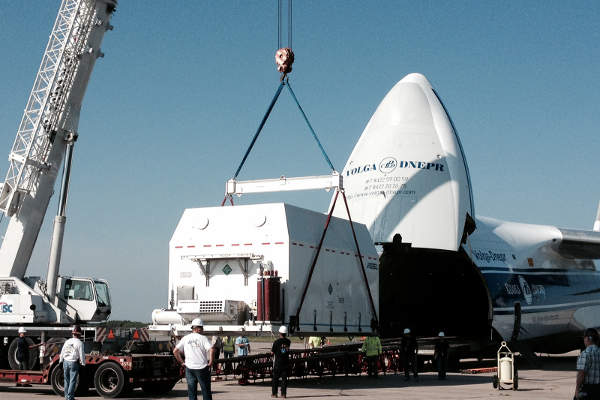 The satellite was shipped to the Cape Canaveral Air Force Station in Florida in July 2014. 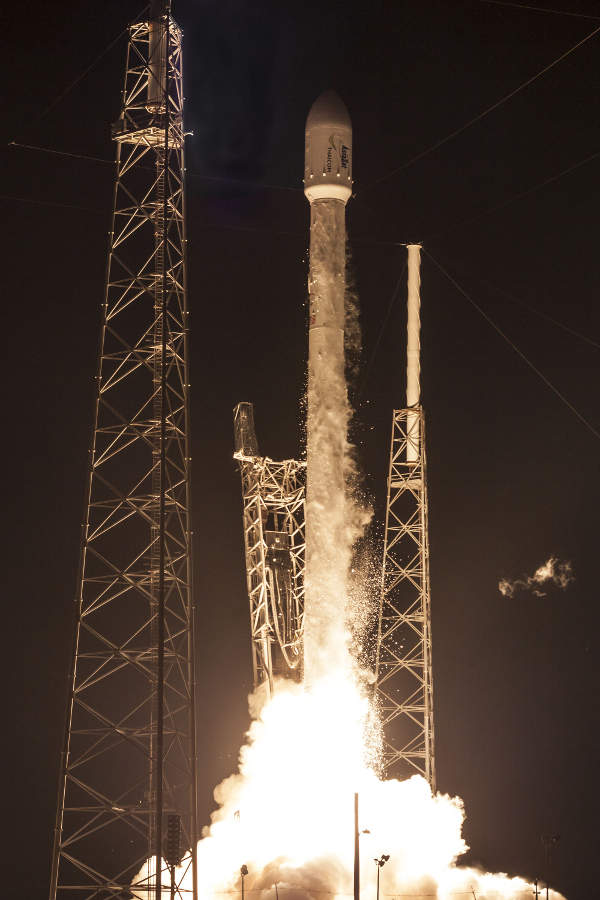 The satellite was launched in September 2014 atop a Falcon 9 rocket. Image courtesy of Space Exploration Technologies (SpaceX).

AsiaSat 6 is a communications satellite operated by Asia Satellite Telecommunications Company (AsiaSat) and manufactured by Space Systems/Loral (SS/L). It was developed by AsiaSat in partnership with Thaicom Public Company (Thaicom), which is expected to provide services under the name Thaicom 7.

The satellite was launched into the geosynchronous transfer orbit (GTO) from the Space Launch Complex 40 on Cape Canaveral Air Force Station in September 2014. It will be placed at a 120° east orbital position, and will provide broadcasting, telecommunications and broadband services across Asia, Australasia, Central Asia and the Pacific Islands.

The launch took place a week after the successful launch of the AsiaSat 8 satellite.

"SS/L was awarded a contract to design, assemble and manufacture the AsiaSat 6 satellite in November 2011."

SS/L was awarded a contract to design, assemble and manufacture the AsiaSat 6 satellite in November 2011. The satellite construction was completed at SS/L’s Palo Alto manufacturing facility in California, US.

The satellite is designed with a lifespan of over 15 years and has been developed with a total investment of approximately $190m. It has a launch mass of 4,430kg and is equipped with two solar arrays, each containing three panels for power generation. It also includes batteries for power storage and dedicated avionics to distribute power to the various systems. It features three-axis stabilisation and navigation.

The satellite was transported to Cape Canaveral Air Force Station in Florida in July 2014 for launch operations, while the rocket integration and other pre-launch operations were conducted at Space Exploration Technologies Corporation’s (SpaceX) development facility in McGregor.

The satellite uses a chemical propulsion system for apogee manoeuvres and station keeping in the GTO.

The satellite is based on the LS1300 platform developed by SS/L and the satellite bus is designed to contain a lightweight and high-strength structure. It is equipped with fuel-efficient attitude and station-keeping subsystems, as well as high-efficiency and reliable solar arrays.

The satellite bus supports 12 to 150 active transponders, while the total satellite power capacity ranges between 5kW and 25kW.

The satellite is equipped with 28 high-powered C-band transponders operating at a bandwidth of 36MHz and a TWTA power of 100W. It carries two beams including one global and one regional. It provides a superior power and look angles for video distribution and broadband network services covering Asia, Australasia, Central Asia and the Pacific Rim countries.

The AsiaSat 6 satellite was launched on a Falcon 9 v1.1 rocket, which was developed by SpaceX. The rocket, which is 68.4m high and 12ft in diameter, placed the satellite into the GTO in two stages.

The rocket was loaded with liquid oxygen (LOX) and rocket-grade kerosene (RP-1) propellants and powered by nine Merlin engines in the first stage, while a single Merlin engine was used to power the second stage. The spacecraft was separated in approximately 32 minutes after the lift-off.