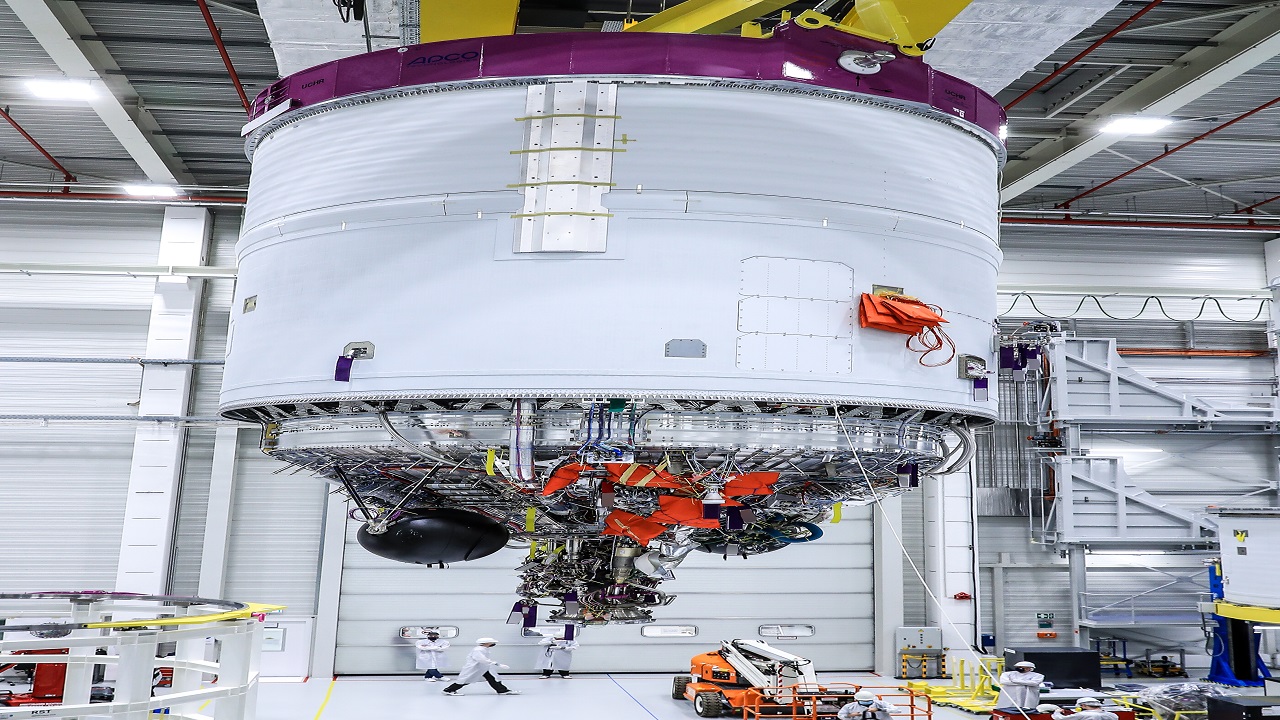 Ariane 6 is a new modular launcher under development by ArianeGroup on behalf of the European Space Agency (ESA). Credit: ArianeGroup. 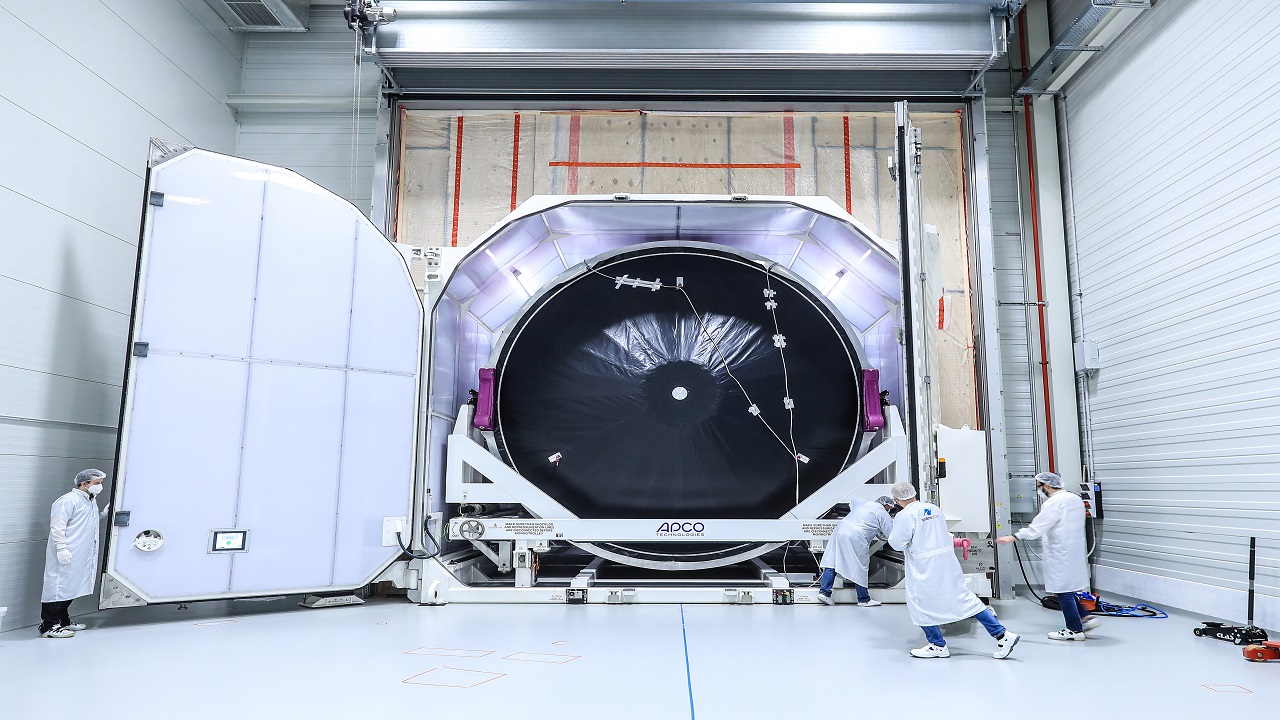 Ariane 6 is planned to be launched in 2022. Credit: ArianeGroup. 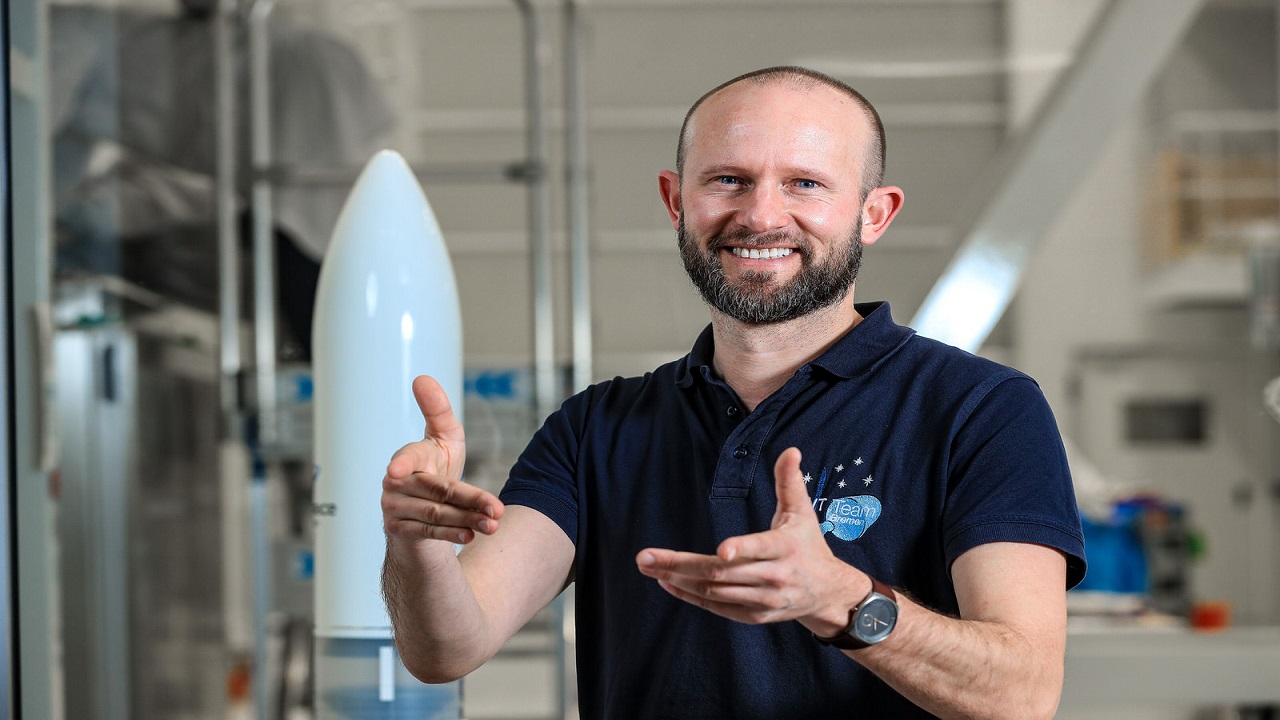 The new launch vehicle will be available in two versions. Credit: ArianeGroup.

Ariane 6 is a new modular and flexible launcher being developed by ArianeGroup, a joint venture of Airbus and Safran, and its European industrial partners. ArianeGroup, formerly known as Airbus Safran Launchers, is the prime contractor and design authority, while the European Space Agency (ESA) is overseeing the procurement and architecture of the overall launch system.

Bringing together proven technologies and innovation, the Ariane 6 family of launchers aims to be the optimum launch vehicle to cater to a range of missions for commercial and institutional customers.

The upper stage of the first Ariane 6 arrived at the testing site of Lampoldshausen, Germany, in March 2021.

With up to 12 launches a year, Ariane 6 is planned to be launched from Europe’s Spaceport in Kourou, French Guiana in the second quarter of 2022. Spread across 170ha, the launch complex is being prepared by the National Centre for Space Studies (CNES), the French space agency.

A significant upgrade over the Ariane 5 launch vehicle, the 60m-high Ariane 6 launcher will weigh approximately 900t when launched with a full payload.

The launch vehicle’s modular configuration will include core stages that are powered by lower and upper liquid propellant modules. The modules will be complemented by either two or four P120C solid-propellant rocket motors as strap-on boosters. Ariane 6 will be available in two versions, the A62 with two strap-on rocket motors and the A64 with four strap-on boosters. The A62 will offer a payload capacity of 4.5t to geostationary transfer orbit (GTO) and 7t to sun-synchronous orbit (SSO), while the A64 will have a payload capacity of 12t in GTO in dual launch configuration and up to 20t in low Earth orbit (LEO).

The vehicle will include an ogive-shaped fairing at the top, which will be available in two sizes, including 20m in the A64/A62 variant and 14m in the A62 variant. The 5.4m-diameter fairings will be made of carbon fibre-polymer composite cured in an industrial oven, ensuring protection for the satellites from acoustic, thermal, and aerodynamic stresses.

Being developed based on the reliability, availability, maintainability and safety (RAMS) approach, the launch programme includes multiple maturity gate milestones to ensure that the project meets all the development objectives at regular intervals.

The ESA is working with an industrial network of more than 600 companies in 13 European countries, including 350 small and medium-sized enterprises for the development of the vehicle.

The Ariane 6 will feature three stages, two or four strap-on boosters, a core stage and an upper stage.

Comprising solid rocket boosters (SRBs) and powered by the liquid-fuelled Vulcain 2.1 engine, the core stage will launch the vehicle to 200km in the first ten minutes and deliver 135t of thrust in a vacuum.

The upper stage of the launcher draws power from the re-ignitable Vinci cryogenic liquid oxygen and hydrogen engine to be able to reach a range of orbits and deliver more payloads on a single mission.

The upper stage will reach the required orbits with one, two or more burns while a final burn will allow the vehicle to de-orbit the upper stage after its separation from the payload.

Ariane 6 will be capable of launching both heavy and light payloads to different orbit ranges for science, earth observation, meteorology, navigation, telecommunication, and other applications.

The payload system will allow multiple small satellites weighing less than 200kg to be launched as ‘piggyback’ payloads along with the main payload. The rideshare multiple-launch service will provide affordable opportunities for the customers to launch their satellites into orbit.

Airbus Safran Launchers appointed Eiffage Énergie Systèmes to build the automated fabrication shop for the manufacturing of nozzles for the Ariane 6 launch vehicle.

Arteche was contracted to supply relays for Ariane 6, while EOS was selected to work on the additive manufacturing of an injector head for the rocket engine.

ESA signed contracts worth €3bn ($3.31bn) with Airbus Safran Launchers and CNES for the final full-scale development of Ariane 6 and its launch complex in November 2016.

Réaltra Space, a space company based in Ireland, received a contract to design, develop and deliver on-board live telemetry.

The first commercial GEO contract for the launch vehicle was signed with Eutelsat in 2018, as part of a multiple-launch agreement that seeks to launch five satellites through 2027.