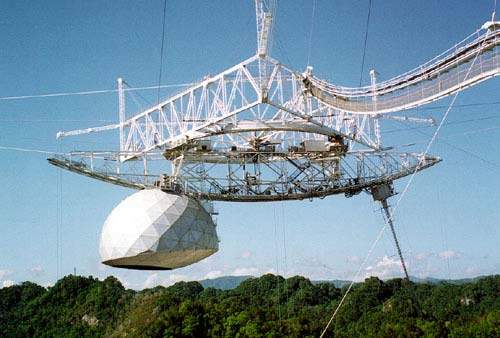 Arecibo has the largest telescope in the world. 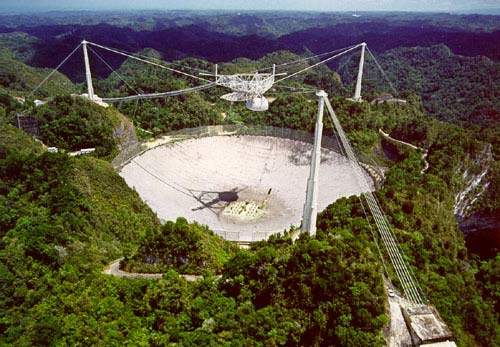 The upgrade cost about $27 million. 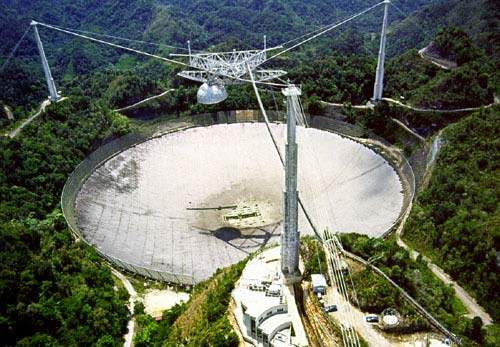 The 1,000ft reflector dish rests in a mountaintop sinkhole in Arecibo, Puerto Rico, set 450ft beneath the structure supporting the dome, which houses a system of reflectors used to focus radio waves picked up by the telescope's dish. 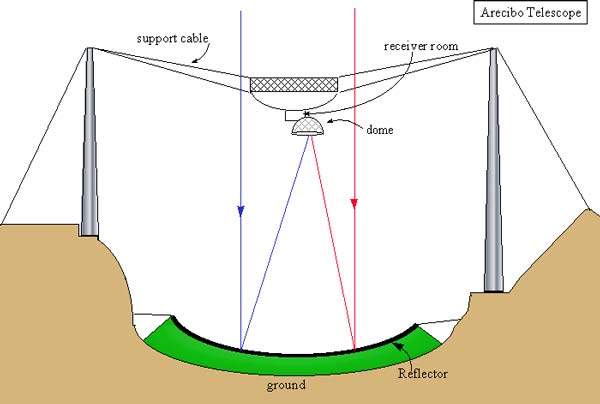 The secondary and tertiary reflectors are located within a dome. The telescope can be 'steered' by moving the dome up and down along the curved arm, which can also be rotated. 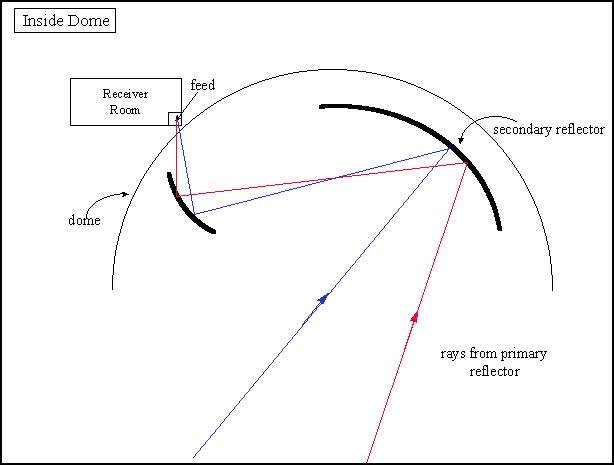 In the dome, incoming rays that are reflected first off the fixed reflector on the bottom of the sinkhole are reflected up to the secondary and then to the tertiary mirror. The rays finally come to a point focus at the receiver room.

After two decades of planning, the National Astronomy and Ionosphere Center at Cornell University has completed an upgrade to the largest radio/radar telescope in the world at Arecibo, Puerto Rico.

Beyond the solar system, an increasing number of pulsars become accessible, and with the increased sensitivity, new planets may be found. Arecibo is also well suited to study the chemistry of star formation. The Arecibo Observatory is a radio/radar telescope that uses electromagnetic radiation, or radio waves, to study phenomena that occur as close as 3km (about 2 miles) above Earth in the upper atmosphere, or exotic cosmic objects many billions of light years away, at the edge of the known universe.

The 1,000ft reflector dish rests in a mountaintop sinkhole in Arecibo, Puerto Rico, set 450ft beneath the structure supporting the dome, which houses a system of reflectors used to focus radio waves picked up by the telescope’s dish.

The upgrade features a new system for focusing radio signals using a system of Gregorian reflectors, a new, more powerful 1 million watt radar transmitter and a 50ft high steel mesh ground screen to reduce ground interference. The facility, operated by Cornell University’s National Astronomy and Ionosphere Centre (NAIC) under co-operative agreement with the NSF, was upgraded with funds from the NSF and NASA at a cost of approximately $27 million.

The upgrade, the second since the facility was built in 1963, allows scientists to do in one hour what previously took 10 hours. The sensitivity was improved by a factor of about 20 for studies of the solar system and by a factor of about three or four for studies of distant galaxies. More radio frequencies are now available with increased sensitivity at all frequencies. Astronomers will be able to ‘observe’ signals farther away, and thus further back in time, than ever before. The telescope’s frequency range, and thus its sensitivity, previously 50MHz to 3,000MHz, is now 10,000MHz.

Unchanged in the upgrade is Arecibo’s trademark reflector dish. Most radio telescopes use a parabolic antenna that can be steered to any direction. The Arecibo antenna is spherical and remains fixed but the focusing device suspended above the dish can be steered. Thus, signals can be captured from a greater slice of the sky. A radio/radar telescope captures and transmits radiation at radio wavelengths, unlike optical telescopes, which capture lightwaves. So clouds, haze and even daylight do not interfere with radio astronomy.

The system suspended above the dish to focus the radiowaves collected by the 1,000ft diameter (305m) reflector has been radically changed. Now, a new six-storey, 90t dome houses a new reflector system, a combination of two radio mirrors and sensitive receiver systems. It is suspended 450ft above the giant reflector dish. The mirrors focus radio waves coming from distant objects in space or radar signals that are sent out into space and bounce back from the surfaces of the planets and other bodies in the solar system.

Comsat RSI of Sterling was the prime contractor for the renovation work.