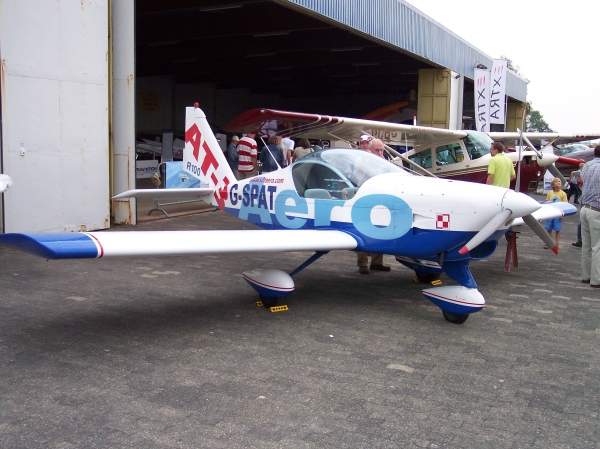 The AT-3 is a single engine, two-seat basic trainer and light utility aircraft designed and manufactured in Poland by Aero. Image courtesy of Stahlkocher. 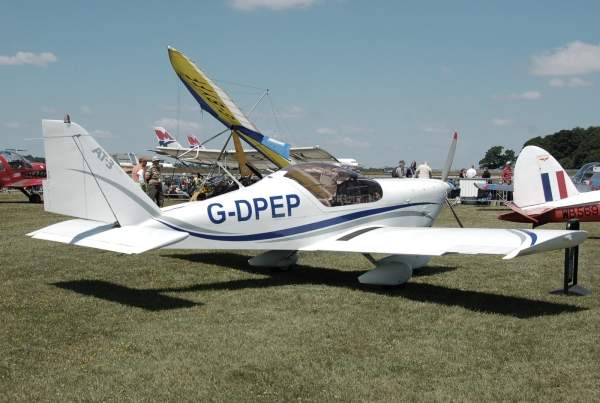 The 6.25m long and 7.55m wide Aero AT-3 can operate from unprepared airstrips, dirty airfields and grass runways. Image courtesy of Adrian Pingstone. 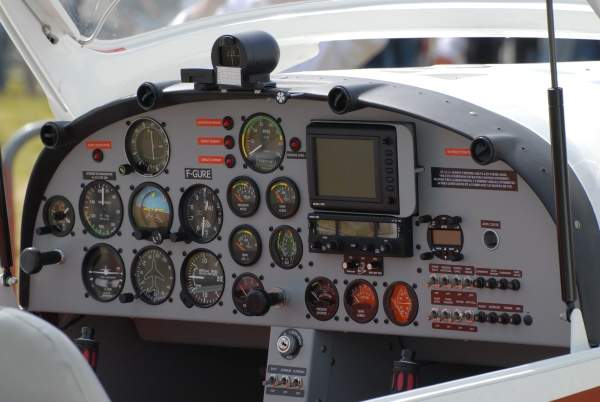 The AT-3 is a single engine, two-seater basic trainer and light utility aircraft designed and manufactured in Poland by Aero. It is derived from the Pottier P.220S Koala aircraft. It can carry out pilot training and passenger transportation missions.

Two versions of the aircraft have been built – a special kit home built variant named the AT-3 SK, and a factory built version, the AT-3 R100.

The maiden flight of the AT-3 took place in 1997 and the aircraft entered service in 2002. The aircraft was accredited under the European Aviation Safety Agency (EASA) very light aircraft (VLA) category in January 2005.

Orders, deliveries and design of Aero’s AT-3

"The AT-3 is a single engine, two-seater basic trainer and light utility aircraft designed and manufactured in Poland by Aero."

Six AT-3s were ordered by Aeroclub Air France in 2008. A total of 50 AT-3s have been built until May 2010. Four AT-3s are operational with the Old Sarum Flying School.

The AT-3 was designed in compliance with the European Joint Aviation Regulation (JAR-VLA) standards. It has a low wing cantilever monoplane design with a vertical tail fin.

The aircraft was designed to be a low cost, low maintenance basic trainer which can operate both day and night under visual flight rules (VFR) conditions.

The 6.25m long and 7.55m wide aircraft consumes 16 litres of fuel an hour. It can take-off and land from unprepared airstrips, dirty airfield and grass runways.

Construction of the basic trainer and light utility aircraft

The AT-3 is an all-metal and semi-stressed skin construction, suitable to withstand the rigours of pilot training. It is constructed with solid rivets of carbon or kevlar composites to for robustness and durability. The rivets are anodized to safeguard the airframe from corrosion and enable the aircraft to operate in all weather conditions.

Flight deck and avionics onboard the Polish pilot trainer

The AT-3 features an all digital glass cockpit equipped with two adjacent ergonomic seats and dual throttle controls for the pilot and a passenger. It is fitted with a large bubble shaped jettisonable glass canopy which opens forward to render clear visibility to the flight crew.

A baggage compartment comprising two containers (left and right) is situated behind the cockpit seats. It can accommodate 30kg of payload, of which 20kg is stored in the lockable left container and the remaining in the right container.

The AT-3 is powered by a single Rotax 912S engine rated at 75kW of output power. The engine is designed and manufactured by BRP Rotax.

A three-blade aero-elastic and ground adjustable carbon composite Elprop 3-1-1P propeller is incorporated at the aircraft’s nose section to maximise performance while minimising the noise. The propeller can rotate at the rate of 5,800rpm.

Landing gear and performance of the Aero AT-3 aircraft

The AT-3 is fitted with a robust fixed tricycle type landing gear made of steel leaf springs. The landing gear features two main wheels and a single free castoring nose wheel.

The aircraft is fitted with two independent hydraulic toe brakes on the main wheels to render ground manoeuvrability with a small turning circle.

The AT-3 can climb at the rate of 4.6m/s. The never-exceed and maximum speeds of the aircraft are 236km/h and 220km/h respectively.

The cruise speed is 200km/h and the stall speed is 82km/h. The range of the aircraft is 717km and service ceiling is is 4,000m. The take-off and landing distances are 160m and 150m respectively.