Range with maximum number of passengers 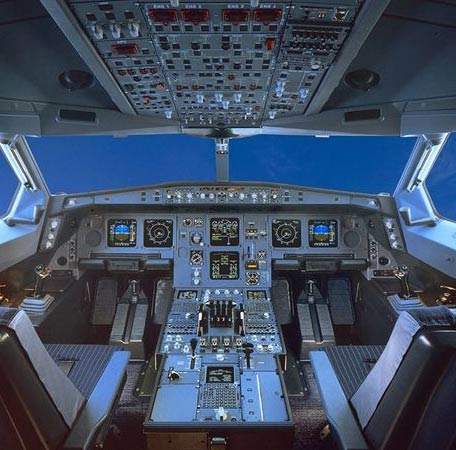 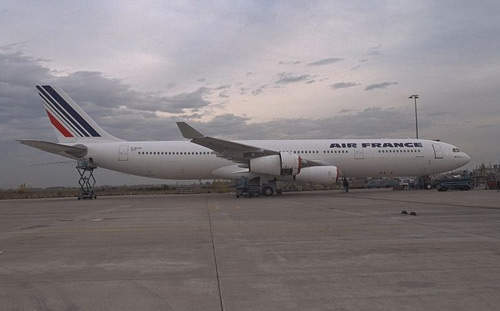 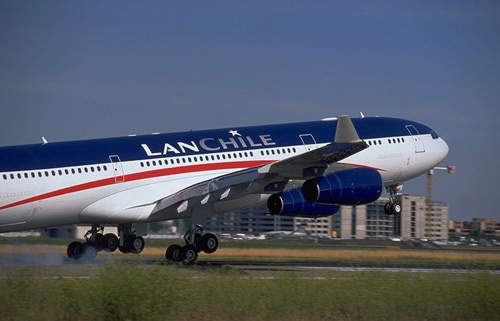 LanChile A340. The fuselage of A340 is mainly constructed of high strength aluminium alloy with some structures of advanced composite materials. 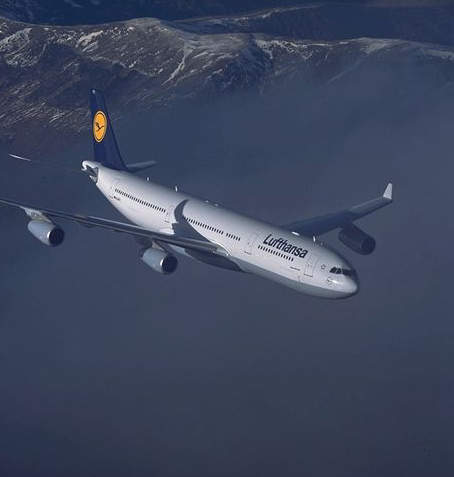 One of the fleet of A340 airliners in service with Lufthansa Airlines of Germany. 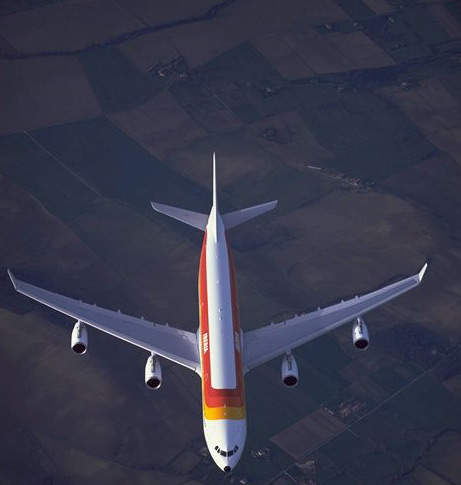 Iberian Airlines A340-300. The aircraft are equipped with four CFM56-5C4 engines. 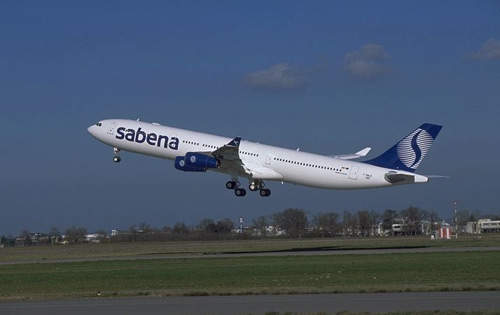 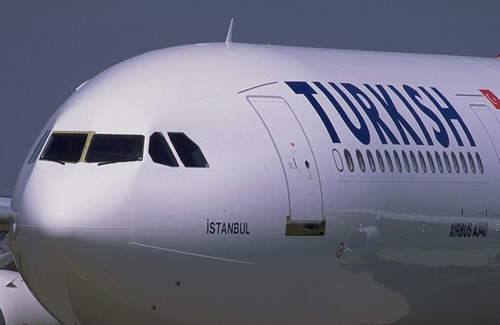 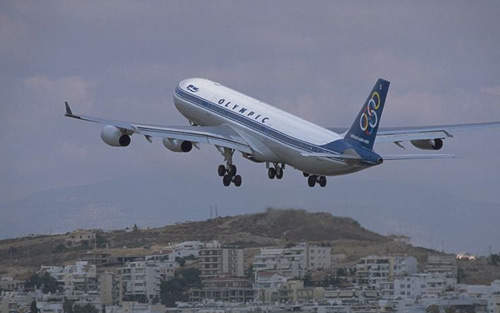 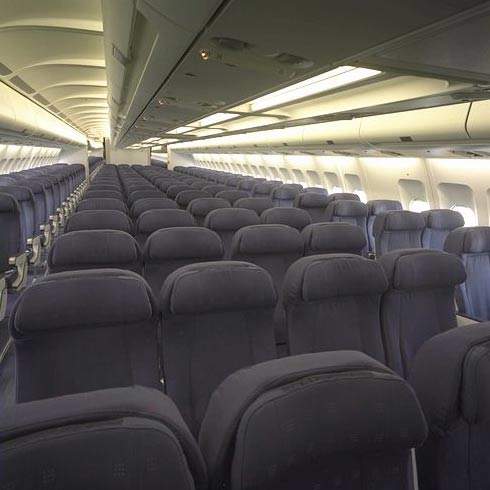 The passenger cabin of a Sabena Airlines A340-300.

The Airbus A340 family of wide-bodied four engine airliners is optimised for long range to ultra long range performance and is in service with dozens of airlines worldwide for non-stop long-haul services. The aircraft entered service in 1993 with Air France and Lufthansa. The A340-200 typically carries 239 passengers on flights of up to 14,800km. The A340-300 carries 295 passengers up to 13,500km. The first A340-300E enhanced version, with an upgraded engine, new liquid crystal (LCD) cockpit displays and a more spacious cabin interior design, was delivered in March 2004 to launch customer South African Airways, which has six in its fleet.

An A340-300 is being used by Airbus as a testbed for the AWIATOR technology programme to evaluate new ways of measuring and influencing aerodynamics and noise.

The advanced flight deck incorporates an optimised layout of liquid crystal displays so that each crew member can easily assimilate all relevant data. The size of the screens, 6.25in x 6.25in, makes eye-scanning unnecessary. The Electronic Flight Instrument System (EFIS) provides the flight information and consists of a Primary Flight Display and a Navigation Display for each pilot.

There are three multipurpose control and display units giving access to the aircraft’s flight management system. The units can provide systems maintenance data in the air and on the ground. The Electronic Centralised Aircraft Monitor (ECAM) provides an engine/warning display on the upper screen and the aircraft systems display on the lower screen.

Essential data is rearranged by an automatic display reconfiguration in the event of any display unit failure and also the flight deck has an integrated stand-by instrumentation system.

Thales Avionics has developed a digital head-up display which is planned for certification on the A340 in 2005. The HUD uses liquid crystal displays.

The fly-by-wire system incorporates multiple redundancy and a high degree of integrity. There are three primary and two secondary main computers, each one comprising two units with different software. The primary and secondary computers have different hardware and different architectures. The power supply sources and the signalling lanes are segregated. Mechanical signalling is retained for rudder movement and for the horizontal stabiliser trim and the aircraft can, if necessary, be flown on mechanical systems only.

The structure of the aircraft is mainly of high strength aluminium alloy with some structures of carbon fibre and glass fibre reinforced plastics. The use of advanced composite materials results in reduced weight and thus fuel burn and includes the fin and rudder, horizontal tailplane, wing trailing edge moving surfaces, the wing/fuselage fairing and the cabin floor panels.

EADS France (formerly Aerospatiale Matra) manufacture the flight deck, the centre fuselage section and the engine pylons. BAE Systems with its USA subcontractor Textron Aerostructures are responsible for the manufacture of the wings. Most of the aircraft fuselage and the interior are built by EADS Germany. EADS Spain and Belairbus build the other major structures including the tailplane and leading edge slats. The completed sections of the aircraft are transported to EADS Toulouse facility for final assembly, fitting and test.

The A340-200 and -300 aircraft are equipped with four CFM56-5C4 engines developing an engine thrust of 151kN. CFM International is jointly owned by General Electric of USA and Snecma Moteurs of France.

CFM has developed an upgraded engine, CFM56-5C/P, which powers the A340-300E Enhanced Aircraft, which was delivered in March 2004. The engine has a new high-pressure turbine blade and uses 3-D aero technology in the high-pressure compressor.

The maximum fuel capacity is 155,040 litres giving a range of 14,800km with a typical passenger load.

The A340 cabins can be configured in several layouts including a three class long range layout. The modularity of the interior units and systems allow easy overnight cabin reconfiguration. Galleys can be placed to give a service dedicated to each cabin. Six air temperature sensor locations provide efficient temperature control along the cabin.