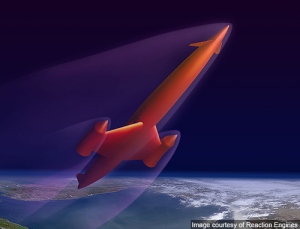 Building a spaceport could provide a welcome boost to the UK economy, operating as a hub for space tourism and space exploration, according to a new report from the Institute of Directors.

According to the report, entitled ‘Space – Britain’s New Infrastructure Frontier’, the £8n UK space sector has more than doubled in size over the last decade. In addition, should job growth continue at the 15% rate seen over the last few years, then employment in the sector will reach 100,000 jobs by 2020.

The sector currently employs 25,000 people, and supports a further 60,000 jobs indirectly with an average annual employment growth rate at 6%.

The IoD, the UK’s largest business leadership organisation, believes that a space port would be well served through space tourists, who have shown a willingness to spend $200,000 for a three hour trip in space.

Possible locations identified for the spaceport include Scotland, Northern Ireland or south-west England, where a long runway and undisturbed high altitude air corridor would be crucial.

It has also identified possibilities to develop a dual purpose air and spaceport on a man-made island in the Severn Estuary.

Other options include expansion of the runway at air force base in Scotland or Northern Ireland, such as RAF Lossiemouth.

The report goes on to say that spaceport development is expected to be privately funded, but insists that strong support from local and central government would be necessary to set up a spaceport and to develop a regulatory framework for journeys.

A core part of the process would be to develop a regulatory framework for journeys out of the atmosphere. The country currently has no safety, environmental or flight regulation laws in place for space travel and setting these in place would attract entrepreneurs and provide a platform for a thriving industry.

Options are currently being examined for regulatory control of UK-based spaceflight, both for upstream companies building space hardware and downstream firms, which offer space-related services according to the IoD.

The development of a spaceport would also allow Britain to share suborbital space tourism, currently led by companies such as Virgin Galactic.

Also cited in the report is Skylon, the UK’s most ambitious and audacious space project to date. The brainchild of Alan Bond, Skylon was born out of the 1980s government-financed HOTOL (horizontal take-off and landing) programme and resulted in a plan to build a reusable vehicle that would carry twice the cargo and could still take-off into space from an airstrip and re-enter the atmosphere and land like a plane.

Skylon has been plagued by rising costs, but should it succeed then it will have a huge impact on lowering the cost of transporting cargo into space, to the extent that hotels in space and colonies on Mars would be more economically feasible.

Image: The Skylon cargo-carrying space vehicle has been described as Britains most ambitous space project to date. Credit: Reaction Engines.