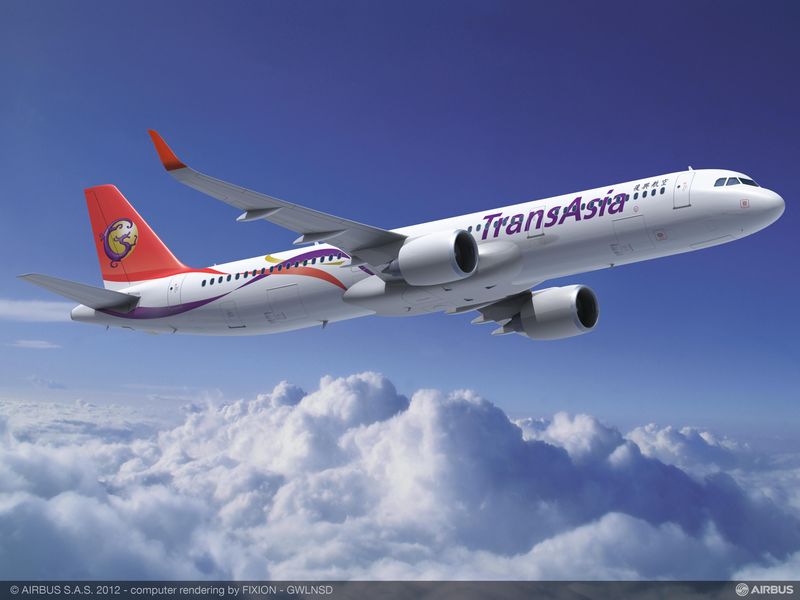 Taiwan’s TransAsia Airways has placed a firm order with Airbus for an additional six single aisle A321neo aeroplanes as part of the carrier’s fleet expansion programme to serve new routes.

To date, the carrier has placed orders for 29 Airbus single aisle aircraft, with 11 having been delivered, including a backlog of 12 A321neo and six sharklet-equipped A321ceo.

TransAsia Airways chairman Vincent Lin said the A321neo plane fitted the company’s strategy to strengthen its footprint in the domestic and regional markets and offer a solution to its fleet requirements.

"With its wide cabin and outstanding fuel performance, the A321neo will bring new levels of comfort to our passengers, whilst minimising our environmental footprint," Lin added.

"The combination of low fuel burn and extended flying range from Taipei will position the airline well to meet its expansion plans across the fast-growing Asian market."

Powered by Pratt and Whitney’s PW1100G engines, the A321neo is the largest variant in the A320neo line. According to Airbus, it offers 15% fuel savings and a double digit reduction in NOx emissions.

Airbus COO – customers John Leahy said that with the latest version of the A321, TransAsia Airways fleet would have the most fuel-efficient aircraft in the 185-200 seat segment.

"The combination of low fuel burn and extended flying range from Taipei will position the airline well to meet its expansion plans across the fast-growing Asian market," Leahy added.

Airbus has received 8,600 orders for the A320 aircraft to date, with 5,200 having been delivered to some 374 customers and operators worldwide.

Meanwhile, the Taiwanese carrier also placed a separate order for two wide-body A330-300s and the first airplane is expected to be delivered later this year.