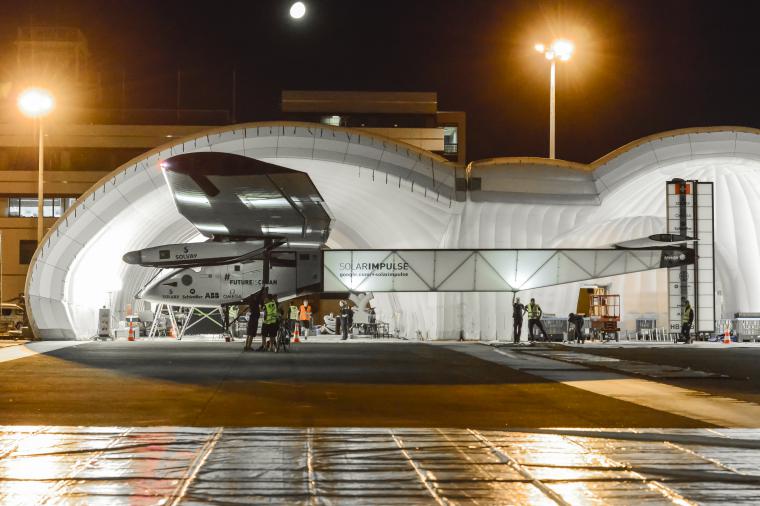 The Solar Impulse 2 project team has started stage eight of the solar-powered aircraft trip from Nagoya Airfield in Japan to Hawaii, as part of its round-the-world flight.

The zero-fuel aircraft will reach Hawaii in approximately 120 hours, making it a record-breaking flight across the Pacific Ocean.

Solar Impulse started on the 35,000km global journey in Abu Dhabi on 9 March, and has successfully completed seven stages to reach China.

Powered by more than 17,000 solar cells on its wings, the aircraft started from China to Kalaeloa, Hawaii on 31 May. Unfavourable weather conditions have led the ground-support team divert to Japan.

"Andre Borschberg has passed the point of no return and must now see this five days five nights flight through to the end."

Commenting on the latest flight on its website, Solar Impulse said: "Andre Borschberg has passed the point of no return and must now see this five days five nights flight through to the end."

After reaching Hawaii, Bertrand Piccard will take the controls for the next crossing to the US mainland.

The aircraft will then continue across North America, including Phoenix, mid-US and New York, before flying over the Atlantic to Europe, and finally to Abu Dhabi.

Si2 is the upgraded version of the solar-powered prototype Solar Impulse 1, and has a wingspan of 72m.