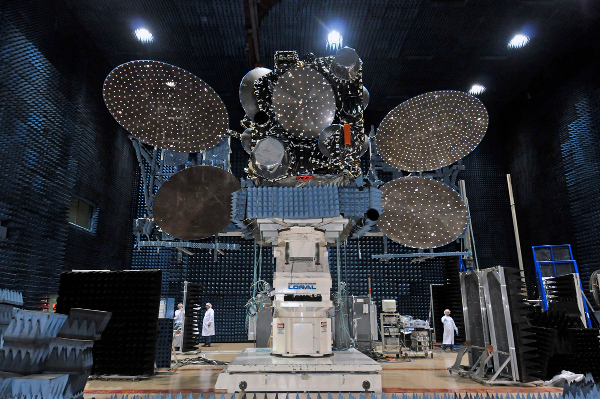 The launch of an International Launch Services (ILS) Proton Breeze M launcher, carrying the SES-5 communication satellite, has been delayed over a problem with the steering system of the rocket.

It was scheduled to take-off on 18 June from Baikonur Space Center in Kazakhstan.

However, engineers at the launch site revealed that during the pre-flight testing, they received an out of tolerance telemetry reading on a first stage subsystem, followed by the decision to further investigate and perform additional testing.

According to ILS, the 191ft-tall launcher will be returned to a processing facility for remedial action and a new launch date has yet to be announced.

The multi-mission satellite is designed and built by Space Systems/Loral (SS/L), based on the SS/L 1300 platform for SES, which incorporates an L-band payload intended for the European Geostationary Navigation Overlay Service (EGNOS).

"The 191ft-tall launcher will be returned to a processing facility for remedial action and a new launch date has yet to be announced."

It will validate, improve and report on the dependability and precision of GPS positioning signals over the European region. The EGNOS programme is managed by the European Commission, the European Space Agency (ESA) and Eurocontrol.

SES-5 satellite is also equipped with two C-band beams, which can be operated with up to 24 active C-band transponders to deliver global and hemispheric coverage respectively.

With a service life of more than 15 years, the SES satellite has been developed to provide improved performance and extensive coverage, and deliver direct-to-home (DTH) services, broadband, maritime communications, GSM backhaul and VSAT applications in Europe and Africa.

According to ILS, the satellite can also provide Ka-band uplink capability, which will allow flexible operations between the regions of Europe and Africa.