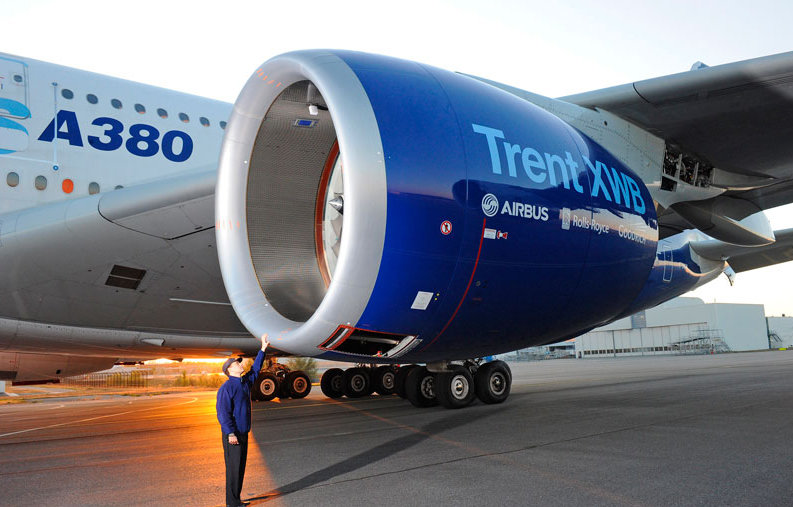 The Rolls-Royce Trent XWB engine, which will power Airbus A350 aircraft, has made its maiden flight aboard the A380 ‘Flying-Test-Bed’ aircraft.

Trent XWB development engine, mounted to replace the aircraft’s Trent 900 engines, has been equipped with test sensors to measure hundreds of parameters.

During the test, the A380 test aircraft performed a flight of over five hours from the plane maker’s facility in Toulouse, France, covering a range of power settings at altitudes up to 43,000ft.

The aircraft handling qualities were assessed from low speeds to Mach 0.9, while the engine demonstrated its new-generation fuel efficiency and low noise.

"This is a promising start to the Trent XWB’s flight-test programme which will ensure a thorough real-life testing of the engine, nacelle and its systems," Champion said.

"This will allow for a high level of powerplant integration, maturity and reliability to be achieved by the time it flies on the first A350 XWB aircraft."

Trent XWB’s flight-test programme is due to accumulate about 175 flight hours over a seven-month period, which the company claims is three times more airborne flying hours than on previous programmes.

The programme includes hot weather as well as icing condition testing campaigns and will also examine the advanced nacelle and thrust reverser system developed by Goodrich.

The flight tests were conducted to confirm the early and systematic validation of all performance characteristics of the engine, including its associated systems. Tests will also contribute to ‘de-risking’ the A350 XWB’s development prior to its entry-into-service and the first results of the flight-test campaign will be released this summer.