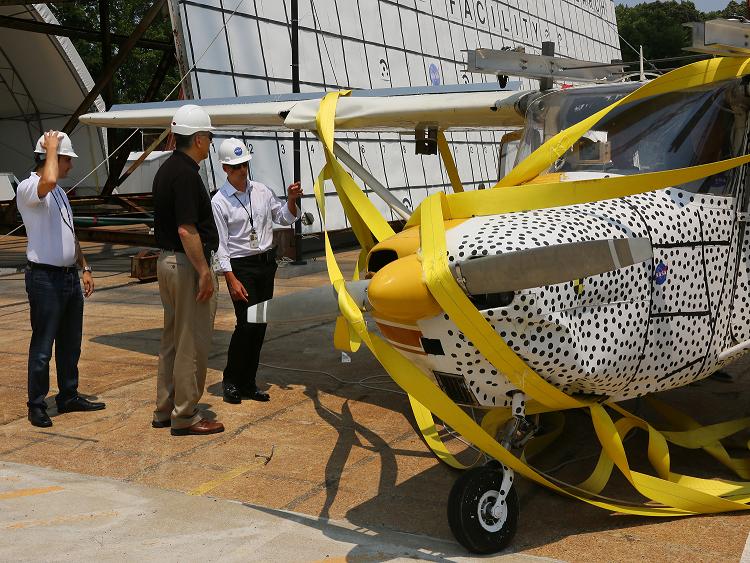 Nasa has completed a crash test to evaluate the performance of emergency locator transmitters (ELT) in aircraft.

The test was carried out at the agency’s Langley Research Center in Hampton, Virginia, using a Cessna 172 aircraft.

As part of the trial, researchers hauled the aircraft to 82ft to evaluate the four ELTs installed on-board during drop and vibration tests of beacons, and strength and fire testing of cabling.

The study has been supported by the Nasa Search and Rescue Mission Office at the agency’s Goddard Space Flight Center in Greenbelt, Maryland.

An ELT is designed to transmit a signal to an orbiting satellite within 50 seconds of an aircraft crash. The signal is then reflected to the search and rescue (SAR) ground station. Data will help compute with a location, which will be sent to rescue personnel.

"What we found was we needed to study ELTs at the component level first to better understand why the systems fail."

"What we found was we needed to study ELTs at the component level first to better understand why the systems fail," Stimson added.

During the first drop test, the Cessna aircraft simulated an emergency landing on a highway or runway.

Cameras inside and out recorded the crash and the two test dummies fell at 72ft per second onto a concrete surface, the team said.

The black and white speckled paint on the aircraft helped scientists with data collection as part of a full field photogrammetry technique, and a net was used to catch the aircraft before it could slide into a water basin.

Stimson added: "Everything worked. But the team will take some time to sort out why the ELTs performed the way they did."

Data from this experiment will help researchers to prepare for the next drop test, which will be conducted later this year.