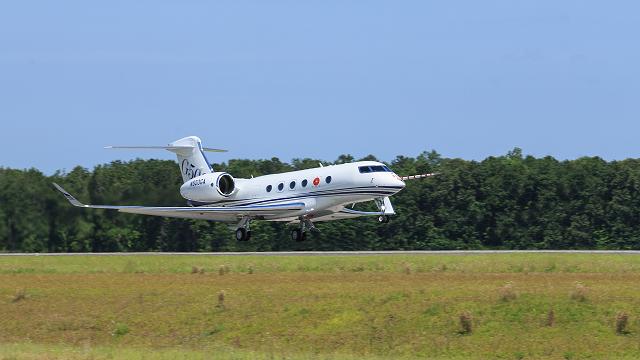 During the 2hr16min flight, the aircraft climbed to an altitude of 15,000ft, and achieved an air speed of 194kts.

"The successful first flight of N500GA represents the tremendous investments we have made in the G500 programme."

Gulfstream programmes, engineering and test senior vice-president Dan Nale said: "The successful first flight of N500GA represents the tremendous investments we have made in the G500 programme.

"We have achieved this milestone thanks to Gulfstream’s world-class research and development teams, and our commitment to setting new standards for business aviation."

The flight-test programme will comprise five aircraft, including a fully equipped production aircraft to test the interior elements and integration of aircraft systems with the passenger experience.

Gulfstream expects to receive the US Federal Aviation Administration and European Aviation Safety Agency certification for the G500 in 2017 with plans to put it into service in 2018.

Image: The G500 climbed to a maximum altitude of 15,000ft during test flight. Photo: courtesy of Gulfstream Aerospace Corporation.