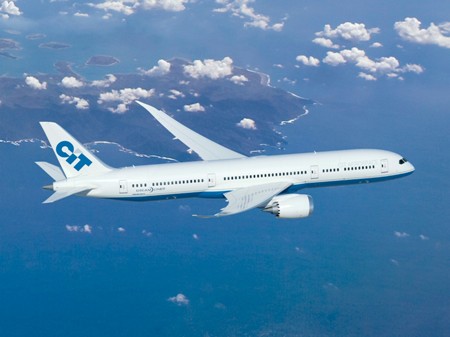 CIT Aerospace has awarded a $200m contract to GE Aviation to provide GEnx-1B engines for its four Boeing 787-9 Dreamliner aircraft.

CIT Commercial Air president Tony Diaz said: "The GEnx-powered Boeing 787 aircraft has proven itself with outstanding fuel burn and reliability, and we are pleased to add four more GEnx-powered aircraft to our leasing fleet."

The GEnx engine is claimed to offer around 15% better fuel efficiency than GE’s CF6 model.

It features a twin-annular pre-swirl (TAPS) combustor, which helps reduce nitrogen emissions by 55% and other regulated gases by as much as 90%, GE said.

GEnx is the quietest engine in GE’s portfolio as its fan blades operate at a slower tip speed to emitting around 40% less noise.

"GEnx is the quietest engine in GE’s portfolio as its fan blades operate at a slower tip speed to emitting around 40% less noise."

GE Aviation global sales and marketing vice-president and general manager Chaker Chahrour said: "The GEnx-1B engine is the leading engine of choice for the Boeing 787 Dreamliner.

"The selection by CIT for additional GEnx-powered Boeing 787 aircraft is a testament to the engine’s outstanding performance."

CIT Aerospace is one of the major aircraft leasing businesses with a fleet of more than 350 commercial aircraft, which serves approximately 100 customers across 50 countries.

The company provides leasing and financing packages, including operating leases, and structuring and advisory services for commercial airlines.