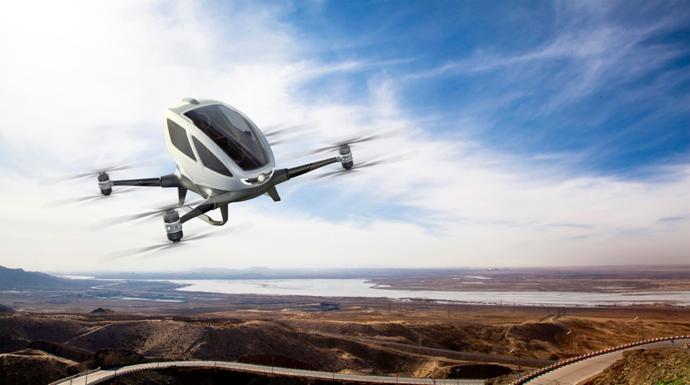 The Nevada Institute for Autonomous Systems (NIAS) in the US has given approval to Chinese aerial technology company Ehang to conduct flight tests of its 184 passenger drone in the state.

The approval was given following a teaming agreement signed among the US’ Governor’s Office of Economic Development (GOED), NIAS and Ehang.

NIAS and GOED will help Ehang during flight testing and submitting the results to the US Federal Aviation Administration (FAA) to receive further regulatory approval.

Expected to begin testing at the Nevada FAA UAS test site this year, the Ehang 184 is an autonomous aerial vehicle that can carry one passenger.

The drone was launched in January.

"I personally look forward to the day when drone taxis are part of Nevada’s transportation system."

GOED aerospace and defence industry specialist Tom Wilczek said: "The State of Nevada, through NIAS, will help guide Ehang through the FAA regulatory process with the ultimate goal of achieving safe flight.

"Ehang’s selection of Nevada to test its people-carrying drone marks a thrilling addition to the innovative companies testing throughout our state to advance the commercial drone industry.

"I personally look forward to the day when drone taxis are part of Nevada’s transportation system."

With the collaboration, Ehang aims to build the foundation for commercialising the 184 and initiate the autonomous aerial transportation industry.

Nevada Institute of Autonomous Systems operations director Dr Chris Walaach said: "Through this teaming agreement, NIAS will serve as the one-stop shop for EHang as they work through the certificate of airworthiness process to achieve safe and reliable flight."

Image: Ehang 184 is an autonomous aerial vehicle that can carry one passenger. Photo: courtesy of Ehang.