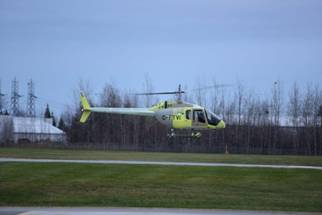 Bell Helicopter has completed the first flight of the Bell 505 Jet Ranger X helicopter at its manufacturing facility in Mirabel, Québec, Canada.

During the 30-minute flight, the helicopter performed a low-speed controllability assessment and flew two laps in the local traffic pattern at a top speed of 60k.

Designed based on inputs by a Customer Advisory Council, the Jet Ranger X is a five-seat, single-engine, turbine helicopter that is claimed to be safer and easier to fly than other variants in its category.

Other safety features include a high-inertia rotor system for autorotation capabilities and the helicopter has a cruise speed of more than 125k with a range of more than 360nm.

"The Bell 505 performed exactly as anticipated."

The company has to date received over 240 letters of intent for the new rotorcraft.

The Bell 505 Jet Ranger X is designed to cater to various segments, including utility segment, corporate and private owners, and training schools.