ContinueLearn More X
X
Advertise with us
Rohit 31 May 2015 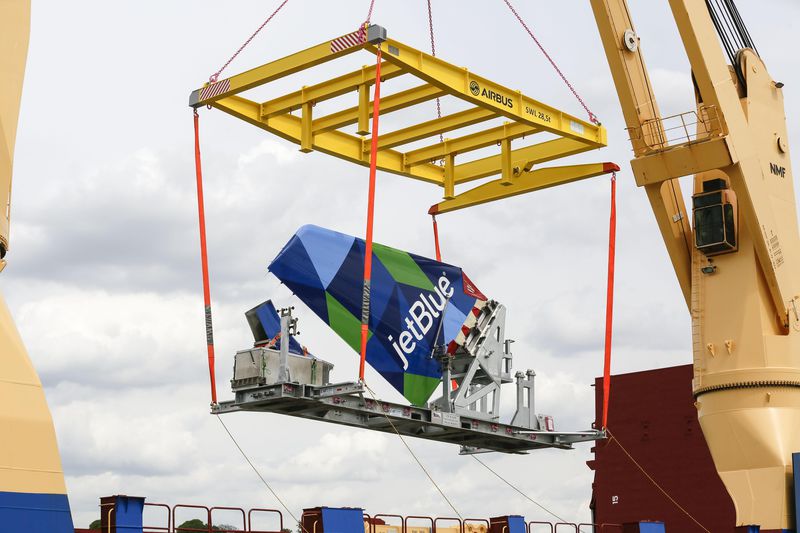 Airbus will soon start the production of its first aircraft in the US once the large aircraft components reach the final assembly line in Mobile, Alabama.

The company has launched a ship carrying the first components for A320 family aircraft, from Hamburg, Germany.

Expected to take around 20 days, the BBC Atlantic ship will transport major component assemblies, such as the wings, rear fuselage section, the tail cone, and the forward fuselage section including the cockpit. It is also carrying horizontal and vertical stabilisers.

All components have been produced in various European locations, including the UK, Germany, Spain and France.

Airbus plans to deliver the first US-produced A320 family aircraft, A321ceo, to JetBlue in 2016.

"This manufacturing facility brings us closer to our customers, and strengthens the aerospace industry in the US, Europe and around the world."

Airbus president and CEO Fabrice Brégier said: "North America is one of the largest single-aisle aircraft markets in the world.

"This manufacturing facility brings us closer to our customers, and strengthens the aerospace industry in the US, Europe and around the world."

The manufacturing facility in Mobile is first for Airbus in the country and fourth in its network, which includes Toulouse, France; Hamburg, Germany; and Tianjin, China.

The facility will assemble and deliver A319, A320 and A321 aircraft, and is designed to serve the increasing demand for the airliners in the US and elsewhere. The assembly line and associated facilities will create around 1,000 jobs in the region.