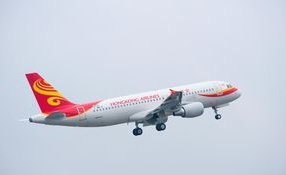 Airbus has delivered a long-range, single-aisle A320 aircraft to Hong Kong Airlines, the first of 30 aircraft ordered by the airline.

The aircraft is powered by CFM International’s CFM 56 engines and can seat about 152 passengers in two classes. Hong Kong Airlines president Yang Hong said that the delivery of the airline’s first A320 and the new all-premium class A330, Hong Kong Airlines will consolidate further its position as a premier full-service carrier.

"The on-board features will ensure that we are able to offer the best possible in-flight experience, while benefitting from the economic efficiency offered by these modern aircraft types," Hong said.

The first A320 aircraft will be operated on the airline’s regional network that links Hong Kong with mainland China, as well as destinations in North and South East Asia. The airline has also taken delivery of Airbus’s long-range A330-200, which can accommodate 116 passengers and will be deployed for non-stop services to London.

The delivery of the A330-200 increases the carrier’s in-service widebody fleet to ten aircraft, comprising seven A330-200 passenger aircraft and three A330-200F freighters. Airbus Customers CEO John Leahy said the company is pleased to see Hong Kong Airlines become a new A320 operator and also increase its Airbus long-range fleet.

"These modern and fuel-efficient aircraft will offer Hong Kong Airlines the lowest operating costs in both regional and medium-capacity long-haul markets, as well as a level of technical commonality unique to the Airbus product line," Leahy said.

Image: The A320 aircraft is powered by CFM International’s CFM 56 engines and can seat about 152 passengers in a two-class layout. Photo: Airbus.