X
Advertise with us
Daniel 8 January 2015 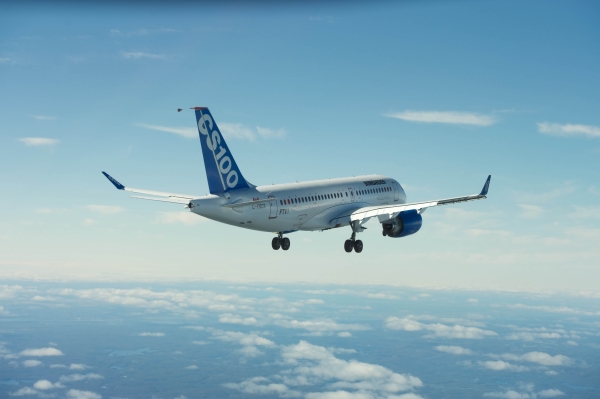 Aerospace engineering has recovered well in 2015 with OEM manufacturers and the supply chain seeing increasing demand and growing order books, all of which is having a direct impact on the jobs market for aviation engineers.

In 2008 when the global economic crisis hit, aviation and tourism were among the earliest industries to feel the squeeze. Today with growing order books and high employment, the challenge facing the aviation sector is how it finds the talented engineers it needs to drive ongoing growth.

This isn’t a problem that is unique to aviation, all sectors of the UK engineering industry are suffering from skills shortages as massive investment in infrastructure and growth in UK manufacturing industries places greater demand on the skills of our engineers.

What is different is the time scales that the aviation industry works to and that creates unique challenges. Aviation is a 14-year industry: designing and engineering broadly take around six years, with fulfilment around another eight which means aviation manufacturers and supply chain companies have to recruit and retain staff for the long term.

While this creates a dynamic industry with good career progression opportunities and interesting work – which is a draw for engineers – plugging the skills gap, particularly at a time when other sectors of the engineering industry are looking to persuade aviation engineers to switch sectors, is a challenge.

"On a positive note, the survey revealed that aviation remains highly popular with engineers."

To gauge confidence and the views of engineers (including those in aviation), Matchtech, runs an annual Confidence Index. In 2014, this survey polled more than 3,500 UK engineers including more than 300 working in aviation.

On a positive note, the survey revealed that aviation remains highly popular with engineers, with nearly half (47%) of those surveyed saying they’d be interested in working in the sector. On a less positive note, the survey also revealed that 95% of UK engineers believe the industry is suffering from a skills shortage and 60% of engineers say they would consider transferring to another sector of the engineering industry as employment opportunities remain good.

More than a quarter (27%) of aerospace engineers identify the ageing workforce as the biggest threat (as it compounds the skills shortage) facing their industry with the second greatest threat identified by aerospace engineers as the lack of students studying STEM subjects (with 14% pointing to this).

In a roundtable debate Matchtech held to coincide with the launch of the Confidence Index report, engineering leaders all agreed that giving greater flexibility on pension schemes and retirement ages (and allowing people to work more flexibly beyond retirement, e.g. as part time consultants) would help plug the skills gap. It also has the benefit to retaining senior talent in the business to help train new engineers for delivering current projects.

Equally developing flexible working to encourage parents to return to engineering after child-care career breaks is also something the aviation sector should look at to retain key staff and skills.

Growing the pipeline of new talent is also seen as vital by engineers working in the aviation sector. More than a third (35%) say they believe increasing the size of apprenticeship programmes should be a focus for addressing the STEM skills shortage, with a fifth (22%) saying more needs to be done to promote engineering as a career of choice to school pupils and students.

The UK’s engineering industry is highly dynamic and aviation is an attractive sector for many engineers – giving exposure to high profile projects in one of the UK’s leading industrial areas of expertise. However competition is intense and engineers know they have the opportunity to transfer across to other sectors if they wish.

Introducing schemes to retain staff and allow them to work more flexibly, including beyond retirement, and increasing the pipeline of talent through apprenticeship schemes and graduate programmes needs to be a focus for the aviation sector as it looks to capitalise on growth opportunities in 2015. The findings have just been released and reveal engineers are united in feeling confident about the future growth of this vital industry, with more than two fifths (42%) of aviation engineers saying their employer is looking to recruit more people in 2015, with more than half of aviation engineers (57%) saying they are confident the industry will grow in the coming year.