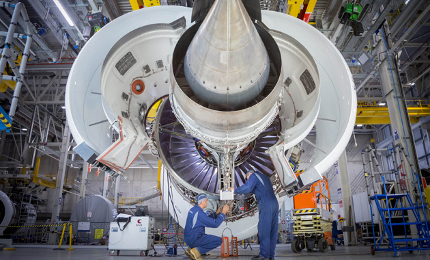 Airbus filed for the patent in 2013, which mainly seeks to reduce the ‘turn time’ or duration of a plane’s time on the ground.

Under Airbus’ new aircraft design, the cabin module of the plane can be detached from its body, which eventually turns the cabin into a unit that looks like a shipping container.

The aircraft module is expected to facilitate faster boarding, where passengers will be loaded before schedule at airport gates. When the plane arrives, loaded cabins will be connected to it.

Nasa announced it is planning to launch two sounding rockets into the Northern Lights over Norway to study the movement of particles in a region near the North Pole where the Earth’s magnetic field is directly connected to the solar wind.

The space agency said when the wind is low and a day-time aurora is formed, the two rockets including Caper and Renu will take off.

Both rockets will carry instruments, which will study cusp aurora, a particular subset of the Northern Lights.

The value of the order with EVA is worth more than $8bn in list price, which is currently considered to be Taiwan’s largest commercial airplane procurement deal by a single company.

The company’s reusable New Shepard vehicle flew 329,839ft into the air from the launch pad in West Texas and control landed a spent rocket back on Earth, which can be used in another flight.

The rocket, named after the first American space traveller Alan Shepard, is designed to carry six passengers to altitudes beyond 100km altitude into space.

Aerojet Rocketdyne announced it secured a contract from Nasa and Boeing, which has a combined value of nearly $1.4bn for developing a space launch system engine.

The company said Nasa awarded a $1.16bn contract to resume production of the RS-25 engine to be used for the agency’s new Space Launch system (SLS).

Previously, NASA used the engine in its space shuttle programme.

SpaceX announced it will be undertaking its first manned flight to the International Space Station (ISS) after receiving a contract from Nasa to take astronauts from US soil by 2017.

SpaceX is the second company to be approved for crew transport. In May, Nasa selected Boeing to carry out the company’s first manned mission.

The task force, formed to develop a registration process for small unmanned aerial vehicle (UAV) owners, submitted its report to the US Federal Aviation Administration (FAA).

With the submission of the report, most UAV owners, except the smallest toy drones are expected to register themselves with the registry.

The report, mentioned by Bloomberg, said that drone registration should be free, online and an owner should be able to register multiple devices under one application.

Rolls-Royce successfully completed the first test run of a Trent 7000 demonstrator engine on a test bed in Derby, UK.

The engine will be used exclusively by Airbus for its new A330neo series of aircraft.

Airbus decided to install the Trent 7000 engine in its fleet last year.

Trent 7000 is the seventh addition to the Trent family of engines, manufactured by the UK’s aero-engine manufacturing company Rolls-Royce.

The H-IIA rocket carried aboard the broadcasting and telecommunication satellite Telstar 12 Vantage will be operated by Telstar.

With the launch, Japan has entered a popular area by American and Russian companies.

Amazon released a new video showing the prototype of its unmanned drones to be used for delivering packages to customers within 30 minutes or less.

In a bid to have a smooth and quick delivery system, Amazon announced the technology two years ago.

In the video, Amazon said the drones weigh 55lb and are capable of carrying shipments of up to 5lb. While delivering packages to their destinations, the drones will use ‘sense and avoid’ technology to negotiate any possible issues.