X
Advertise with us
Rohit 3 September 2015 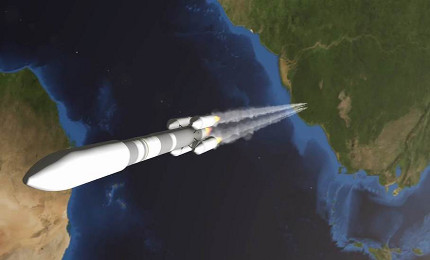 Last year, the company recorded revenues of $10bn with a pre-tax operating income of $2.6bn.

Approximately 70% of its sales were generated from the aerospace segment.

Under the deal, Berkshire Hathaway will pay $235 in cash for each PCC share.

The ESA signed deals with Airbus Safran Launchers (ASL), France’s CNES space agency and ELV, for the development of the Vega C launcher, as well as the Ariane 6 and its launch base.

ESA general director Jan Woerner said: "These contracts will allow the development of a family of European launchers, highly competitive in the world market and ensuring autonomous access to space at fully competitive prices for ESA’s member states."

Ariane 6 and its launch base are scheduled to be ready for a maiden flight in 2020, while Vega C will debut in 2018.

Said to be the largest such order by number of aircraft for Airbus, the deal was announced in October as a provisional order by IndiGo.

"The additional fuel-efficient A320neo aircraft will enable us to continue to bring our low fares and courteous, hassle-free service to more customers and markets, and will create more job opportunities and growth."

The SABRE engine will be designed to power a reusable airframe that can launch satellites into low-Earth orbit, and reduce costs of such space missions.

The engine enables a launch vehicle to reach orbital velocity and altitude from the Earth’s surface without jettisoning any hardware.

Facebook unveiled a full-scale drone that will be used to provide internet access to remote areas of the world.

Code-named ‘Aquila’, the solar-powered drone is designed to fly at an altitude of between 60,000ft and 90,000ft without landing for three months at a time.

With a wingspan 42m, the aircraft will be lifted-off using helium balloons, and beam signals to a base station on ground.

Boeing may cut hundreds of jobs in its satellite business

Boeing could soon announce job cuts in its satellite business due to a drop in US military spending and delays in orders for commercial satellites.

While Boeing is still undecided about the total number of jobs being affected, Reuters quoted Boeing spokesman Tim Neale as saying that the company will make a decision in the next few months.

Although some employees will be accommodated in other parts of the company, job cuts are considered as imperative in order to remain competitive, Neal added.

The company has been experiencing delays with several commercial orders due to recent failures in satellite launches, as well as over the uncertainty about the US Export-Import Bank. 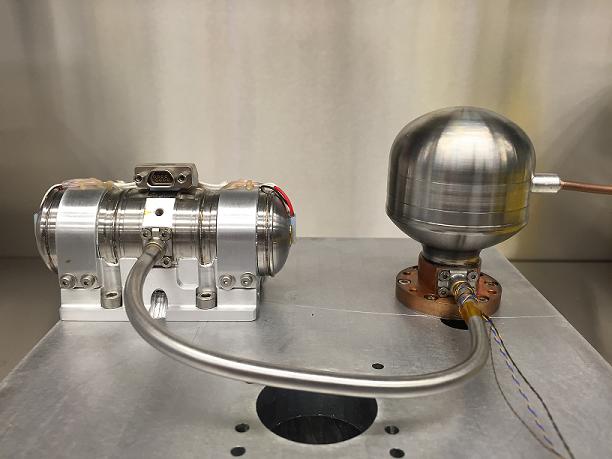 Lockheed Martin developed an enhanced micro-cryocooler that cools optics and electronics on small science satellites orbiting the Earth and on missions to the outer planets.

Compared with its predecessor, the new cryocooling system has three times the power density, the company said.

A team of astronomers, including some from Nasa, discovered a Jupiter-like planet 100 light-years away from Earth.

Named 51 Eridani (Eri) b, the new planet is the first to be discovered by the Gemini Planet Imager (GPI) instrument on the 8m Gemini South telescope in Chile.

The 20 million year old planet may give astronomers a greater insight into the formation of our solar system.

Said to be a million times fainter than its parent star, the 51 Eri b is believed to have the most significant levels of methane ever detected on an alien planet.

In its report titled ‘Mobile Internet from the Heavens’, the technology giant outlined the basic structure of its future space-based internet programme.

The company said its concept will be designed to support a zetabyte per month of data traffic, which will require 4,600 satellites.

Micro satellites are easier to launch and use less power than current methods, due to their proximity to Earth.

US Patent and Trademark Office approved Airbus’ proposed hypersonic aircraft, which would be able to travel at 4.5 times the speed of sound.

If the aircraft is ever developed, it is expected to reduce travel time from Paris to Tokyo to less than three hours, the company said in its patent.

The ultra-rapid air vehicle and related method for aerial locomotion aircraft will be powered by normal jet engines for take-off, and then ramjet engines will be ignited to take the aircraft up to altitudes of 30km.