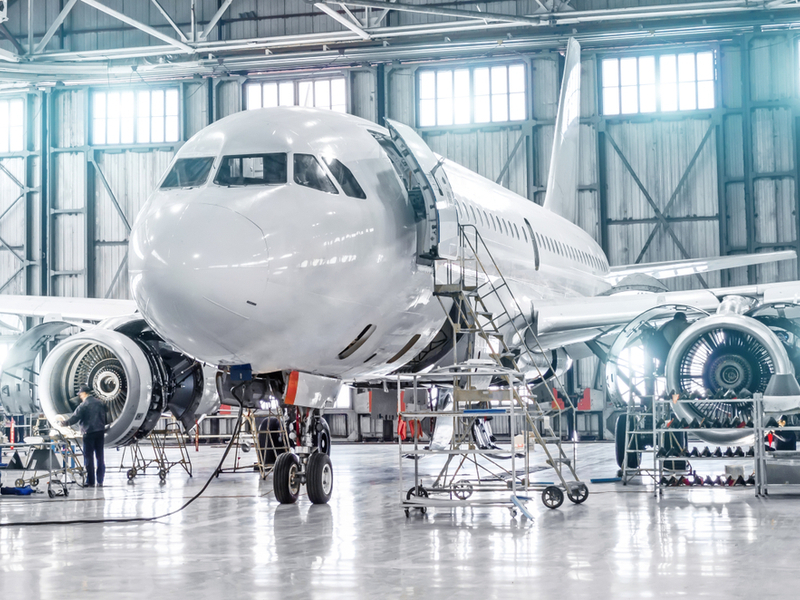 Aviation leads as Aerospace Technology lists the top five terms tweeted on commercial aerospace in Q2 2020, based on data from GlobalData’s Influencer Platform. The top tweeted terms are the trending industry discussions happening on Twitter by key individuals (influencers) as tracked by the platform.

Restarting aviation, new guidance on Covid-19 aviation safety risks, and the global demand for freighter aircraft, was popularly discussed topics during Q2 2020. According to an article shared by the International Air Transport Association (IATA), re-starting aviation was crucial for the social and economic recovery of many countries. A layered approach to biosafety, including thermal imaging technology, self-service check-ins, self bag drop, and orderly boarding was expected to be the future roadmap for departures and arrivals.

In other news, Flightradar24, a real-time flight tracker, shared an article on CargoLogicAir reactivating its business operations owing to the spike in global demand for freighter aircraft.

Re-starting #aviation is crucial for the social & economic recovery of many countries.@IATA's Roadmap for departure & arrival includes 👇. This proposed layered biosafety approach is to safely re-start the industry in this time of #COVID19. #FlySafe

Aircraft reactivation, retirement, and the aircraft fuel contamination, were popularly discussed during the second quarter of the year. According to an article shared by Jason Rabinowitz, an airline researcher and writer, the Lufthansa Group announced that a total of 80 aircraft would be reactivated in June because of the growing confidence among customers to fly.

In other news, Steve Trimble, an aviation editor, shared an article on how the F-22 pilot ejected and was stable after crashing in Okaloosa County. The aircraft belonged to the 45th Fighter Squadron, a training unit that had moved to Eglin temporarily after Tyndall AFB was struck by a hurricane.

The Lufthansa Group says that a total of 80 aircraft will be reactivated in its June schedule, serving 106 destinations with 160 aircraft.
This is in response to "growing interest of customers for air travel."

The conversion of passenger aircraft into temporary cargo planes, were popularly discussed topics during the second quarter. According to an article shared by Speed Bird, providing commercial aviation news, the Federal Aviation Administration (FAA) approved to cargo to ride on passenger seats. The US airlines announced that it would fly temporary freighters with cargo, instead of passengers, the article noted.

Simple Flying, providing aviation insight, further tweeted on Icelandair having converted three of its Boeing 767 aircraft into temporary cargo planes by removing its seats to accommodate medical supplies and equipment.

In other news, Airline Route, providing airline schedule and updates, shared an article on Japan Airlines’ new subsidiary, ZIPAIR Tokyo, to operate as a cargo-only aircraft rather than a long-haul low-cost airline as previously expected.

Grounded and reduced fleets, fleet conversions, renewals and restructuring, and maintenance costs being incurred to keep fleet in shape, were popularly discussed during the second quarter. According to an article shared by Star Alliance, a global network of 26 airlines, Scandinavian Airlines (SAS) was dealing with the challenge of keeping its 95 aircraft grounded fleet maintained. SAS Tech was involved in creating new solutions to store and maintain all the aircraft.

The International Flight Network, providing commercial aviation updates, further tweeted on how Latvian airline, AirBaltic, was using the drop in demand for aircraft deliveries for transforming its fleet and moving to an all-Airbus A220 fleet.

In other news, Airline Reporter, providing aviation news, shared an article on the impact of the coronavirus pandemic on US commercial passenger airline fleets. The airlines industry is haemorrhaging money, protesting for CARES Act exemptions, and reducing airline and staff capacity, the article noted.

The ground crews of our member airlines are busy keeping fleets ready to fit-to-fly again in the future. #WeAreInThisTogether #StarAllianceFamily https://t.co/W6kXmQLQiY

Industry re-start amidst the Covid-19 crisis, aviation health safety protocol guidelines, and how airlines have been utilising their fleets during the health crisis, were popularly discussed during the quarter. According to an article shared by the National Business Aviation Association (NBAA), a non-profit, shared an article on maintenance, repair and overhaul (MRO) companies committed to servicing aircraft and keeping them ready, as aviation operators remain idled because of the Covid-19 crisis.

In other news, European Pilots, offering aviation analysis, shared an article on the health crisis’ impact on aviation mental health. The crisis has exposed all flight crews, their family and passengers to particularly high psychological stressors such as increased workload, job insecurity, and more. These stressors can contribute to negatively impact the crew’s ability to operate, the article highlighted.