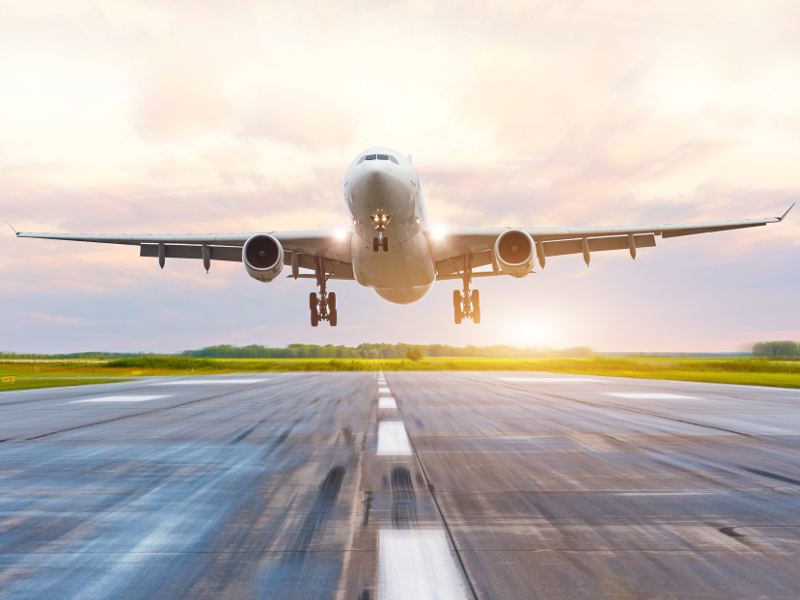 GlobalData has found the biggest influencers in commercial aerospace.

Using research from GlobalData’s Influencer platform, Aerospace Technology has named ten of the most influential people in commercial aerospace on Twitter during Q2 2020.

Biggest influencers in commercial aerospace: The top ten in Q2 2020

Flightradar 24 is a platform that tracks the exact position of aircraft in real time globally. The air traffic data and its position is determined with the help of ADS-B receivers hosted by companies and private individuals and by using Multilateration (MLAT). This data is combined with the schedule and status of aircraft to create unique consumer as well as business applications.

Get ready to track the final @airfrance Airbus A380 flight later today as the airline bids farewell to its A380 fleet. https://t.co/K6XIiwWzbj #AF380 pic.twitter.com/SWLoK1RTjM

The International Air Transport Association (IATA) is an international trade association of airlines. It represents as many as 290 airlines in 120 countries, accounting for 82% of the total air traffic.

IATA membership is open to all airlines having obtained the IATA Operational Safety Audit (IOSA) registration. The organisation provides technical support to the airline industry in the areas of airline safety, security and sustainability. It also offers professional support such as consultancy services and expert advice.

Just supported this @SouthwestAir 737-800 on LEGOIdeas. It has a "full interior, cargo hold, retractable landing gear, sturdy and functional flaps and even an optional power functions add on for spinning jet engines!!"https://t.co/T3PYFdpMyf pic.twitter.com/uW5bPudZhA

The International Civil Aviation Organization (ICAO) is the United Nation’s specialised agency for controlling civil aviation. The agency adheres to the 1944 Convention on International Civil Aviation, and ensures that aviation standards and regulations are developed and maintained to control the global air transport system. It plays a crucial role in driving global socio-economic development.

It's World Aeronautical Information Services (AIS) Day! Even in the #COVID19 context, AIS are crucial to the flow of data that underpins the safe, secure and sustainable operation of the global #aviation network. Join us in thanking all those who are ensuring its continuity. pic.twitter.com/ifi4dsA3T0

Jason Rabinowitz is an airline journalist who researches and writes about airlines, planes, travel, transit, and more. He is currently the head of airline research at APTCO, a leader in airline pricing and retailing content, and focuses primarily on the airline amenities product. He specialises in areas such as reviewing in-flight entertainment and connectivity (IFEC) systems and other in-flight products. He also co-hosts AvTalk, an aviation podcast, along with Ian Petchenik.

The 1st Airbus #A220 aircraft produced at the U.S. Manufacturing Facility has flown for the 1st time. The A220-300, destined for @Delta Air Lines, took off from the Mobile Aeroplex at Brookley in Mobile, AL, this morning, performed its test sequences & landed safely at 1:44 pm. pic.twitter.com/4P8mr74im8

The Airline Passenger Experience Association (APEX) is an association of airlines, companies, and suppliers looking to provide world-class travel experience to its passengers. The network is professionally managed by Kellen Company, a premier global association, offering its members the latest opportunities to collaborate with clients and to share information about the industry.

Another special cargo delivery @SydneyAirport yesterday afternoon, when Antonov AN-124-100M-150 UR-82009 arrived from Colombo. The aircraft landed just ahead of a strong storm front, touching down with a 10-15kt Tailwind, and a 20kt Crosswind (note the 10° crab angle in Image 1) pic.twitter.com/yi9yk0Yesu

The airports in Aena’s network have operated over 800 essential rescue and cargo flights with medical supplies since the decree of state of emergency.

These flights have allowed thousands of people to return to their home countries and provided needed supplies against #COVID-19. pic.twitter.com/5bCgsz1jiP

Bangalore Aviation is one of India’s leading website that deals in aviation analysis. It was launched in 2008 by aviation enthusiasts. It is a comprehensive site for aviation enthusiasts containing analyses, opinions, and information on airlines, aircraft, and airports, among others.

How does the cabin air system work in an @Airbus aircraft?
Watch the video below and learn how our fleet keep their cabins free from virus and bacterias, such as #COVID19. #tapairportugal pic.twitter.com/qxlZRK3Olq

The National Business Aviation Association (NBAA) is a non-profit organisation that supports companies relying on general aviation aircraft to make their businesses more efficient and successful.

Founded in 1947 in Washington, DC, the organisation comprises of more than 11,000 companies and hundreds of products and services that cater to the business aviation community.

May 24th is #AviationMaintenance Technician Day, which is inspired by the unsung #history of Charles E. Taylor, the builder of the #engine used by the #WrightBrothers at #KittyHawk. Read the incredible story about this #aviation first at https://t.co/nnf4xdo2uW. pic.twitter.com/GVldGcVkYG