The company’s products can be found in multiple industries, including image processing, industry research, medicine and the military sector.

Methane detection through lasers on satellites

FLC’s products have also become extensively used in the aerospace industry for some innovative projects.

The company sells a plethora of different laser diodes. Among them is the EP1645-5-DM-B01-FA model that is used by German firm Airbus Defence and Space to detect gas concentrations within the Earth’s atmosphere.

The unit is used in the company’s MERLIN project, a Franco-German observation satellite that measures methane concentrations in the atmosphere to help the understanding of global warming.

Laser diode-based spectroscopy absorption can be used to detect gases such as methane by employing a laser’s light to interact with the matter and probe it to learn about its structure.

German aerospace firm von Hoerner & Sulger GmbH has demonstrated another use for FLC products within the industry, using the mid-IR LEDs as part of a project on the European Space Agency’s (ESA) Euclid Mission.

FLC’s lasers vary from wavelengths of 266 nanometres to 16,000 nanometres, and within the IR range, powers of up to 3,000W can be reached.

Laser diodes are FLC’s speciality, with every conventional form and wavelength of the product stocked, including the high standard, temperature-controlled HEML models.

The company’s experience and knowledge of handling lasers enables it to find the optimal products available across the world, fitting its customers’ needs. However, FLC can also produce high-quality items through its own production methods.

FLC can combine its own supplies to form unique products and will collaborate with other manufacturers to make use of modern technology in its production process.

The company is able to customise the wavelength, power and beam shaping, which are customisable as point, line and special shapes, of its laser modules through the use of diffractive optics. This changes the direction and travelling speed of a wave phase because of an alteration to the medium it travels in.

Special shapes can also be generated through diffractive optics, an optical element that allows a single incident beam to focus on multiple positions along the propagation axis.

In addition, single and multimode fibre-coupling is available for many of FLC’s light sources.

The Orbital Sciences Corporation provides one of many examples of FLC’s custom laser diodes being used within the aerospace industry. FLC developed and produced a custom laser diode for the US company to use in its automatic docking system for unmanned spaceship flight missions.

Founded by Dr Vsevolod Mazo in 1994, FLC has become a leading provider of semiconductor lasers over the last quarter of a century, with a selection of products that is constantly developing and expanding.

Mazo has more than 25 years’ experience working with lasers and set up FLC in 1994. The company now employs three full-time and four part-time members of staff.

Its headquarters are in Friedrichsdorf, which is around 20km north of Frankfurt, Germany. 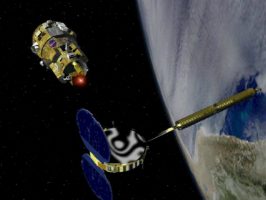 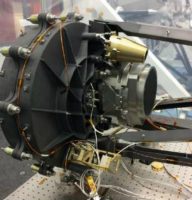 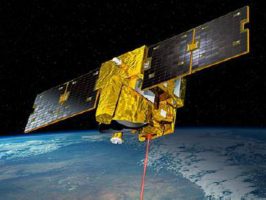 Frankfurt Laser Company is pleased to announce a contract-based partnership with Beijing RealLight.

The new FERT-525-XW-FC105 is a series of fiber-coupled laser diodes at 525nm with output powers between 1W to 4W. The output fiber is a 105µm detachable multimode fiber with either FC or SMA connector.

The new FERT-1535-XXXµJ-Q is a series of ‘eye-safe’ 1535nm diode-pumped passively q-switched Erbium glass lasers with pulse energies between 40µJ to 400µJ and peak powers between 10kW and 80kW.

Frankfurt Laser Company is pleased to announced it has entered a contract-based parnership with AKELA Laser.