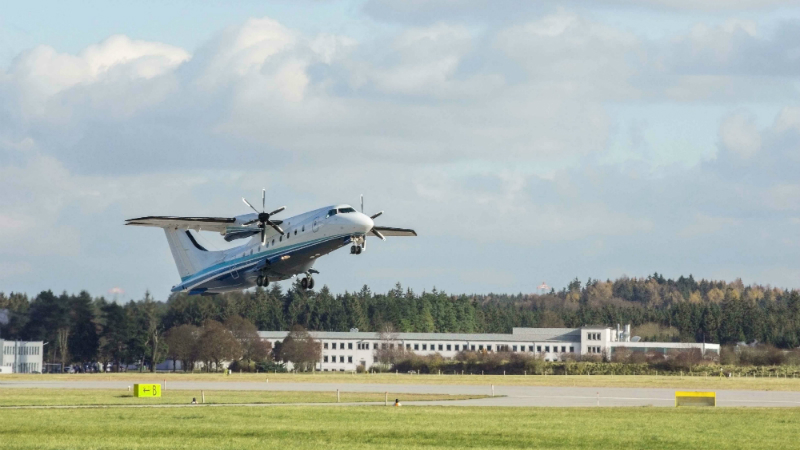 328 Support Services GmbH (328) has delivered the 20th modified Dornier 328 Turboprop to Sierra Nevada Corporation (SNC) as part of SNC’s contract with the US. military. The Dornier 328 Turboprop was selected for the contract, which began in 2009, due to its extraordinary flight qualities and ability to provide unique logistical support.

Of the 20 completed aircraft, 17 were purchased outright from various sources by 328, while SNC acquired three of the aircraft. All modifications were completed at 328’s Oberpfaffenhofen, Germany, facilities. The U.S. military deploys aircraft around the world to assist in transportation and humanitarian services.

"The Dornier 328 is perfectly suited for such a special role," said Dave Jackson, managing director of the 328 Group. "Our close relationship with SNC allows us to deliver aircraft that are out-performing expectations and with increased capabilities to successfully fulfil any type of mission or operation requested."

All 20 Dornier 328 aircraft meet highly specific configurations and requirements. The 328 team spent many extra hours ensuring adherence to the contract’s strict demands as each aircraft underwent six months of modifications including engine maintenance, propeller overhauls and special checks to achieve the required program specification. Auxiliary power unit retrofits and ground spoilers were also realized and accomplished on seven of the fleet’s aircraft. Other modifications included the fitting of gravel kits, avionics upgrades, and high-frequency communications systems, as well as flight deck standardization.

"This has been a real challenge and a real opportunity for our workforce to demonstrate the skills required to deliver these aircraft successfully on time and within budget," added Jackson.

The 20th aircraft acquired for overhaul was transported to the 328 facility by sea in specially constructed containers after being parked in the desert since 2005. It was rebuilt from scratch by the 328 team and its maiden flight occurred November 23, 2016, more than 11 years after its last flight.