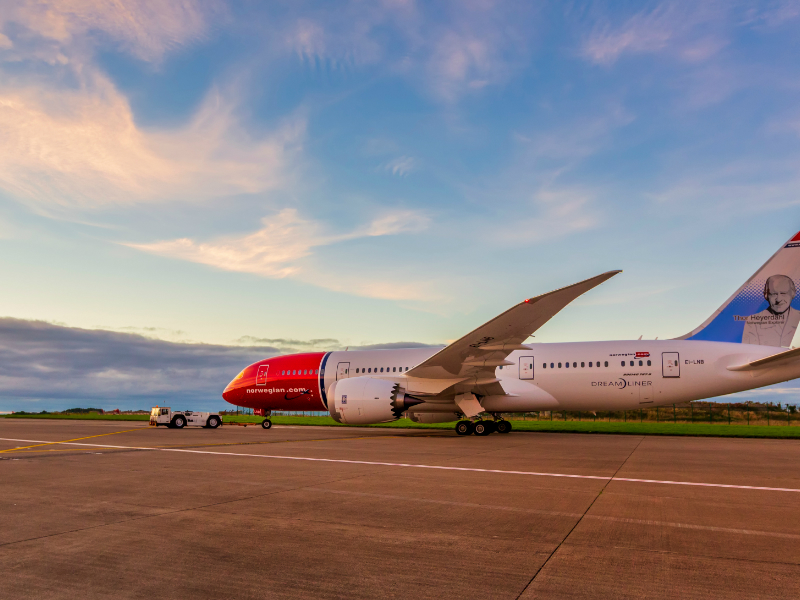 Approximately 50% of the staff has been laid off as an emergency measure for the airline. Credit: Peter Krocka / Shutterstock.

Norwegian Air’s stability is now in question due to the spread of Covid-19.

CEO Jacob Schram has requested urgent financial assistance in a matter of weeks – not months – to stay afloat.

4,000 flight routes are to be cut, affecting 40% of long-haul routes. Approximately 50% of the staff has been laid off as an emergency measure for the airline.

As a critical service provider, compromising approximately 50% of the airline market share in Norway, government investment is a possibility for the airline.

Having access to a wider range of destinations and serving a greater number of travellers, major players in the aviation industry such as Norwegian Air are more likely to be the ones that are saved.

Rocky financials put the airline in a precarious position

In the past, using an aggressive expansion strategy, Norwegian’s financial situation has fluctuated over the years and is now threatened yet again.

2019 saw the airline restructure aspects of the business with long-haul connections axed alongside the selling of some aircraft to liquidise cash. A slow growth strategy was intended to increase the rate of financial loss and return the airline to profitability.

This is now a waiting game as the airline waits in anticipation for a response from the government that may offer crucial financial aid. A cash injection could bring the airline back from a situation, which has no signs of improvement in the short term.

Despite struggles over the past year, the routes that the airline operates are vital to Norway’s economy. The loss of this airline could be detrimental to the connectivity of the nation.

Smaller airlines will be at greater risk

The fellow Scandinavian airline SAS has also ‘temporarily’ laid off 90% of the workforce due to restrictions caused by Covid-19. This airline takes up approximately 34% of the total airline market share in Norway compared to 50% of Norwegian Air.

To reduce the pressure on airlines, the Norwegian Government suspended airport fees for the first half of 2020 and the air passenger tax for a ten-month period.

While there is no guarantee that the government will save any airline, it is in the wider interests of Norway that Norwegian Air stays active.

Smaller, regional carriers are likely to be at greater risk such as Widerøe due to operating a smaller fleet size and compromising a smaller share of the Norwegian market.