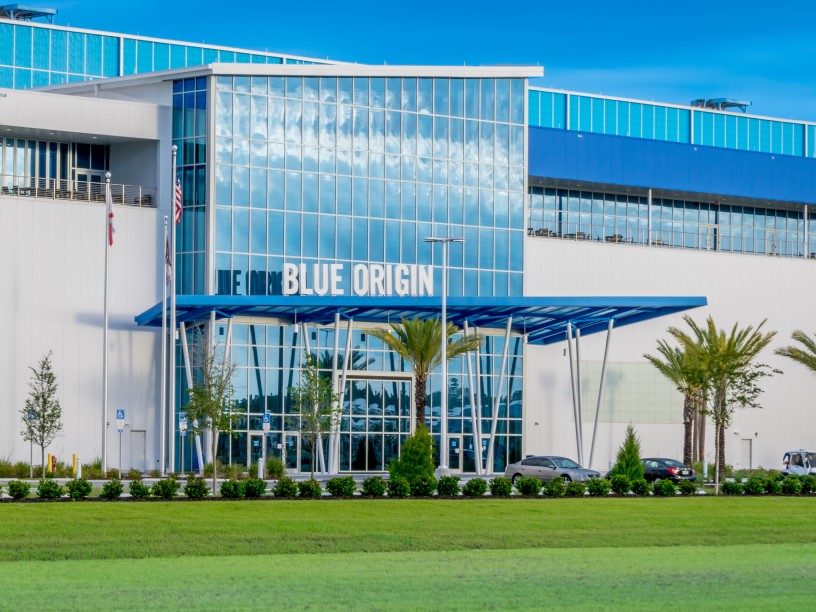 A ticket for Blue Origin’s suborbital flight was auctioned for $28m. Credit: Thomas Kelley on Shutterstock.

Recent high-profile suborbital flights highlight the opportunities of the space economy and the private sector’s future involvement in it.

In July 2021, Virgin Galactic and Blue Origin launched their respective founders (Richard Branson and Jeff Bezos) into suborbital space (approximately 100km above the Earth). Both companies have ambitions to make space tourism a commercially viable industry, and the flights were intended to demonstrate the viability and safety of sending commercial astronauts to space.

Space tourism will be for the uber-rich

The choice of billionaire passengers to demonstrate the industry’s viability is prescient, intentionally or not. Space tourism ties into a theme of premiumisation within the travel and tourism industry that all but guarantees a price tag affordable only to the ultra-wealthy, at least in the immediate future. GlobalData’s 2021 thematic report, ‘Premiumisation in Travel and Tourism‘, points out that enhanced standards and exclusivity of luxury products and services lead to greater consumer desire and inflated prices.

Already, space tourism is reflecting this trend through boarding passes purchased at eyewatering expense: Virgin Galactic has sold suborbital flights for $250,000; one of the four tickets for Blue Origin’s suborbital flight was auctioned for $28m. This customer base of ultra-high-net-worth individuals – those with investible sums over $30m – is the only group to have grown richer during the COVID-19 pandemic. A report by UBS showed that billionaires’ wealth increased by more than a quarter between April and July 2020. Barring any dramatic changes, this industry’s customer base will have even more disposable income for the foreseeable future.

Moreover, Black Tomato reports that 70% of consumers now value experiences over material possessions. This also underpins the attraction of space tourism. The suborbital flights offered by Blue Origin and Virgin Galactic tap into this experience economy, enabling passengers to experience zero gravity while viewing the Earth’s curvature. The Gateway Foundation’s announcement in 2019 of plans to build a luxury hotel orbiting the Earth reflects a growing awareness of the wider potential of space as an attractive tourist experience.

Launch technology will play a crucial role in commercialising space

More broadly, Blue Origin’s recent flight underlines the importance of lowered launch costs to unlocking the wider space economy. Ashley MacNeill, co-head of technology equity capital markets for Morgan Stanley, said: “As launch becomes more refined – cheaper, easier, faster – it will allow for the rest of the ecosystem, from satellites to services, to grow into a broader marketplace’.

An understanding of the space economy explains why reusable rockets are an important and growing technology. Morgan Stanley claims that the space economy will grow from $350bn to $1tn by 2040. Up to 70% of this growth will come from satellite broadband. The development and spread of broadband-reliant technology on Earth (such as the Internet of Things) will stimulate demand for satellites. Satellites need to be launched into space. So, cheaper launches will be essential for satisfying increased demand for satellite broadband.

Whatever the professed intentions of Branson and Bezos, space tourism will be accessible only to the ultra-wealthy in the immediate future. However, Blue Origin’s use of reusable rockets is a reminder of the technologies that will truly unlock space as an arena of commercial enterprise.