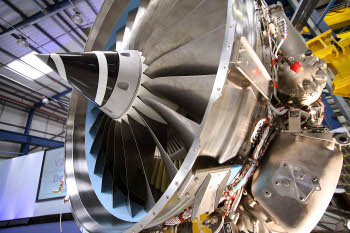 The suit was filed at a civil court in Indian city of Bangalore. Kingfisher claimed that the IAE V2500-A5 engines it received were defective in design and manufacture.

The carrier is seeking $210m, plus $24.56m in damages and reserved liability for claiming additional damages.

Kingfisher Airlines was forced to halt a number of its planes after the engine developed a series of errors.

The US Federal Aviation Administration had also sought for review and inspections of the functioning engine.

According to a media report in 2010, the Indian carrier resolved its issue with Aero Engines to allow flight of its grounded planes.

"Kingfisher claimed that the IAE V2500-A5 engines it received were defective."

In October last year, Kingfisher Airlines suspended its operations after a strike and suspension of operating approval by the Directorate General of Civil Aviation. The airline was asked to return a major part of its fleet to lessors.

Lenders of the airline also started recovery action by selling pledged shares and attaching its office in Mumbai, India.

In its annual report, the carrier, which has a debt of more than Rs60bn ($892.1m), revealed that it is in talks with a potential investor regarding a revival plan.

The plan has also been announced to lenders, the company said.

Phase one of the recovery plan comprised resuming operations with a limited fleet of seven planes including five Airbus and two ATR aircraft, eventually increasing the fleet to 21 aircraft of ten Airbus and 11 ATRs in three to four months.