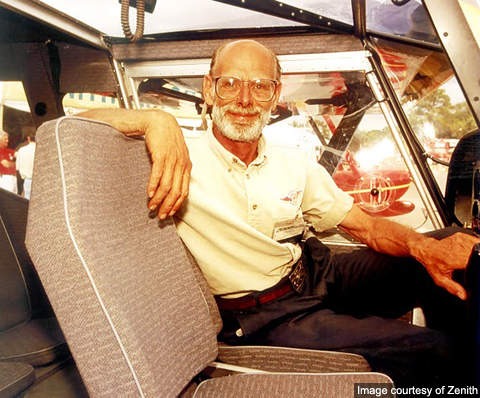 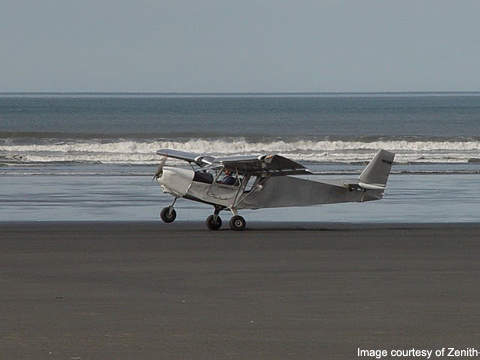 CH 801 landing at the Alaska Beach. 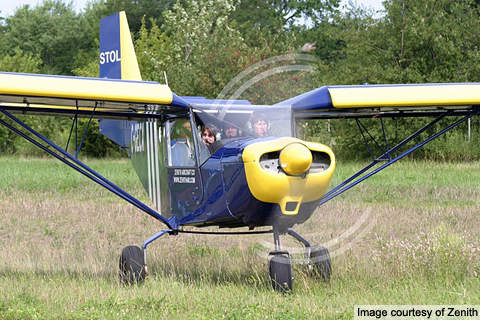 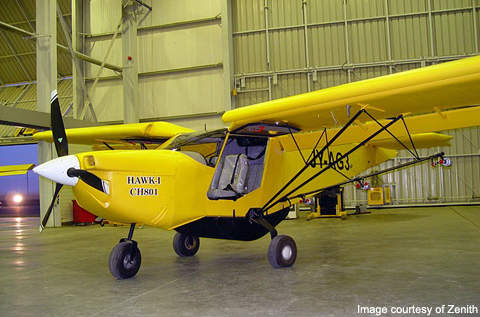 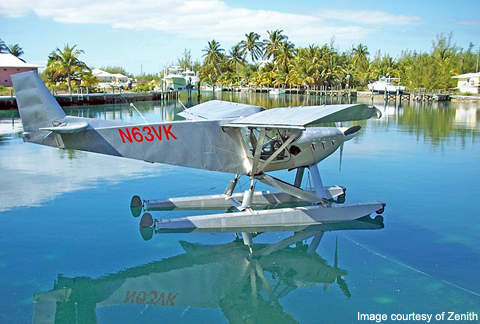 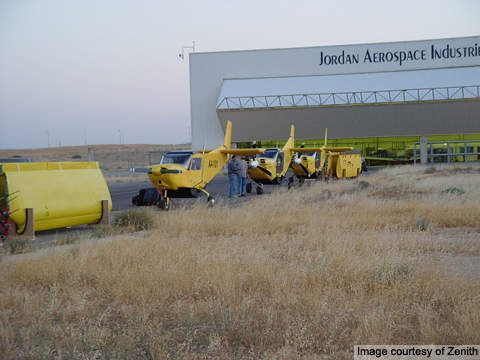 A CH 801 parked at the Jordan Aerospace Industries. 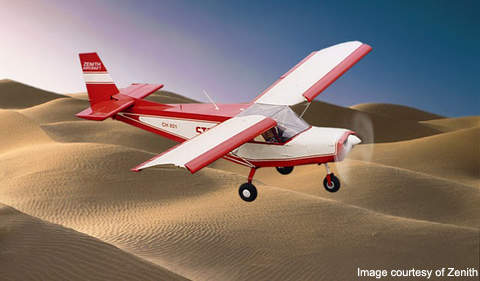 CH 801 is constructed with durable and corrosion free aluminium alloys to operate in harsh environments. 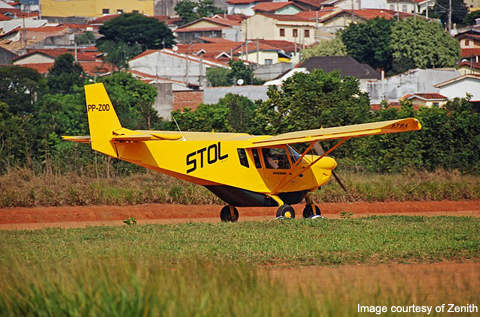 Zenith CH 801 can take-off and land on grass and unprepared airstrips.

The Zenith CH 801 is a four seat, light sport utility aircraft designed and built by the Zenith Aircraft Company. The short take-off and landing (STOL) aircraft was derived from its predecessor STOL CH 701 by increasing the useful load from 225kg to 450kg. About 400 aircraft are currently operational worldwide.

The aircraft can execute both passenger and cargo transportation.

The aircraft uses a special airfoil design to accomplish low stall speeds and high strength. It has been designed to take-off and land on grass and unprepared airstrips, and can operate in off-airport fields as well as city airports.

The aircraft features removable wings fitted on the top of square shaped fuselage section. The tail section design renders maximum control at slow speeds and high angles. The stabiliser is an inverted airfoil section designed to enhance downward lift and accomplish high angles of attack necessary for STOL performance. The short wingspan allows the aircraft to operate in remote areas having obstacles.

The aircraft is constructed with durable and corrosion free aluminium alloys to suit for harsh environments.

Zenith Aircraft Company started to build the CH 801 in 1988. Construction of stabiliser, elevator, rudder and wings was completed in 2006. The aircraft is of semi-monocoque structure with each part manufactured separately and later assembled.

The horizontal stabiliser tail is made up of two spars and internal ribs protected with pre-formed aluminium-alloy skin. The two standard welded-aluminium wing tanks carry 15 US gallons of fuel each.

The aircraft has a small cabin to accommodate three passengers and bulk cargo. The cabin is made up of chromium-molybdenum welded steel tube frame. It can be accessed through two large removable doors fitted on either side of the fuselage. The aircraft can also be reconfigured to carry a patient on a stretcher on the right side of the cabin by removing the rear seat.

An under-mounted cargo pod allows the aircraft to accommodate additional baggage. The cabin can be easily converted for freight-carrying applications. It is fitted with bubble windows for providing clear visibility to the passengers.

The CH 801 is powered by a single Lycoming O-360 piston engine, which generates 135kW of output power.

The O-360 is a four cylindered, air-cooled, horizontally opposed aircraft piston engine designed and manufactured by Lycoming Engines. The cylinder heads are constructed with aluminium alloys.

The robust gear system is built from a Heintz’ ZENITH CH 2000 design. The single heavy duty bungee offers shock absorbancy to the steer-able nose wheel, which aids in ground navigation.

The take-off and landing distances are 116m and 114m respectively. The aircraft can loiter in air for a maximum of six hours.