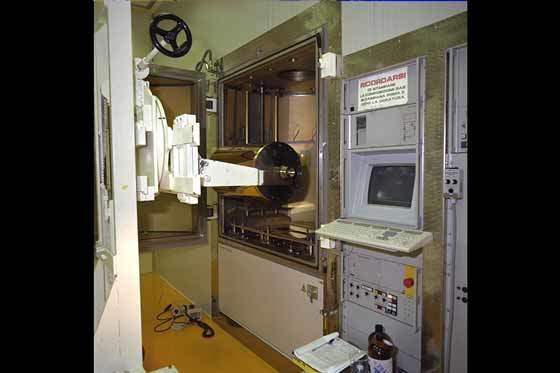 The XMM's X-ray mirror in production. 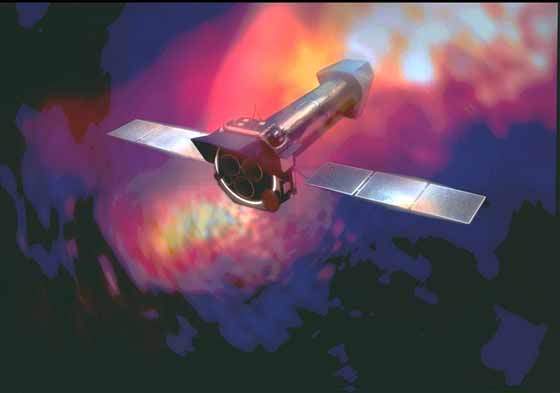 An artist's impression of the XMM in space. 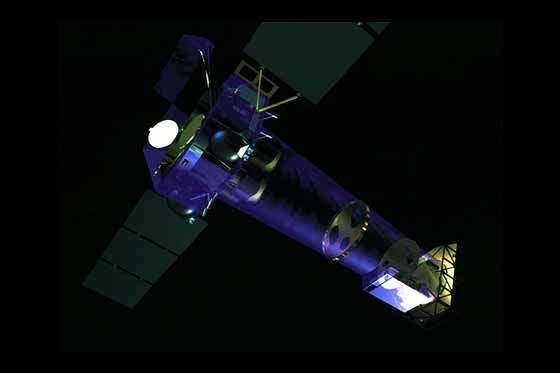 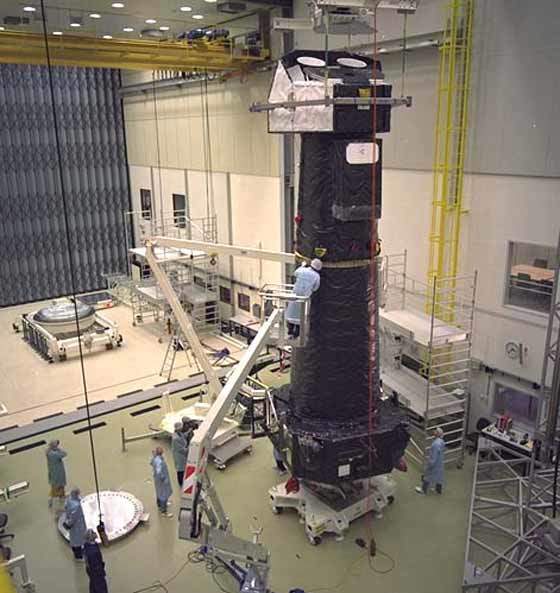 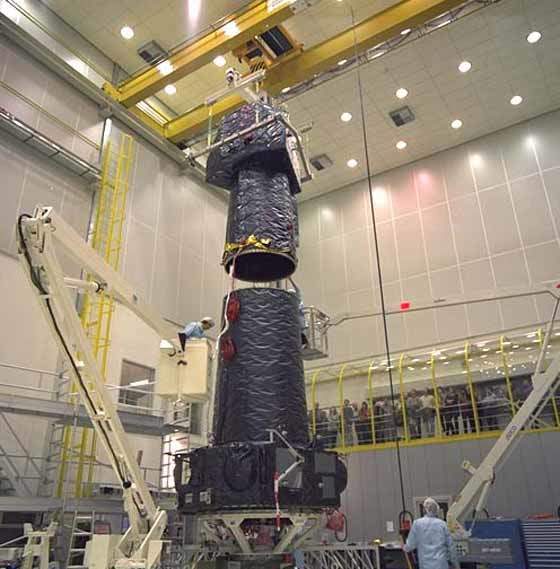 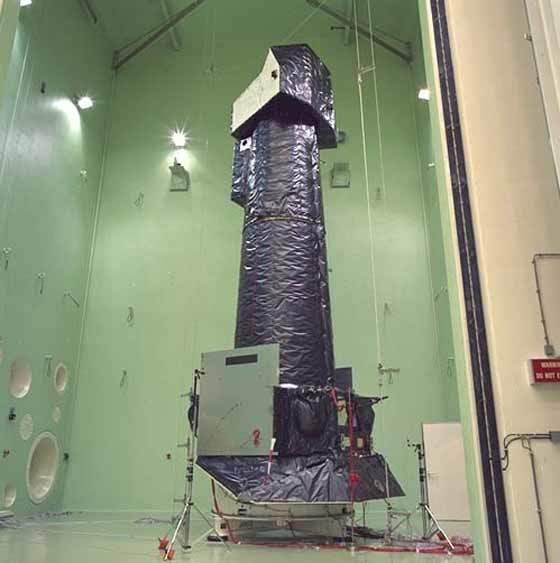 Acoustic testing on the XMM.

The XMM-Newton (X-ray multimirror) telescope will explore the universe for X-rays emitted by spectacular celestial sources, such as exploding stars and pulsars. Astronomers hope that it will provide conclusive evidence of the existence of black holes.

The project sponsor is the European Space Agency (ESA). The prime industrial contractor for the spacecraft is Dornier Satellitensysteme GmbH (DSS, Friedrichshafen), Germany, a member of DaimlerChrysler Aerospace AG (Dasa, Munich). Under DSS’d industrial lead, over 35 companies were involved in building the spacecraft, which required an investment of €230m ($200m).

“The XMM-Newton (X-ray multimirror) telescope will explore the universe for
X-rays emitted by spectacular celestial sources.”

DSS submitted the satellite test and analysis results to its customer, ESA. The tests included a space simulation test (at various temperatures and under vacuum conditions), vibration tests (to simulate the ascent loads during launch) and extensive functional checks.

A thermally and mechanically identical flight model was used for testing the integration procedure and proving the performance data under all load conditions of the satellite during launch and in space. For this to be performed, the spacecraft was transported to ESA’s test centre in Noordwijk, the Netherlands, in September 1997, to conduct the load tests, as this was the only space simulation facility of such unique dimensions to be found in Europe.

During thermal vacuum tests, the equipment was placed in a vacuum chamber with a sun simulator. This was used to reproduce the intensity of sunlight, recreating the environment of space with its extreme variations in temperature.

Vibration tests checked the strength of the outer casing and instruments on board. The spacecraft was progressively shaken at different strengths on a “shaker”, which created conditions up to 25% more severe than those expected at lift-off. The spacecraft resonance was also measured to evaluate how its different parts would react to set frequencies, including those that it would probably encounter at launch.

The complete spacecraft was submitted in a reverberating chamber to very intense noise similar to which it would encounter during launch.

The launch vehicle was the Ariane 5, which injected the spacecraft into a transfer orbit. After just 29 minutes, XMM-Newton was released from the upper stage of the vehicle at a height of 2,350km. A minute later, the communications signal of XMM was received. The XMM ground crew then sent the signal to unfold the craft’s solar array, made up of a 16.1m span and deploy the sunshield. After a few corrective manoeuvres over the course of 24 hours, the craft was then sent into its final high eccentric orbit (7,000km perigee / 114,000km apogee).

“The launch vehicle was the Ariane 5, which injected the XMM-Newton into a transfer orbit.”

On its initial 48-hour orbit, the craft rose to one-third the distance to the Moon. At this maximum distance (the apogee), the satellite travels slowly. But at its closest point, (the perigee) it passes 7,000km above the Earth nine times faster. While in orbit, the telescope tube was emptied of any residual gases (outgassing), the sunshield was deployed and, the doors of the mirror modules were opened.

The telescope is almost 11m in length, has a 4m diameter and a total mass of nearly 4t. It is the largest satellite ever built under ESA’s science programme.

Similar to the colour of visible light, which provides important information on the temperature, composition and dynamics of cosmic objects, X-rays offer a wealth of chemical and physical data over a much wider energy range. XMM has a far better resolution than previous telescopes, and will substantially advance the “decoding” of X-ray sources. In a single day, XMM will detect more X-rays than the first US X-ray mission did in three years.

XMM-Newton carries three very advanced X-ray telescopes, each of which contains 58 high-precision concentric mirrors, delicately nested to offer the largest collecting area possible to catch the elusive X-rays. The barrel-shaped mirror consists of two segments, with the first segment formed according to a paraboloid and the second to a hyperboloid mirror.

During its design stages, experts made sure that the XMM spacecraft incorporated a satellite bus as a separate module, so that it could also be used for further European research satellites.

Since its launch in 1999, XMM-Newton has been one of the most significant astronomical observatories. It is used by nearly 2,000 scientists. By February 2009, the XMM-Newton had published 2,000 sceintific papers for science journals. The papers cover atronomical objects including comets and planets, clusters of galaxies and black holes.

In June 2008, XMM Newton detected signals from both stars of a double pulsar system through X-rays for the first time, unvelling the complex behaviour in the binary pulsar system.

“The XMM-Newton is almost 11m in length, has a 4m diameter and a total mass of nearly 4t.”

Its recent highlights includes the discovery of one of the largest cluster of galaxies floating in the universe in August 2008. The discovery, named as 2XMM J083026+524133, weighs as much as 1,000 large galaxies.

In September 2008, XMM Newton detected a supermassive black hole named RE J1034+396. The black hole, which is a million times larger than the sun, is a significant breakthrough for the theoritical understanding of active galactic nuclei.

In October 2008, XMM Newton unveiled the mechanism of the formation of stars. The X-ray obeservations of NGC 346 showed how various wavelengths of light spin together, resembling watercolours, to form stars.

In January 2009, the spacecraft discovered the rotation rate of the magnetar SGR 162741. The magnetar oscillates every 2.6 seconds, making it the second-fastest rotating magnetor.

In July 2009, the XMM-Newton discovered a new black hole, weighing more than 500 solar masses. It is an intermediate mass black hole, providing a link between lighter stellar-mass and heavier supermassive black holes in a distant galaxy.