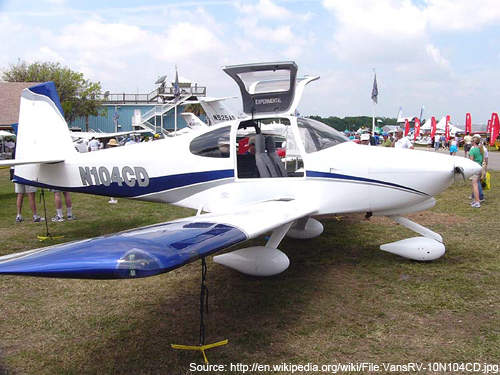 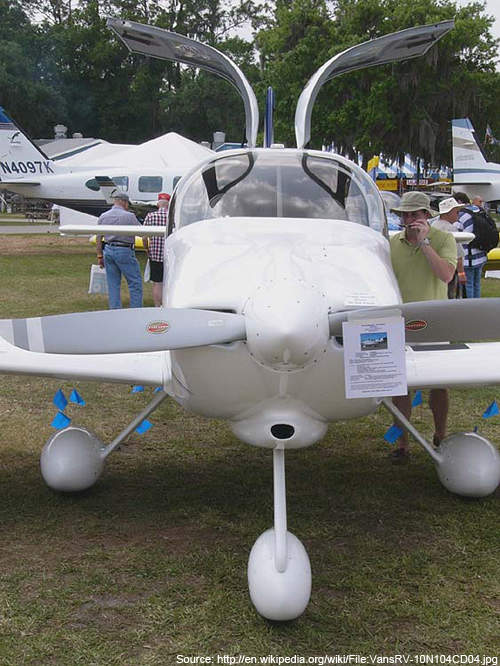 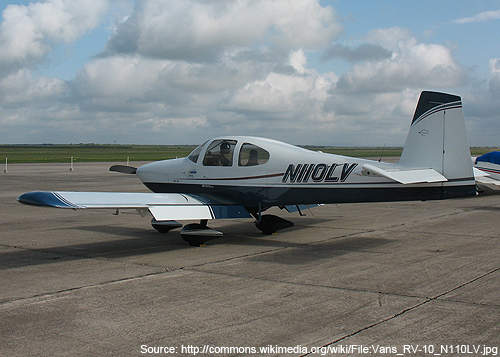 A single engine four-seat aerobatic airplane, the Van’s RV-10, is designed and manufactured by Van’s Aircraft, Austria. It is the first four-seat, low-wing and home-built aircraft in the RV series. The aircraft completed its maiden flight in May 2003 and was entered into service in September 2003. About 278 RV-10 aircraft were built up until February 2010.

Low cost, superior performance and less maintenance have made the RV-10, the best alternative in its series. The aircraft also decreases the workload of the pilot as it responds quickly to small control inputs. The aircraft has been constructed with aluminium material. The cabin structure and gull winged doors are built with composite materials.

Initially designed as touring aircraft, the RV-10 features aerobatic and lighter managing capabilities. The design of the aircraft primarily focuses on greater stability and payload. The aircraft has been designed without a hinged sliding canopy.

The design of RV-10 allows it to operate on very short runways. The aircraft can climb at high density altitudes. The high cruise speed of the aircraft can be achieved through clean and light airframe rather than through consumptive engine.

Occupant protection has been considered an important criterion during the design of RV-10. The computer-aided design of the aircraft produces the kit with pre-drilled rivet holes, thereby reducing assembly time for the manufacturer.

The aircraft features two brightly coloured light emitting diode (LED) displays, a multi-function or high-speed processing system and two gull-winged doors. It also features low stall and landing speed capabilities. The LED, which offers high visibility displays the range values in red and green. Green is indicated when the aircraft is within the range. When the aircraft is flying out of range, numbers will be spotted in red.

The aircraft’s doors provide access to the four seats. Fibre glass panels with central console are installed in the cockpit.

The RV-10 comprises a spacious and comfortable cabin with more leg room for passengers. The cabin can accommodate four adults, up to 6 feet 4 inch tall. If less than four people are travelling in the aircraft, the rear seats can be removed within a couple of minutes to provide additional baggage space.

The cabin’s interior has been designed with oregon aero seats and seat cushions to provide luxurious comfort to the occupants. The baggage compartment of the aircraft can take 100lbs through the baggage door on the left side.

“The design of the aircraft primarily focuses on greater stability and payload.”

The nosewheel mounting tube is joined to the engine mount and the aircraft can be manoeuvred with differential braking. The brakes are fitted to the rudder pedal toes.

The RV-10 is powered by a single six cylinder Lycoming IO-540D4A5 engine. Each engine can produce 157 to 194kW of power. The prototype aircraft was powered by IO-540 engine. It also features a Hartzell two-blade fixed-speed propeller. Each propeller can rotate at a speed of 2,700rpm.