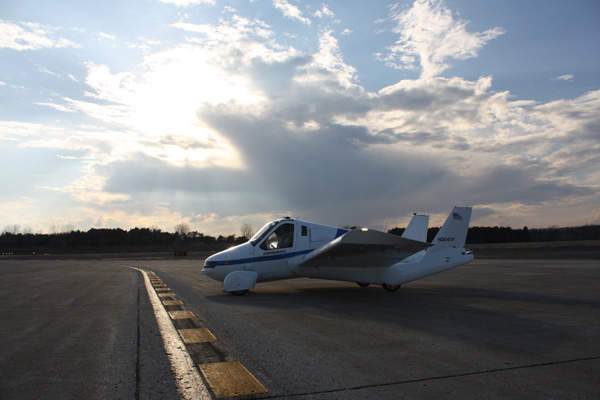 The Transition Roadable Aircraft (or Street-Legal Airplane) is a light sport plane being developed by US-based Terrafugia. Image courtesy of Terrafugia. 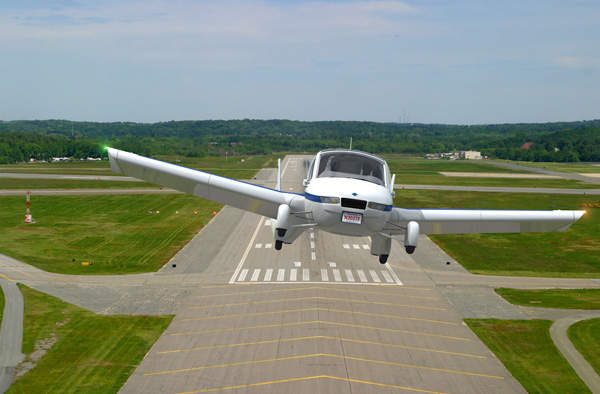 The unique Transition aircraft, which can be driven on road, was tested in March 2012. Image courtesy of Terrafugia. 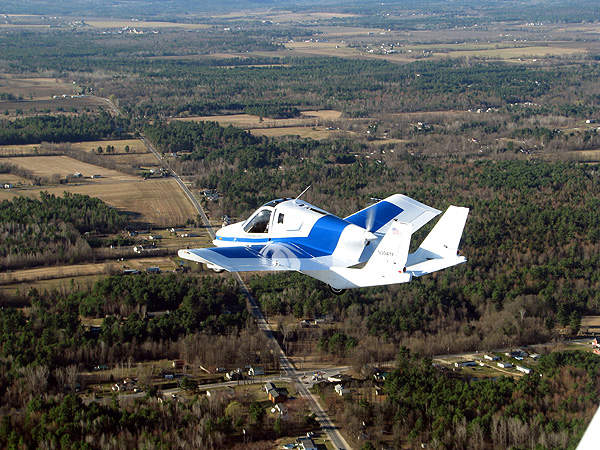 The prototype of the Transition flew at an altitude of 35m over the Plattsburgh International Airport in New York. Image courtesy of Terrafugia. 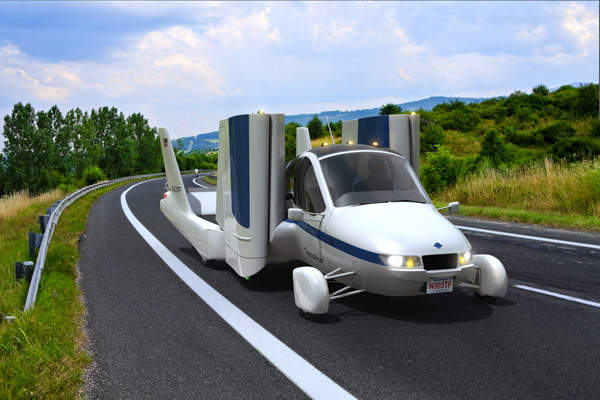 During the transition to the drive mode, the wings of the Transition get folded. Image courtesy of Terrafugia. 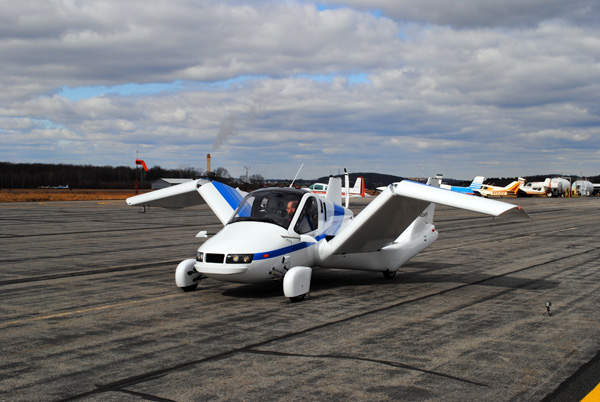 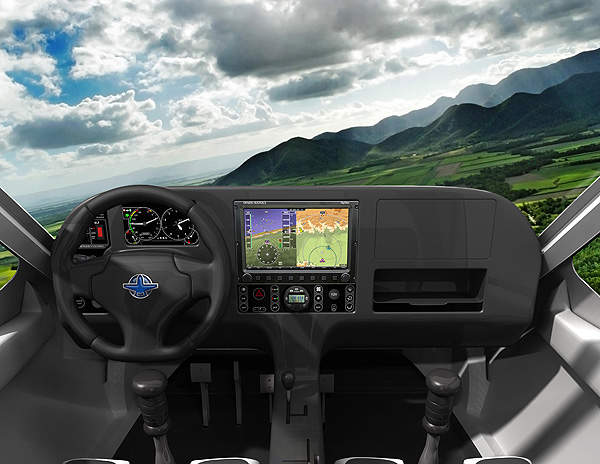 The 48" cockpit of the Transition includes a modern glass avionics system. Image courtesy of Terrafugia. 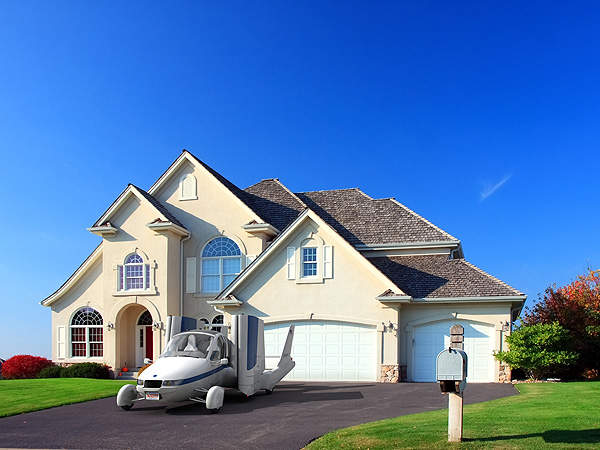 The Transition Roadable Aircraft does not require a hangar as it can be parked in a garage or a vehicle parking area. Image courtesy of Terrafugia.

Transition Roadable Aircraft (or street-legal airplane) is a light sport plane being developed by US-based company Terrafugia. The unique aircraft can be driven on the road when required, such as during inclement weather. Development of the aircraft began in 2006 and the prototype was tested in March 2012.

The prototype took off on its first flight from Plattsburgh International Airport in New York. The test flight successfully demonstrated the flying and driving capabilities of Transition. The plane reached an altitude of 35m. The Transition Proof of Concept was flight and drive tested in 2009.

Terrafugia is building two prototypes under the production of prototype phase. The first delivery of the aircraft is expected to take place in 2013. The aircraft will undergo six phases of flight testing to ensure the standards of a light sport aircraft are being met.

The Transition roadable aircraft is anticipated to cost $279,000. Terrafugia, meaning "escape the earth" in Latin, is based in Woburn, Massachusetts. It is a growing aerospace company which develops air and land vehicles.

Design and exemptions for the unique ‘flying car’ aircraft

"Terrafugia has, so far, taken 100 orders worth $25m. It will take the company two to three years to complete the deliveries."

Transition is a two-seater aircraft, six metres long and two metres high. It is 2.3m wide and has a wingspan of eight metres.

Gross take-off weight of the aircraft is 1,430lb (650kg) and its empty weight is 970lb (440kg). The Federal Aviation Administration has allowed the aircraft to weigh 100lb (50kg) more than the standard weight.

The National Highway Traffic Safety Administration (NHTSA) of the US has granted the Transition special exemptions in its design. The exemptions have enabled the ‘flying car’ aircraft to have tyres which are suitable for high speed driving and balancing of the vehicle weight.

Commonly used laminated automotive safety glass was replaced with polycarbonate materials. The laminate glass would have increased the weight of the vehicle, as well as affected the vision of the pilot in the event of a bird-hit. Polycarbonate material, however, reduces weight and also provides better protection to the users. The aircraft has automated electromechanical folding wings.

Simulations and safety features of the Transition street-legal airplane

Transition has automotive crash safety features. It has undergone simulated crash testing to meet various crash safety standards. Terrafugia claims that their vehicle is the only light airplane to undergo crash safety design and analysis.

The aircraft’s other safety features include an energy absorbing crumple zone, carbon-fibre occupant safety cage and automotive-style driver and passenger airbags. There is a full vehicle parachute available.

The cockpit measures 48" at the shoulder. It includes a modern glass avionics system. The cargo area can accommodate golf clubs and carry-on luggage. The two seats are placed next to each other.

Conversion between flight and drive modes of the Transition

The aircraft needs a 63.5m long runway to take-off and land, which means it can be flown only from airports and not directly from a road.

"The prototype took off on its first flight from Plattsburgh International Airport in New York."

In order to switch to the flight mode, the pilot opens the wings and does a standard pre-flight. A carbon-fibre drive shaft transfers the engine power to the propeller for flight.

During the transition to the drive mode, the wings get folded through the electro-mechanical mechanism. The pilot can activate this from inside the cockpit. The wings fold at the root and at the mid-span.

It takes 30 seconds for the wings to get stowed vertically on the sides of the aircraft. Meanwhile, the engine power is supplied to the wheels.

The vehicle moves on the rear wheels on ground. The roadable aircraft does not require a trailer or a hangar, as it can be parked in a garage or a vehicle parking area.

Performance and engine of the two-seater aircraft

The vehicle runs on a 100hp Rotax 912ULS four-stroke engine.

Production of the Transition roadable aircraft at Woburn and orders

Terrafugia has, so far, taken 100 orders worth $25m. It will take the company two to three years to complete the deliveries of the current orders.