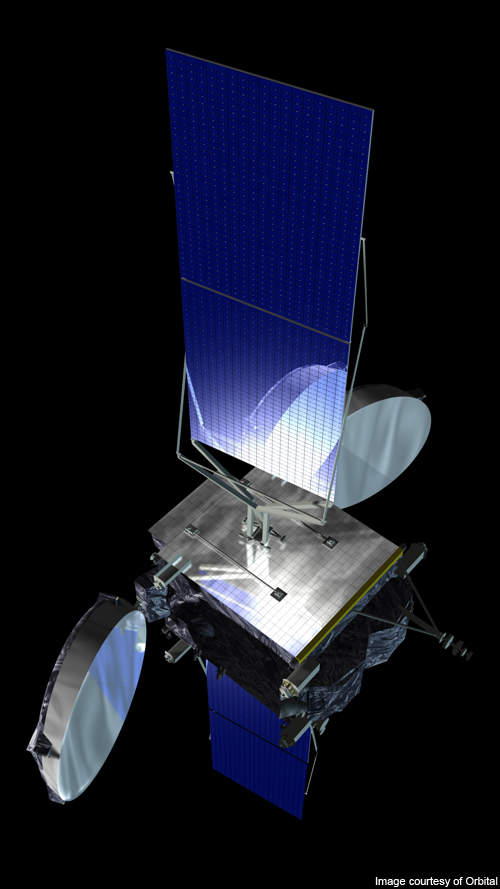 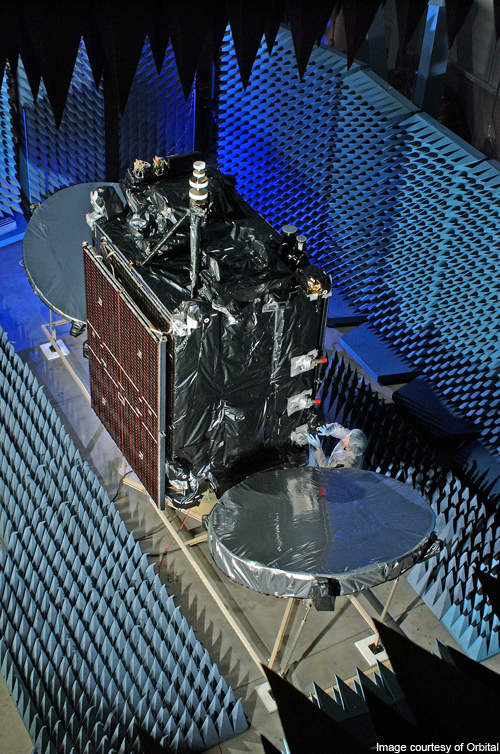 Telkom 2 is a communication satellite principally used to provide high speed communication for internet, data, voice and video services to Indonesia. It is being operated from 118° east longitude. The satellite is part of the Telkom series and cost approximately $73m. It was manufactured at Orbital’s Dulles facility in Virginia, US. Telkom 2 replaced its predecessor, the Palapa-B4 satellite, which is owned by Indonesian telecommunication company, Indosat.

The launch dates of the satellite were postponed thrice in November 2005 due to technical errors in the rocket launcher. The satellite was launched into geostationary orbit located 22,300mi above the Earth’s surface on 16 November 2005. It was launched through Orbital’s Star-2 bus platform on the piggyback of Ariane 5 launch vehicle from Kourou, French Guiana. The power network of Telkom 2 satellite serves thousands of VSATs by transmitting high-quality video signals.

Orbital Science Corporation received an order from PT Telkom to build one Telkom 2 satellite with another optional. The satellite improves communications coverage in Indonesia thereby facilitating Telkom 2 to extend its operations into south-east Asia and the Indian subcontinent.

Telkom 2 is designed to serve for a lifespan of 15 years. The satellite weighs around 1,930kg and consumes 5kW of power. Two solar panels are incorporated on either sides of the satellite bus and offer electricity in the event of power system failure.

The satellite is powered by an IHI 500 N engine, a liquid bi-propellant transfer orbit system and a monopropellant (hydrazine) on-orbit system. The solar panels absorb thermal energy from the Sun and convert it into electrical energy.

“The satellite weighs around 1,930kg and consumes 5kW of power.”

The Telkom 2 is a digital channel transponder satellite, which offers communication capacity, connectivity, and flexibility. 24 C-band of 36MHz frequency are installed in the satellite.

Four channels in each band are cross strapped to the opposite band for offering new service capability. The C-band provides telephone, cable distribution and corporate network services to Indonesia, Southeast Asia and Indian Subcontinent.

The Telkom 2 is equipped with two groups of 15-for-12 linearised travelling wave tube antennas (TWTA). Each TWTA antenna can produce 39w of radio frequency at operating point. It is also mounted with two dual-gridded shaped-beam reflectors of 2m length.

Manufactured by US based Orbital Science Corporation the Star-2 is a fully flight proven satellite bus principally used for geostationary communication.

“The system is principally used to track and control the satellite when deviating from its orbit.”

It has been designed to reduce the manufacturing cycle times.

The Star-2 bus is fitted with an MIL-STD-1553B flight processor, which processes ground communication.

It can accommodate more than 500kg of payload and offers more than 5kW of power.

Telkom 2 was launched atop of the Ariane 5 launch vehicle, from the Guiana Space Centre, Europe’s spaceport in French Guiana. The Ariane 5 can lift heavy spacecraft and is manufactured by ArianeSpace, France. It can carry satellites weighing 10 metric tons and 20 metric tons into geostationary orbits (GTO) and low earth orbits (LEO) respectively. The launch vehicle is 50.5m long and its lift-off mass is 780t.

Orbital Science Corporation is the prime contractor involved in the manufacturing of the state-of-the-art ground control station. The satellite was launched into orbit and can be controlled by three operational centres in Indonesia, South Asia and the Indian Sub Continent using ground equipment, hardware and software.

A Global Satellite Configuration and Control Element (GSCCE) is used to control and track the satellite using the Telemetry Tracking and Command links (TT&C) system. The system is principally used to track and control the satellite when deviating from its orbit. The satellite and ground station can be communicated by transmitting or receiving TTC commands through 36MHz (bandwidth) allocated to the service provider.