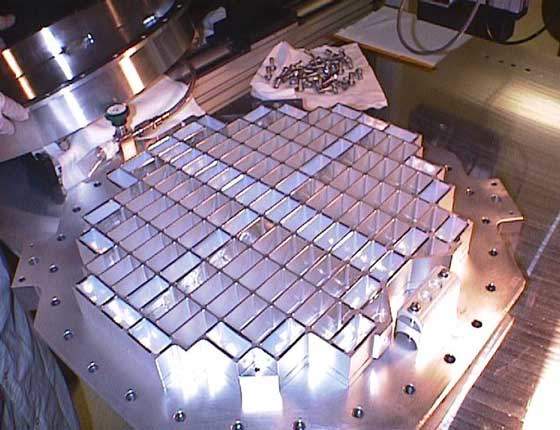 The dust collecter with aerogel used on the Nasa Stardust craft. 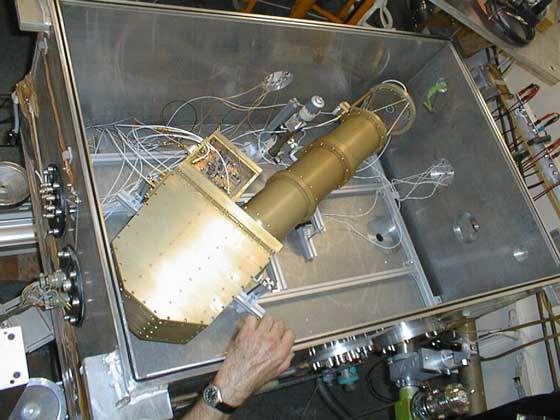 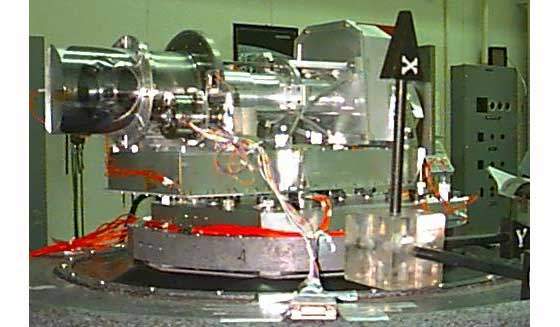 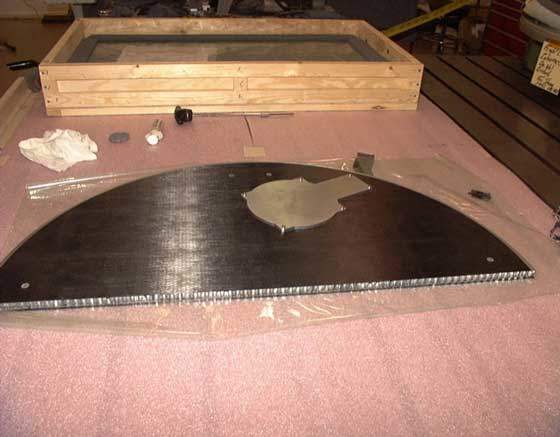 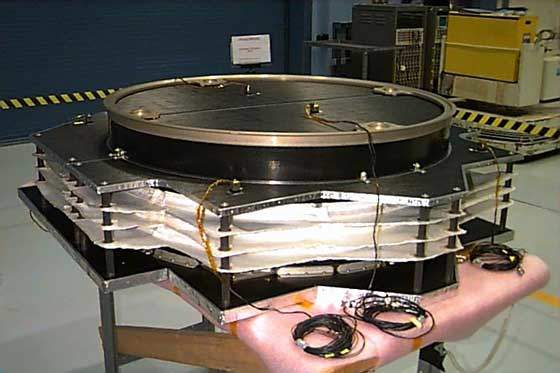 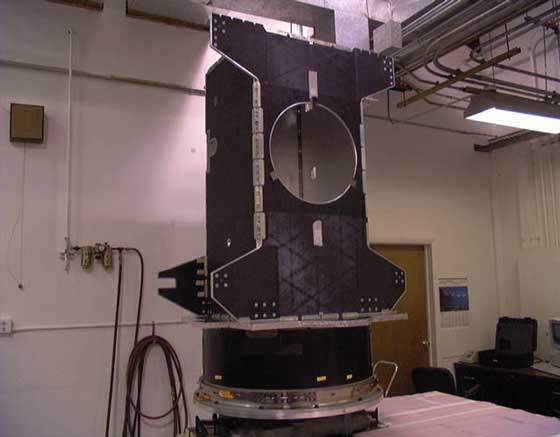 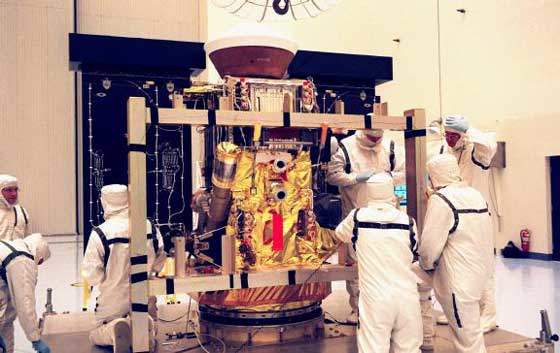 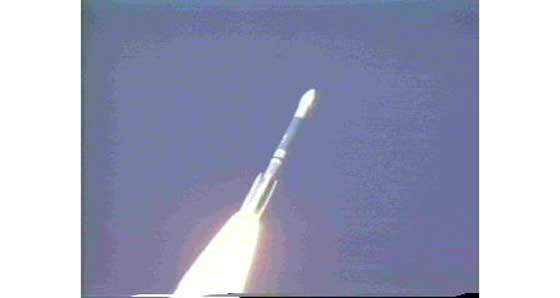 Diagram of the Stardust probe.

Stardust is a Nasa space mission to fly close to a comet and, for the first time ever, bring cometary material back to Earth for analysis. The probe received the Popular Mechanics’ Breakthrough Award 2006 for innovative design, mission planning and execution, and scientific achievement.

The Stardust spacecraft was launched on 6 February 1999 from Cape Canaveral, Florida, after delays, which were caused by warning alarms. The mission was the first by Nasa dedicated solely to a comet and the first robotic return of extraterrestrial material from outside the orbit of the moon.

The main aim of the project was to cross the path of the Wild 2 comet and collect dust particles for analysis in space and to later return the particles to Earth for further investigation. The comet to be analysed was thought to carry materials comprising ancient presolar interstellar grains and nebular condensates. These include remnants left over from the formation of the solar system and thus, are thought to hold information about the evolution of the sun and planets, and possibly the origin of life itself.

“The main aim of the Stardust project was to cross the path of the Wild 2 comet.”

The probe cruised at 70,000mph. It was launched in February 1999 and, by March, was nearly 6.5 million miles from the Earth, tracked continuously through the large antennas of Nasa’s global deep space network.

The probe used two Earth-gravity assists to enter an orbit around the Sun. It made three loops around the sun, crossing the trajectory of the comet on the second. The crossover occurred on 2 January 2004. The spacecraft flew to 250km from the comet collecting the samples of the comet particles.

Stardust then deployed a sponge-like aerogel that gradually absorbed the particles of dust in order to prevent their damage. The gel was designed to catch the dust particles without vapourising them. The particles are smaller than a grain of sand and travel at a speed nine times faster than a bullet.

The cometary and interstellar dust analyser analysed the dust as the probe travelled through space, and then sent the information back to Earth. The probe also snapped pictures of the comet as it passed its trajectory.

On 15 January 2006, the collected particles were dropped off in a re-entry capsule that parachuted to Earth and landed on the US military’s Utah test and training range near Salt Lake City.

Following collection and analysis, the craft began its return journey to Earth, which took over two years, touching down on 15 January 2006. The probe was put in hibernation the same month, after logging in seven years of flight.

The craft was set inside a protective metal shell, which was placed upon a Boeing Delta II 7426 launch vehicle. The vehicle consisted of three stages stacked on top of each other, plus four small solid-fuel rockets strapped to the outside of the first stage. Each rocket contained 11,765kg (25,937lb) of hydroxyl-terminated polybutadiene (HTPB) propellant and provided an average thrust of 446,023N (100,270lb) at sea level. The total weight of the spacecraft, including the sample return capsule and propellant carried onboard for trajectory adjustments, was 385kg (848lb).

The three stages each had their own rocket motor, with the first two using liquid rocket fuel and the third using solid rocket fuel. The first stage was lift-off and insertion into a 189km (102-mile) parking orbit – a low orbit around the Earth. The second was a coast of about half an hour, until the vehicle’s position was properly aligned relative to the direction it must leave Earth. The final stage was the injection to an escape trajectory.

“On 15 January 2006, the collected particles were dropped off in a re-entry capsule that parachuted to Earth.”

The four solid rocket strap-ons were discarded and fell into the ocean 66 seconds after lift-off, with the remaining strap-on boosters released a second later. The craft was then be travelling at a velocity of 3,862km/h (2,390mph). The central first stage continued to burn for another three minutes powered by an RS-27A engine that used 96,160kg (212,000lb) of RP-1 and liquid oxygen as its fuel and oxidiser. After 4.4 minutes, stage one shut off and the craft was then travelling at 20,096km/h (12,439mph).

This propellant is a mixture of hydrazine and unsymmetrical dimethyl hydrazine (UDMH) and uses nitrogen tetroxide as the oxidiser. At this point, the shell covering of the craft, known as the fairings, was discarded. A ten minute coast was then followed by a second burn.

The spacecraft was then ‘spun up’ before the stage-three burn launched the craft out of Earth orbit and on trajectory with the sun. This third and final stage used a Thiokol Star 37 FM booster. The burn lasted 88 seconds and used thrusters mounted on the arm of stage three to prevent spinning and maintain stability. Stardust then separated from stage three and used its own thrusters to stop spinning.

By August 2009, Nasa scientists had discovered glycine, a basic building block of life, from the samples collected from Wild 2 by Stardust.

In October 2006, Nasa selected the Stardust spacecraft for Stardust NExT mission – to fly past the Tempel 1 comet and observe changes since the completion of the Deep Impact mission of 2005. The spacecraft was subsequently assigned the mission to revisit Tempel 1 in July 2007. The key objective of is to investigate the changes of the comets nucleus following its close contact with the sun in 2005. This mission is scheduled to launch on 14 February, 2011.

The Stardust spacecraft was restarted, manoeuvred and recovered from safe mode throughout 2007, making it ready for the forthcoming NExT mission.